Major study into the environmental effects of nanosilver

Swiss researchers show that nanosilver is quickly transformed into less problematic substances on its way to the wastewater treatment plant. 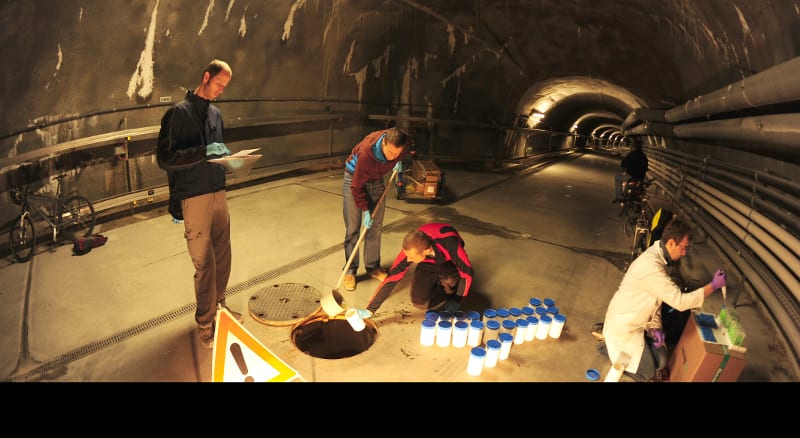 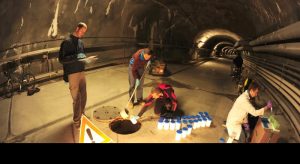 Nanosilver in wastewater can cause severe environmental damage if it occurs as a metal. A study conducted within the scope of the National Research Programme “Opportunities and Risks of Nanomaterials” (NRP 64) now shows that nanosilver is quickly transformed into less problematic substances on its way to the wastewater treatment plant. In addition, it is efficiently retained in the sewage sludge so that only a small portion of it reaches the water systems.

Nanosilver is the show horse in the nanotechnology stable – not only does it hold great promise for the future, it is already contained in hundreds of consumer products today. Cosmetics, food packaging, disinfectants and cleaning agents are but some examples. Nanosilver is also commonly used in antibacterial socks and functional clothing. An estimated 300 tonnes or more of nanosilver are used each year the world over – and a substantial part of it enters the water cycle via wastewater. Within the scope of the National Research Programme “Opportunities and Risks of Nanomaterials” (NRP 64), a team led by Ralf Kägi from Eawag in Dübendorf has for the first time examined more closely just what happens to nanosilver on its journey from the drainpipe to the wastewater treatment plant, and in what form it is eventually released into the environment.

The researchers took samples from the Swiss wastewater system in order to study how nanosilver is transported. In addition, they established through laboratory experiments what happens to nanosilver in wastewater or in the wastewater treatment plant. They discovered that nanosilver does not remain in its metallic form for very long: it is efficiently transformed into a silver sulfide salt. “We presume that sulfidation already largely takes place in the sewer channel,” Kägi says. That’s good news, because “these salt crystals cause much fewer problems, the silver is much less soluble in this form”. Dissolved ions are the main reason why silver can be harmful to the environment and can stop bacteria from getting to work in the sewage sludge.

The Eawag researchers have for the first time clearly shown that nanosilver, too, is quickly transformed into silver sulfide – regardless of how the particles are coated. Until now this effect was only known from wastewater produced by the photo industry. Whether as metallic nanoparticles, as dissolved silver ions or as an insoluble silver saline deposit, the original form of the silver apparently does not play a crucial role in sulfidation. However, the salination speed depends heavily on the size of the particles: small nanosilver (10 nanometres) is very rapidly transformed, while larger particles may never fully sulfidise and may continue to release silver ions into the environment.

The researchers were also able to show that approximately 95% of the nanoparticles are bound in the sewage sludge. Only 5% of the silver remains in the treated water. This percentage could be further reduced by using better particle filters. Venturing into the nano dimension would not be necessary, though: the sulfidised nanosilver aggregates almost entirely on large particles in the wastewater. With a reasonable effort, they could be removed more efficiently from the wastewater than is presently the case.

The study did not examine what happens to nanosilver in the sewage sludge thereafter. In Switzerland, it is not permissible to use sewage sludge on farmland, and most of the sludge is therefore burned. The heavy metals separated in this process should not be released into the environment in large quantities.