Long COVID appears to be uncommon in children, analysis finds 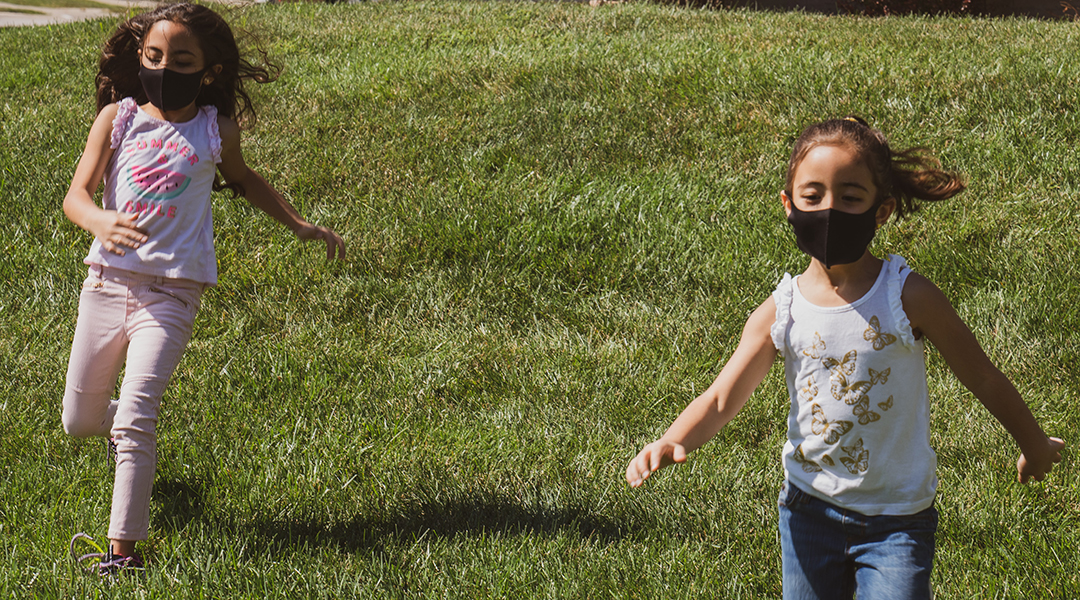 Children who develop symptoms of COVID-19 typically get better after six days and the number who experience symptoms beyond four weeks is low (4.4%, 77/1,734), a large observational UK study has confirmed.

The study, based on data reported through a smartphone app by parents and carers, provides the first detailed description of COVID-19 illness in symptomatic school-aged children and provides reassurance that long-term symptoms are rare.

“It is reassuring that the number of children experiencing long-lasting symptoms of COVID-19 symptoms is low,” said Professor Emma Duncan, lead and senior author of the study, from King’s College London. “Nevertheless, a small number of children do experience long illness with COVID-19, and our study validates the experiences of these children and their families.”

Some adults experience a prolonged illness after COVID-19 (sometimes described as “long COVID”) where symptoms persist for four weeks or longer, but it is not known whether children can develop a similar condition or how common this is. Many children infected with the SARS-CoV-2 virus do not develop symptoms, but those who do tend to have a mild illness.

In the new study, the researchers used data collected through the ZOE COVID Study smartphone app, which includes data from more than 250,000 UK children aged five to 17 years. Symptoms were reported through the app by their parents or carers (rather than assessed directly in children) and the team did not collect data regarding school attendance.

The team focused on reports collected between 1 September 2020 and 22 February 2021. Some 1,734 children developed symptoms of COVID-19 and received a positive PCR test result close to the onset of symptoms, with their symptoms reported regularly until they were healthy again. This meant the researchers could accurately attribute these children’s symptoms to COVID-19 and could assess illness duration robustly. Overall, these children were ill for an average of six days and experienced an average of three symptoms in the first week of illness, confirming that COVID-19 tends to manifest as a mild illness in children and that they usually recover quickly.

Most children recovered within four weeks, with a minority experiencing symptoms after a month (4.4%, 77/1,734). Typically, they had only two symptoms remaining after four weeks. The commonest symptom experienced by children with long illness duration was fatigue. 84% (65/77) of children were reported with fatigue at some point in their illness, and this was the most persistent symptom. Headache and loss of sense of smell were also common, (each symptom experienced by 77.9% (60/79) of children at some stage over the course of their illness). However, headache was more common early in illness whilst loss of sense of smell tended to occur later and to persist longer.

Dr. Erika Molteni, first author of the study, from King’s College London, said: “We found that nearly a quarter of symptomatic children testing positive for SARS-CoV-2 during the UK’s second wave did not report core symptoms, suggesting the UK testing policy needs reconsideration.”

Importantly, the researchers also assessed the children who tested negative for COVID-19 who may have had other childhood illnesses, such as colds and flu. To do this, they randomly selected a group of age-matched and gender-matched children with symptoms reported through the app who were tested at the same time as the positive children.

“Our data highlight that other illnesses, such as colds and flu, can also have prolonged symptoms in children and it is important to consider this when planning for paediatric health services during the pandemic and beyond,” said Dr. Michael Absoud, a senior author of the study and Consultant & Senior Lecturer at King’s College London. “This will be particularly important given that the prevalence of these illnesses is likely to increase as physical distancing measures implemented to prevent the spread of COVID-19 are relaxed. All children who have persistent symptoms — from any illness — need timely multidisciplinary support linked with education, to enable them to find their individual pathway to recovery.”

The authors note some limitations to their findings. They could not cross-check the symptoms reported by parents and carers with health records (noting that most children were managed in the community), and there may be inconsistencies in the way people interpret symptoms on behalf of their children. Crucially, only children who had an adult who was participating in the COVID Symptom Study were able to participate, which may bias participation towards certain demographic groups.

They also note that their findings on the number of children experiencing prolonged symptoms are lower than the most recent figures from the UK Government’s Office of National Statistics (ONS). They say this discrepancy may arise because of differences in way the two studies define the end of COVID-19 illness. The current study also allowed for children to have relapsing and remitting symptoms (allowing for periods of a up to a week of being completely healthy). When the ONS used similar cut-offs, the differences between the figures reported here and the ONS data were quite similar. Additionally, ONS estimates are based on data collected monthly, which relies on individuals remembering details of when symptoms were experienced, whereas the COVID Symptom Study collects data in real time.

“We hope our results will be useful and timely for doctors, parents, and schools caring for these children — and of course the affected children themselves,” added Duncan.

Why are antiviral drugs for COVID-19 difficult to find?
Some gluten-free celiac patients still experience tissue inflammation
A smart laparoscope that self-adjusts during surgery
The four horsemen of the COVID-19 pandemic