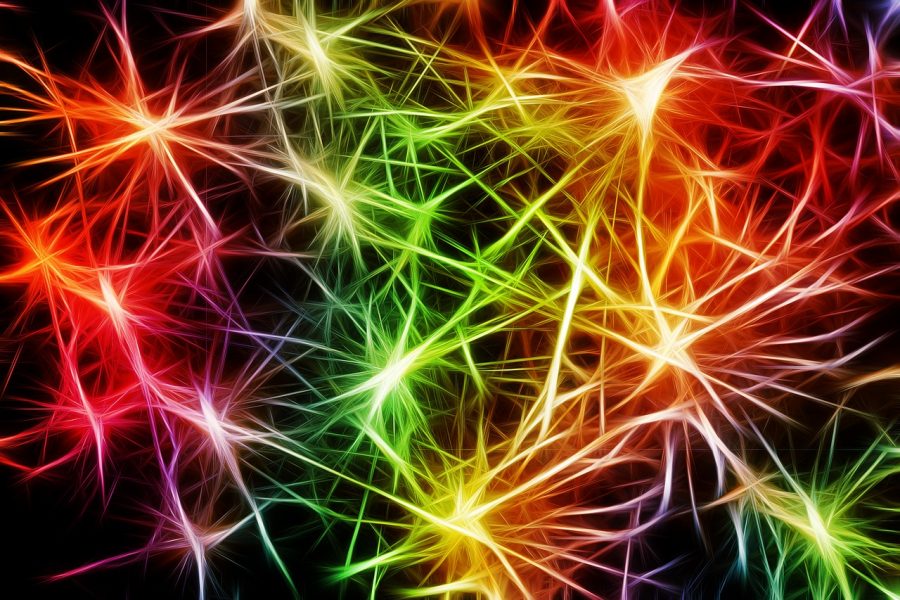 Synaptic pruning describes an important developmental process by which inefficient or redundant synaptic connections are removed in order to refine the neuronal connectome. This process occurs between early childhood and puberty, and is influenced by extrinsic factors. In addition, neuronal activity plays an important role during pruning such that active connections are protected from pruning while inactive ones are selected for removal.

In his “Hypotheses” article published in BioEssays, James Cobley makes a connection between synapse pruning and mitochondrial reactive oxygen species (ROS) as shown in the figure below. Panel A symbolizes two synaptic inputs (blue and grey) making a connection to the same neuron. Over time, the active blue input gains territory while the inactive grey input is eventually forced to withdraw. In panels B and C, Cobley proposes what happens – on a molecular level – in the blue (“winning”) input and the grey (“losing”) input, respectively. In the active input (panel B), neuronal activity results in high ATP synthesis, high respiration and low Δp. This in turn decreases mitochondrial ROS production at complex I and III. Consequently, the concentration of mitochondrial ROS is insufficient to activate intrinsic apoptosis-dependent pruning. In the inactive input (panel C), on the other hand, neuronal inactivity results in low ATP synthesis, low respiration and high levels of NADH. This leads to an increased mitochondrial ROS production at complex I and III. This higher level of mitochondrial ROS subsequently initiates intrinsic apoptosis-dependent pruning. 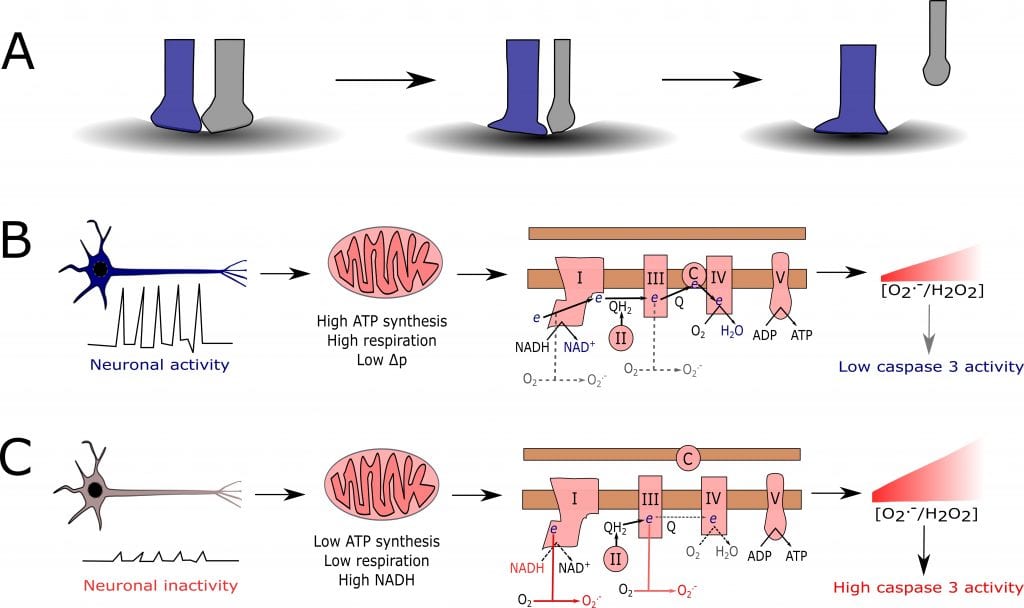 In the following, Cobley discussed some mechanistic considerations that are relevant to his hypothesis. Furthermore, he hypothesizes that dysregulated mitochondrial ROS production may contribute to neurological defects and pre-eclampsia and may also play a role in age-related synapse loss. Therefore, biological contexts ultimately dictates whether mitochondrial ROS-mediated pruning is beneficial or deleterious.