Space exploration and grocery shopping—how light-powered robots can help us with mundane and unimaginable tasks. 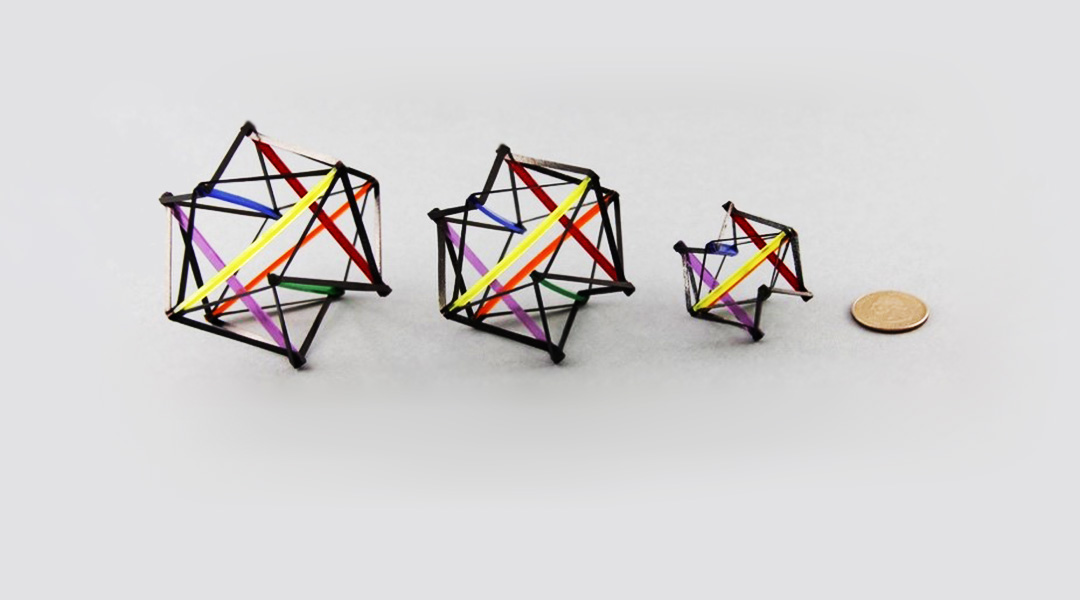 Humans have dreamed of robots for generations to help make unattainable tasks possible. Space exploration, for example, would be a whole lot easier if light-weight, space-compatible robots could be realized.

On earth, progress has been made toward functional robotics that can help with daily tasks. Biomimetic soft robotics are one of the more recent achievements and have so far been used for advanced healthcare applications.

In general, however, robots continue to underperform compared to humans in basic tasks like load carrying. In humans and animals, a musculoskeletal system made of rigid bones and flexible muscles helps to carry heavy loads. Robots do not usually comprise such multifunctional systems, instead opting for either hard material components or soft deformable materials.

A hybrid tensegrity robot built from compressive stiff plexiglass struts and soft artificial muscle fibers has been designed to overcome some of these issues. The robot mimics the musculoskeletal system of animals, successfully dissipating impact energy throughout its structure, which gives it superior load-carrying capabilities. What’s more, this robot can be controlled by light.

The artificial muscle fibers are composed of liquid crystal elastomer–carbon nanotube composites that reversibly deform on exposure to near-infrared light. Connecting four fibers to the end of each strut results in an icosahedron-shaped robot (see image, above). Due to the large free space in the robots structure, this design is noticeably lightweight.

Upon irradiation with light, the robot can roll in multiple directions and on a multitude of surfaces, including sand and gravel, showing its potential for operation in complex environments.

Loading the robot up with supplies 7.5 times the weight of the robot itself proved no hinderance to its movement, as it effortlessly rolled while keeping its fragile cargo intact (see video). Even when loaded with a fragile cargo like a quail egg and rolled from a table surface half a meter above the ground, the cargo and the robot remained intact.

Light-powered and highly deformable, this ultralight, scalable robot has the potential to revolutionize many industries on earth—and even those as-yet unimaginable in the depths of space!