Light Kills! But Not if You Know How to Use It…

Phototoxicity is a serious challenge for fluorescence microscopy of living cells... 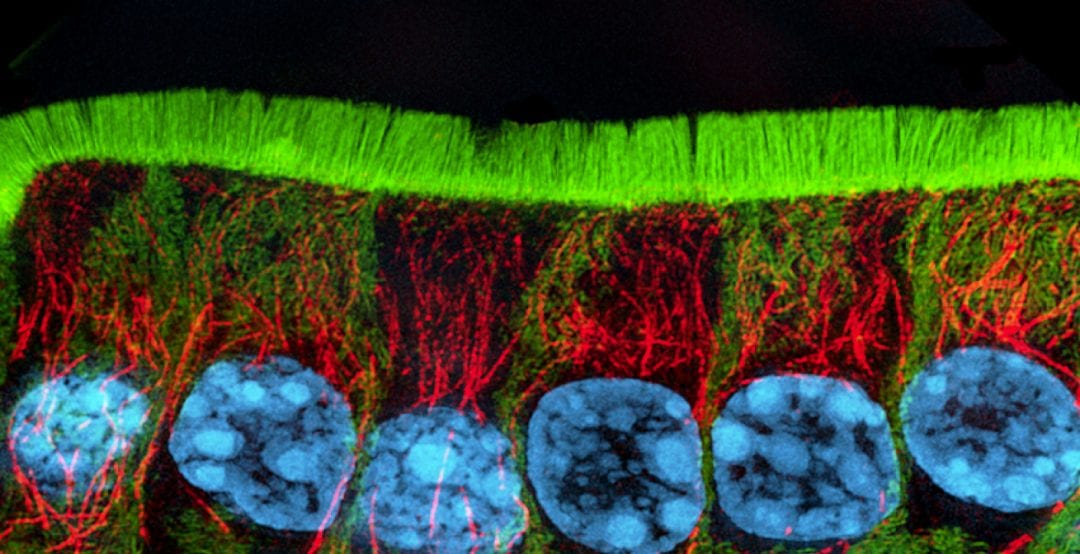 Are you seeing living cells behaving normally, or is the light you’re using to illuminate them causing artifacts? Are the cells you’re studying even surviving the illumination long enough for you to collect meaningful amounts of data?

This can be a serious problem, and has led to many a false conclusion or frustrated experiment: even if photobleaching (light-induced degradation of the fluorophore used for imaging) is mild, changes in cell physiology can already have started to occur, and may be quite significant. But these days there are ever more ways of reducing the damage caused by illumination, as explained by Icha et al. in the August issue of BioEssays.

Essentially, photodamage is caused by reactive oxygen species, which can result from photo-degradation (photobleaching) of the very fluorophores used for imaging, or from light-induced reactions of excited constituents of the cell. Reactive radicals can be quenched to a certain extent by adding an antioxidant (such as ascorbic acid) to the medium in which the cells are suspended.

Still, light is light, and so other methods of reducing its toxicity revolve around illuminating the sample only in the focal plane: this can be achieved via TIRF microscopy (internal reflection, which creates an evanescent field that illuminates the sample at a very thin depth near the reflection boundary); two-photon microscopy, which limits fluorescence excitation to the focal volume; and Light sheet fluorescence microscopy (LSFM), which basically manipulates the illumination into a thin sheet that goes across the sample perpendicular to the axis of the objective lens.

Other methods of sparing the sample include reducing the peak beam intensity, pulsing the illumination to reduce the total time of exposure, and using longer wavelength light. But on the detection side there are innovations that can help too, for example increasing the sensitivity of detection. These measures combined with more efficient monitoring and diagnosis of photodamage can significantly increase the lifespan of cells and reduce the occurrence of artifacts.