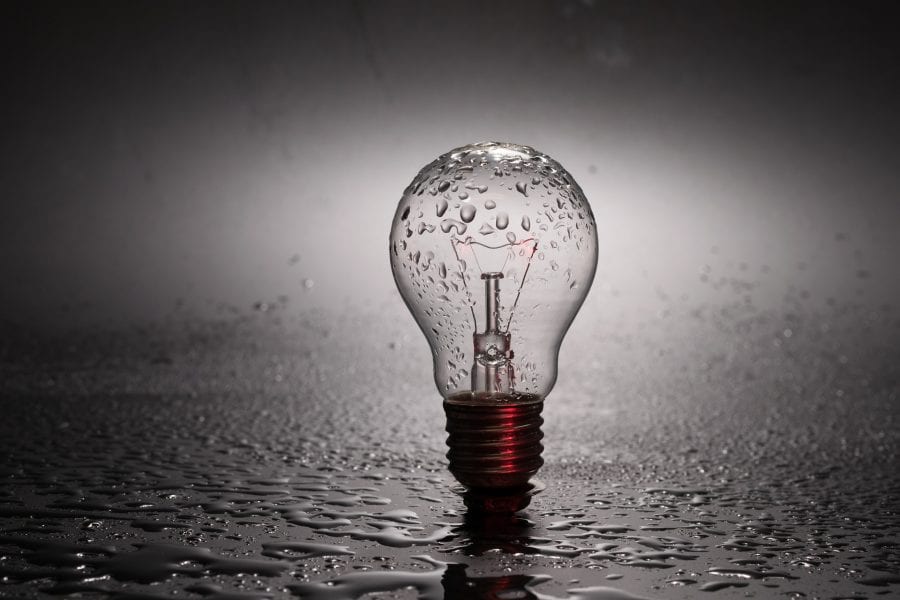 Actuators made of photoresponsive polymers can generate light-driven deformations or have shape-memory properties, making them undergo sophisticated movements, with wide applications in artificial muscles, microrobots, micropumps, microvalves and so on. However, light-controlled actuators that are able to exhibit robust, self-propelling (continuous), macroscopic motions with tunable moving speed and controllable moving direction remain to be a challenge. 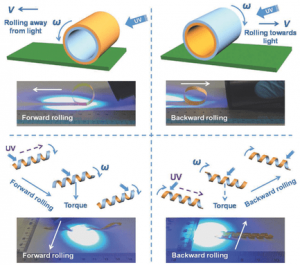 To address the above-mentioned problems, the research groups from Sichuan University and Université de Sherbrooke recently demonstrated a strategy using a photoresponsive malleable actuator with mechanical strain energy stored in the polymer beforehand.

By prestoring mechanical strain energy in a reprocessable azobenzene-containing liquid crystalline network  (azo-LCN), unprecedented mechanical force can be generated under UV light irradiation. As they demonstrated, upon exposure to the UV light, the stretched film made of azo-LCN generated a large contractile stress that increases with the strain, reaching about 4 MPa for the film at 100% strain and close to 7 MPa for the film at 200% strain, which is much higher than the photoinduced forces found in the unstretched counterpart. The large force arises from both the direct optical to mechanical energy conversion due to the trans-cis photoisomerization of azobenzene mesogens on the chain backbone and the photo-triggered release of the stored strain energy resulting from chain relaxation.

This unprecedented mechanical force enables continuous light-driven motions of large polymer actuators with tunable moving speed and controllable moving direction. As a proof of concept, they tested a“vehicle” with bilayer films as a spring-like “motor”.  The“vehicle” can roll away from or toward the UV light by setting the stretched azo-LCN film as the inner or outer layer. Impressively, even after 100 rotations, the wheel showed no sign of decreased speed or sensitivity. In addition to the controllable rolling direction, the rolling speed could be controlled by adjusting the amount of stored energy in the azo-LCN that is proportional to the elongation degree.

The use of stored strain energy to amplify the magnitude of photoinduced mechanical force opens new avenues of studies and can be further explored for various applications of light-driven polymer actuators.

Neri Oxman and the age of "Material Ecology"
Methane on Enceladus could be a possible sign of life
The best of both worlds: Connecting paper books to digital media
What's on the table at COP26?