A selective weapon that can be remotely controlled to kill bacteria independently or in concert with current antibiotic approaches. 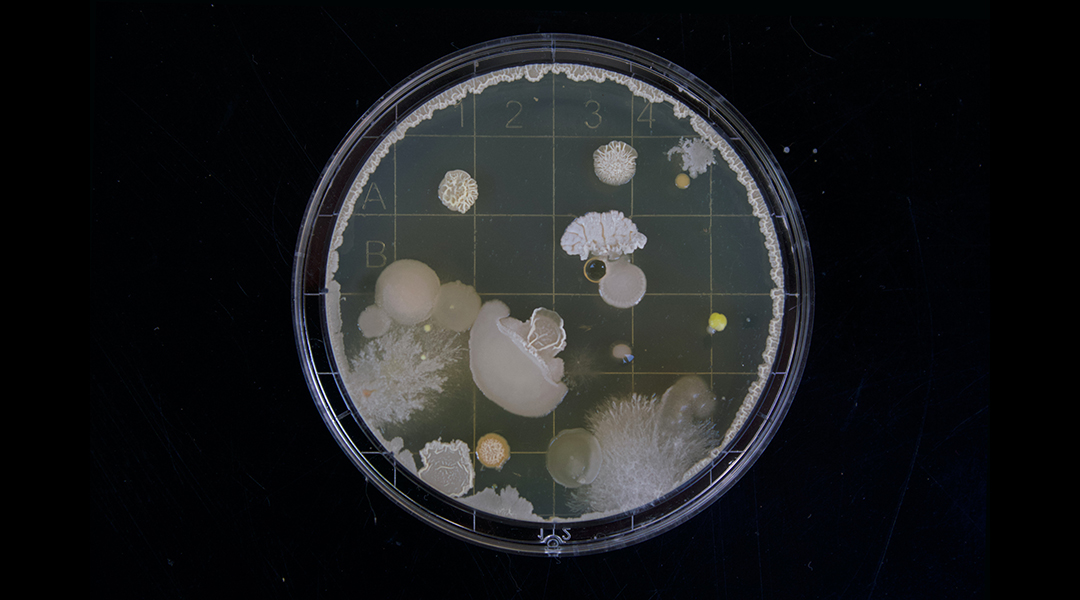 Antimicrobial resistance is a challenge on the smallest of scales, but with the greatest of stakes. As our use of antibiotics has grown, in live-saving hospital interventions, in handy treatments quelling all manner of infections, and on livestock around the world, bacteria have risen to the challenge, adapting to evade our attacks.

Losing our ability to combat bacterial infections would mean millions of deaths and a great step backwards for humanity. New antibiotics, and improved stewardship of those currently in use to limit resistance, is essential but progress on both fronts has been slow relative to the urgency of the threat.

Molecular machines could be a powerful addition to our arsenal. Researchers at Rice University have developed tiny, synthetic motors that can launch attacks on bacteria in ways they may never encounter in nature, and so are ill-equipped to repel.

The diminutive devices are built around a switch that responds to light, prompting rapid motion when activated. This movement can be either a continuous twitch between two different poses or circular spinning that turns the molecules into drills that pierce bacteria’s protective membranes. Previous research found success with the drilling approach, but these bacterial battering rams can be a little indiscriminate in their action.

Now the team has developed a new iteration of the molecular machines that weaken bacteria in a different way. In a paper published in Advanced Science, the researchers describe experiments revealing that this version — built around a light-responsive switch made of hemithioindigo — was more devastating to bacteria when performing the flipping motion than the drilling. This suggests the mode of action this time around wasn’t based on pure physical force, but something else.

Initial tests revealed that they selectively kill Gram-positive bacteria, a type of bacteria that includes the persistent superbug, MRSA, that runs riot in hospitals, but not Gram-negative. As the molecules switch between the two positions, they disturb material around them and generate highly reactive chemicals called reactive oxygen species. These weaken bacteria, causing the thinning of their walls and leakage of internal contents.

“These are not killing cells by mechanically ripping open the membranes like the earlier [molecular machines] do,” said one of the study’s authors from Rice University, James Tour. “They induce enough disruption that reactive oxygen species and free radicals are generated and end up killing the cells. It’s not the fast necrotic death that we saw before. It’s a little bit slower, but it’s extremely efficient.”

This can directly lead to the collapse of bacteria colonies, including persister cells and biofilms, which can outlast conventional therapies, causing a resurgence and gradually building dangerous resistance each time they encounter and survive a wave of antibiotics. The new machines also help prime the bacterial population for easy attack with existing antibiotics.

A selective weapon against antimicrobial resistance

The approach appears to work on Gram-positive bacteria only because of key differences in the membrane structure of Gram-positive and negative bacteria. Mammalian cells have similarly robust defenses against the oxidative stress that damages bacteria due to differences in the electrical charge of their membranes and the stiffening presence of cholesterol, meaning the risk of collateral damage to the patient is reduced.

“An important advantage of these molecules is that they have a narrow spectrum of activity and selectively kill a specific group of bacteria: Gram-positive bacteria,” said the paper’s co-lead author, Ana Santos. “Therefore, they are less likely to cause the side effects seen with broad-spectrum antibiotics that indiscriminately kill both ‘bad’ and ‘good’ bacteria, and they are also less likely to lead to resistance because only one group of bacteria is affected.”

A selective weapon which can be remotely controlled using visible light and can kill bacteria independently or in concert with current approaches without harming human cells is a tantalizing prospect. Beyond experiments in the lab, a potential use would be for burn wounds. These exposed injuries are often infected with stubborn Gram-positive bacteria, and prone to reinfection and resistance development. And a light-activated solution is particularly practical on the surface of skin.

Initial tests on a model species were promising: Moth larvae infected with MRSA could only survive past seven days with treatment of both antibiotics and the hemithionidigo machines — conventional treatments alone weren’t enough.

There’s plenty of work to be done to move from treating moth burns in a lab to tackling the global antimicrobial resistance crisis, which was the third leading cause of death around the world in 2019, and could claim ten million lives each year by 2050 if nothing is done. But perhaps the light that activates these molecular machines is a beacon of hope for the future.

Volumetric bioprinting: The new paradigm in regenerative medicine
The road towards the first image of a black hole
A natural way of turning off the carbon dioxide tap, California style
Is the Universe running out of stars?