Lifting a Little Load with Light 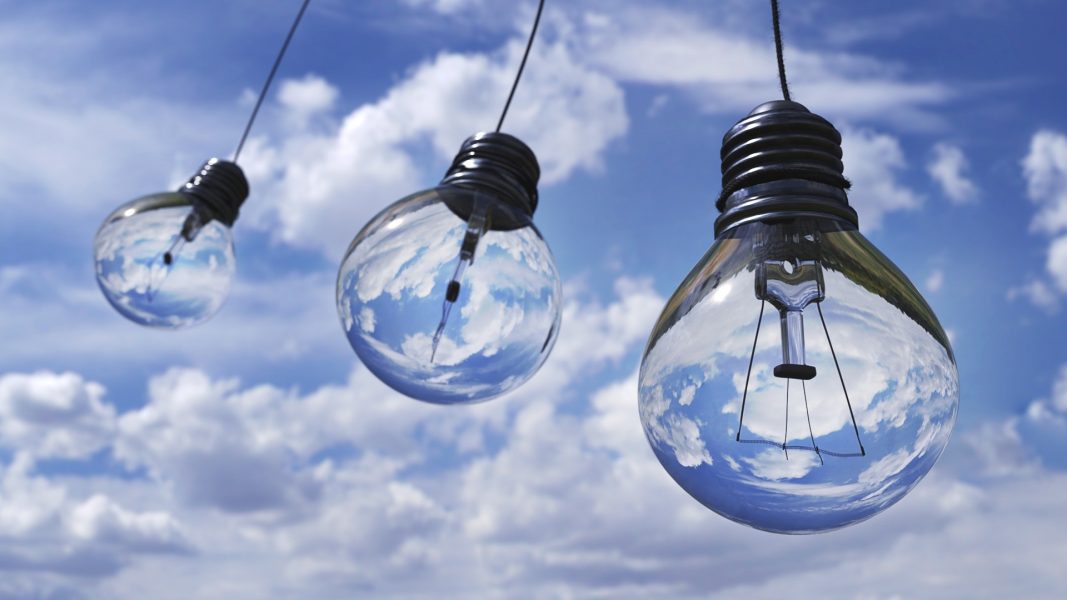 The protocols by which chemical reactions are set up, tend to be tried and tested. For example, reactant A and reactant B added to a solvent and stirred for a few hours to give product C. It is not often that new techniques are added to the chemist’s toolbox, but a paper in Advanced Materials does just that. The international team responsible for the work, detail a new protocol for the light driven propulsion of droplets through a solvent. 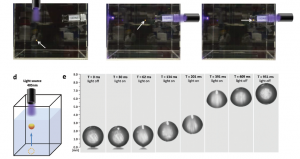 A variation of this idea was first reported in 2004, and a range of protocols have followed. Earlier techniques relied on heating the droplet, or inserting a photoactive species into the solvent surrounding the drops. In contrast, the new protocol, places the photoactive species inside the droplets. This change, combined with a judicious choice of photoactive agents, solvents and surfactants, allows controllable movement of the droplets both toward, and away from the light source, and also for the first time, movement through solvents in three dimensions (see image above).

When the light hits the photoactive agent inside the droplet, a photoisomerization occurs. This is thought to set up a current within the drop called a ‘Marangoni’ current. This has two important effects, one is deformation of the droplet (as seen above). The second effect, is the changing of the surface tension of the droplet, so that the surface tension nearest the light source and that furthest from it are quite different. This phenomenon is thought to facilitate droplet movement (see video below).

To demonstrate the utility of this work, the team placed three droplets in a solvent (see image above). The first was filled with the photoactive material in the presence of acid. This was transported to a purple, porphyrin filled drop by the laser source at the bottom of the image. As the drops collide, they turn green due to the protonation of the porphyrin. The new droplet was then transported to a third, base containing droplet. When these meet each other, the porphyrin returns to its unprotonated form, and becomes purple.

The team hopes that by developing droplets whose movement can be controlled without affecting the surrounding environment, new applications of droplet based chemistry might be facilitated.

Is dopamine more than just a feel-good hormone?
Making stickier tape
Using brain scans to personalize the treatment of depression
What ever happened to combinatorial materials discovery?