Two interconnected sealing rings make the ingress of water and contamination into the inside of the bearing impossible.

Deep groove ball bearings can be found on the drive trains of a wide range of vehicles, including front-wheel drive compact cars, limousines, small vans, and all-terrain SUVs. Many of the applications in which these bearings are used mean they are often subjected to harsh conditions, where water and contamination can penetrate into the inside of the bearing and cause damage. 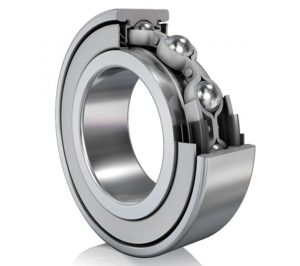 Schaeffler now launched the two new “CoRX” and “Twin-Ax” deep groove ball bearings for passenger car drive shafts, which are equipped with a labyrinth sealing system that keeps contamination out of the inside of the bearing. The special feature of this system is a pair of specially-formed sealing rings.

Unlike the existing deep groove ball bearings, the new bearings feature cassette seals. While “CoRX” bearings are equipped with axial and radial seals, “Twin-Ax” bearings feature two axial lips made from corrosion-free stainless steel. The outer sealing ring is water and dust-repellent. Both have a third sealing lip with minimal interference to ensure that the lubricating grease stays inside, and it also provides improved wear protection.

What is more, the frictional torque inside the bearings is minimized thanks to the optimized sealing lip contact, which means they are appropriate for high-speed drive shafts. Both can be installed as prop shaft and side shaft bearings and require no additional seals to be fitted – depending on the customer’s requirements as Schaeffler told.