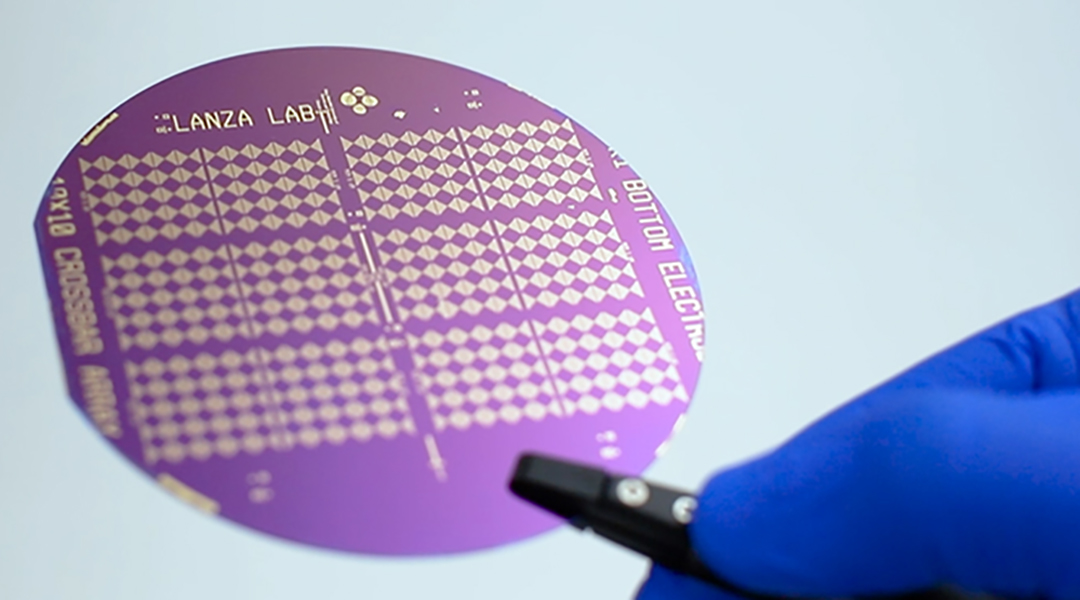 Random number generation is a critical underlying function of secure data transmission, used to encrypt and secure data and generate one-time passwords. To generate a random number, a circuit detects the random noise produced by a physical component, such as the thermal noise from diodes or resistors. However, the power consumption of these elements can be significant in highly integrated low-power applications, and the degree of randomness can degrade over time due to a change in the device’s physical and electronic characteristics.

“Memristors are meta/insulator/metal nanocells based on two-dimensional materials that have fast operation speed, low energy consumption and very long endurance and data retention time, as well as being very easy and cheap to fabricate,” says Lanza. “For this reason, memristors are being intensively explored for applications such as high-density electronic memories. They are also particularly useful for encryption systems because they can produce fluctuating electronic signals with an extraordinarily high degree of randomness.”

Memristors, short for “memory resistors,” are tiny passive electronic components that have a resistance that can be switched between two states by applying electrical stress. However, they also produce a type of electrical noise called random telegraphic noise (RTN), sometimes called popcorn noise for the sound it would make if connected to a speaker, which turns out to be perfect for random number generation. The challenge for Lanza’s team was to design and fabricate a memristor device that has stable RTN over time.

The team fabricated hundreds of devices using industry-compatible methods and characterized them using a range of techniques including a randomness test involving the generation of one-time passwords.

“A key aspect of our work was the use of fabrication processes that are compatible with industry, which facilitates integration in commercial products,” Lanza says. “We also presented yield and variability information for hundreds of devices; it was a tremendous effort, but it gives more reliability to our study.”