Keeping immune cells in check to ward off diabetes 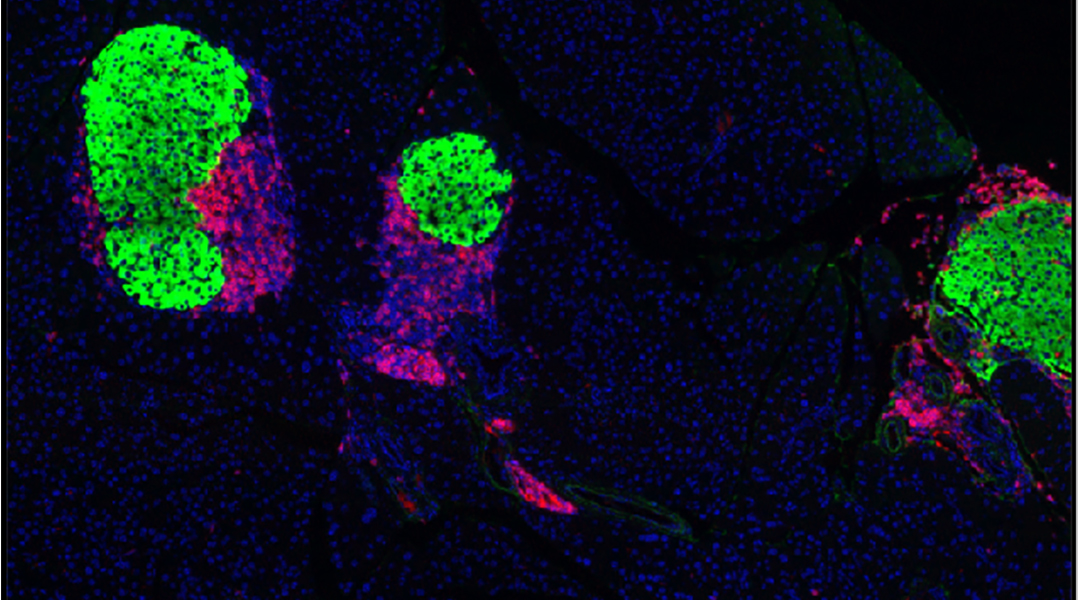 Researchers have shown they can avert the immune destruction of pancreatic beta cells and potentially halt the progression of type 1 diabetes. In autoimmune diseases, the body’s immune system mistakenly attacks itself, as it does foreign pathogens. In the case of type 1 diabetes, insulin-producing beta cells in the pancreas are the marked targets.

As a vital metabolic hormone, insulin is necessary for cells to take up glucose and use it as energy. To regulate this process, diabetics need to monitor their blood glucose levels constantly and inject the appropriate dose of insulin several times per day.

By chemically coupling immune checkpoint ligands onto the surface of beta cells, a research team at the University of North Carolina at Chapel Hill, USA have suppressed the autoimmune attack on beta cells. Their study, published in Advanced Materials, is based on a disease model in non-obese diabetic mice.

Oncologist Andrew Wang and his team took inspiration from how cancer cells escape immune destruction to formulate a tactic to protect beta cells.

“A key strategy for cancer to evade the immune system is to present lots of immune checkpoint molecules – molecules that say ‘I am you, don’t kill me’,” said Wang.

Inhibitory immune receptors expressed on T cells — PD-1, CTLA-4, and TIM-3 — initiate a regulatory response when they engage their ligands. Once checkpoint ligands bind these receptors on T cells, the checkpoint pathways acts as brakes to the pro-inflammatory response, which otherwise kills beta cells in type 1 diabetes.

Whether the immune cell initiates an inflammatory response — or instead undergoes programmed death — when it recognizes its target antigen, depends on whether immune checkpoints are triggered.

“We deplete the population of these immune cells that would react to beta cells. By doing so, we are protecting the beta cells in the pancreas, allowing them to survive,” said Wang. “In the early stages of type 1 diabetes, there is a window to save the beta cells.”

He also believes that these immune checkpoint-endowed beta cells could potentially also be useful for patients with more advanced diabetes.

The team plan to investigate if immunotherapy using cells bioengineered with immune checkpoint proteins onto targeted cells could be effective in the treatment of other autoimmune diseases.