New observations of WASP-39b with the JWST has provided the clearest, most detailed picture of an exoplanet to date. 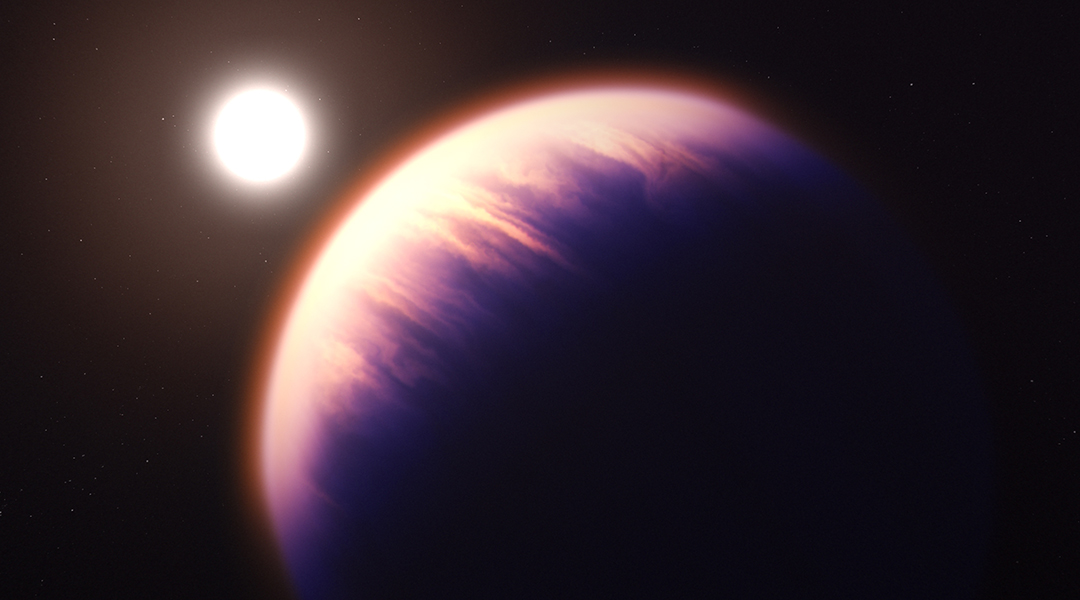 Training its array of sophisticated instruments on a planet orbiting a star 700 light years away, the James Webb Space Telescope (JWST) is delivering on its promise to provide unprecedented insights into the physical and chemical properties of alien worlds.

The suite of discoveries was published this week in Nature as a set of five scientific papers. The data revealed new details of WASP-39b, a “hot Saturn” exoplanet located in the Virgo constellation. The planet made headlines in August when JWST identified carbon dioxide in its atmosphere — a major breakthrough as this was the first time carbon had ever been detected in an alien atmosphere.

Now, JWST has provided the most detailed information to date on an exoplanet, providing more than just a glimpse into the host of atoms and molecules that make up WASP-39b’s atmosphere, even providing signs of active chemistry and types of cloud formations.

“The clarity of the signals from a number of different molecules in the data is remarkable,” said Mercedes López-Morales, an astronomer at the Center for Astrophysics, Harvard & Smithsonian and one of the scientists who contributed to the new results, in a statement. “We had predicted that we were going to see many of those signals, but still, when I first saw the data, I was in awe.”

“We observed the exoplanet with multiple instruments that, together, provide a broad swath of the infrared spectrum and a panoply of chemical fingerprints inaccessible until JWST,” added Natalie Batalha, an astronomer at the University of California, Santa Cruz, who contributed to and helped coordinate the new research. “Data like these are a game changer.”

With an estimated temperature of roughly 870 °C and an atmosphere composed of mostly hydrogen gas, WASP-39 b is not believed to be habitable. The exoplanet has been compared to both Saturn and Jupiter, with a mass similar to Saturn, but an overall size as big as Jupiter.

The planet’s proximity to its host star — closer than Mercury is to our Sun — also makes it ideal for studying the effects of radiation from host stars on exoplanets. Better knowledge of the star–planet connection should bring a deeper understanding of how these processes create the diversity of planets observed in the galaxy.

The sheer intensity of starlight that batters WASP-39b makes the planet an ideal laboratory for studying such photochemical reactions, added the researchers.

“This proximity and its consequent brightness makes the planet inhospitable to life as we know it, but [makes] it the ‘perfect target’ for JWST to observe early in its life and test its exoplanet capabilities,” explained Laura Kreidberg, director of the Max Planck Institute for Astronomy (MPIA) in Heidelberg, Germany, and part of the observation team, in an interview.

What did JWST find?

JWST was able to make its observations of WASP-39b as it passed between its star and the telescope — a phenomenon known as a transit. Most known exoplanets have been discovered this way.

From late July this year, JWST monitored four transits of WASP-39b, and using a process known as transmission spectroscopy, observed light from the planet’s star as it filtered through WASP-39b’s atmosphere, picking up chemical fingerprints of the molecules found there.

Among the exciting revelations is the first detection of sulfur dioxide in an exoplanet atmosphere — a molecule produced from chemical reactions triggered by high-energy light from a nearby star. On Earth, the protective ozone layer in the upper atmosphere is created in a similar way.

“The surprising detection of sulfur dioxide finally confirms that photochemistry shapes the climate of ‘hot Saturns’,” said Diana Powell, a NASA Hubble fellow, astronomer at the Center for Astrophysics and core member of the team that made the sulfur dioxide discovery. “Earth’s climate is also shaped by photochemistry, so our planet has more in common with ‘hot Saturns’ than we previously knew!”

Jea Adams, a graduate student at Harvard and researcher at the Center for Astrophysics, analyzed the data that confirmed the sulfur dioxide signal. “As an early career researcher in the field of exoplanet atmospheres, it’s so exciting to be a part of a detection like this,” Adams said. “The process of analyzing this data felt magical. We saw hints of this feature in early data, but this higher precision instrument revealed the signature of SO2 clearly and helped us solve the puzzle.”

Other elements and molecules detected by JWST include sodium, potassium, and water vapor, confirming previous space and ground-based telescope observations as well as finding additional water features that haven’t been seen before.

The ratios of carbon to oxygen, potassium to oxygen, and sulfur to hydrogen, indicate that the planet was formed as a result of colliding precursor bodies called planetesimals. In addition, a low ratio of carbon to oxygen in its clouds also indicates that it was probably located further away from its star than it is today (or rather, 700 years ago given its light year distance), likely absorbing a high amount of water as ice when it was in a different, further position. This type of migration in hot gas giants is expected and helps explain their proximity to their stars.

The comparison of observations and models also yielded information about the planet’s cloud cover: not a single, uniform blanket covering the planet, but a broken-up collection of clouds made up of sulfides and silicates.

Being able to precisely parse an exoplanet’s atmosphere goes beyond what scientists’ were expecting and promises a new era of exoplanet exploration.

The current observations are also relevant for one of the greatest future goals of observational astronomy: detecting traces of life on other planets. That detection would rely on a similar atmospheric analysis as was conducted on WASP-39b, then a comparison with models. If the planet displays more oxygen than those models predict, for example, it could be a sign of life.

The observations described here provide a test run for the observational techniques that will need to be employed in this kind of search for life on other planets, said the team. They also add important pieces of information to help complete our understanding of exoplanet atmospheres.

“These early observations are a harbinger of more amazing science to come with JWST,” said Kreidberg. “We put the telescope through its paces to test the performance, and it was nearly flawless — even better than we hoped.”

“I am looking forward to seeing what we find in the atmospheres of small, terrestrial planets,” added López-Morales.

Footprints of phase transitions in the early universe
Scientists identify alien planets that could be observing Earth
"Seven minutes of terror": The Perseverance rover's descent to Mars
Where rocks come alive: OSIRIS-REx observes an asteroid in action