Submit your nominations now for the 2014 Journal of Polymer Science innovation award. 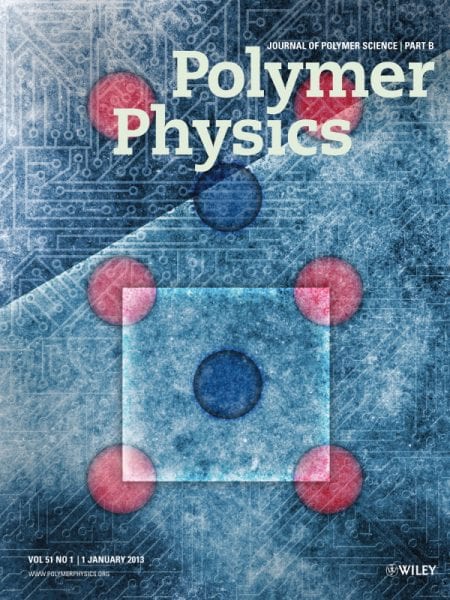 The Journal of Polymer Science Innovation Award was established in 2012 to celebrate significant research innovation and achievement in a polymer scientist under 40. The Journal is again proud to announce the call for nominations for the third year of its international award. The award consists of a symposium in association with the Polymeric Materials: Science and Engineering (PMSE) Division of the ACS and a dinner in recognition of the recipient at the ACS Fall meeting, a $5000 prize, and travel expenses of up to $1000 to the ACS Fall meeting for the award year.

Nominations for the prize should consist of a one-page document from the nominator in support of the nominee, explaining why the innovative nature of their research deserves recognition, and an up-to-date CV from the nominee. Please send nominations to jpschem@wiley.com or jpsphys@wiley.com before January 24th, 2014.

The past two awards were given to young scientists exploring exciting new fields in the chemistry and physics of polymer systems. In 2012, Christopher Bielawski, a full Professor of Chemistry at the University of Texas at Austin, received the inaugural award. Chris established the research field of reversible, conjugated polymers with his work on difunctional N-heterocyclic carbenes (NHCs), pioneered the use of graphene as a catalyst during polymerization, and forged new avenues of research in the emerging area of mechanochemistry. His award symposium at the 2012 ACS Fall meeting comprised a stellar lineup of speakers, including Jeffrey Moore, Venkat Ganesan, Todd Emrick, Ludwik Leibler, Rachel O’Reilly, Lynn Loo, Michael Hickner, and Robert Grubbs.

Year two saw some instabilities…most notably those of soft polymer interfaces. Ryan Hayward, an Associate Professor of Polymer Science and Engineering at the University of Massachusetts, Amherst, was given the award at the 2013 ACS Fall meeting for his insights into shape instabilities of hydrogel sheets and for his contributions in the area of non‐equilibrium assemblies of polymers and nanoparticles. Representing the breadth of his research were speakers including Ed Kramer, Darrin Pochan, Thomas Russell, Stephen Craig, Chinedum Osuji, and Arthi Jayaraman.