Is there long-term immunity for SARS-CoV-2?

SARS-CoV-2 antibodies were found in patients' blood up to 7 months after infection, and researchers are hopeful. 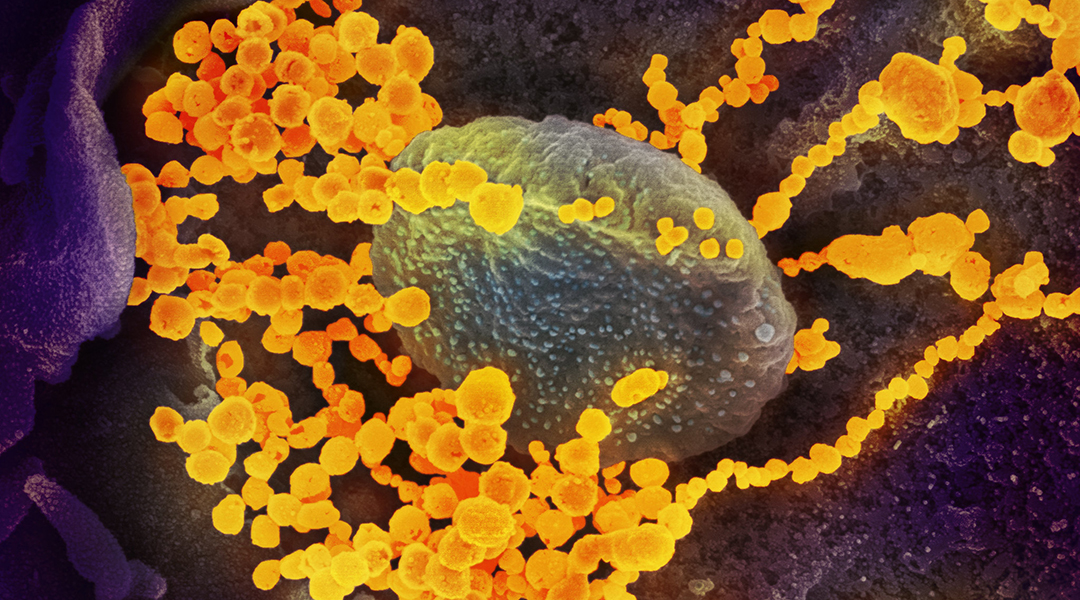 SEM image of SARS-CoV-2 (round gold objects) emerging from the surface of cells cultured in the lab. Image credit: NIH/NIAID

The question of how long antibodies against SARS-CoV-2 last has been on our minds since the beginning of the pandemic. The answer is inextricably linked to how well our immune systems can protect us against reinfection (for which a few isolated cases appear to exist), as well as the long-term effectiveness of a long-awaited vaccine.

While the protective role of antibodies against SARS-CoV-2 is still unknown, studies have suggested that there is usually a reasonable correlation between antibody levels and degree of immunity. As such, antibodies collected from the serum of recovered individuals are being used to treat patients with severe COVID-19 symptoms. While randomized trials have yet to show that this course of treatment has a statistical benefit, it was used with some success during the SARS, MERS, and H1N1 pandemics, and some small retrospective studies suggest that it may reduce symptom severity and hospitalization time for COVID-19 patients.

Since the efficacy of this therapy is dependent on the antibody’s neutralizing activity — ability to stop or minimize an infection — regulatory agencies have been recommending specific thresholds for qualifying suitable plasma. A recent study has indicated that there is a slim window of time in which these antibodies can be collected, as antibodies were found to fade quickly after recovery with their neutralizing capabilities peaking at 3-6 weeks after onset of symptoms.

This information could be read pessimistically, indicating short-lived immunity and high risk of reinfection for those that have already been infected; but the devil is in the details. While the study was established to evaluate an optimal antibody collection window, long-term immunity was not assessed with the authors themselves stating that, “whether the neutralization capacity of convalescent plasma is stabilized after 6 weeks or decreases further remains unknown”.

So where does this leave us?

“Whether antibodies provide lasting protection against SARS-CoV-2 has been one of the most difficult questions to answer,” said UArizona Health Sciences Senior Vice President Michael Dake, M.D., who has co-authored a study aimed at monitoring lasting immunity in previously infected individuals.

The study — published this week in the journal Immunity — reported results from an analysis of nearly 6,000 people and found that immunity appears to persist for at least several months after infection.

The team, led by Professors Deepta Bhattacharya and Janko Nikolich-Zugich, noted that “several surprising conclusions have been reached regarding the short duration of immunity, with several studies suggesting that in a substantial number of subjects, antibody levels wane to below the limit of detection within a matter of weeks to months.”

Yet, the body’s response to SARS-CoV-2 infection is categorized as a T-cell dependent immune response, which begins with an initial wave of short-lived plasma cells whose job it is to wipe out as much of the virus as possible. These, say the team, are the antibodies that appear in blood tests 14 days after infection. These first-wave antibodies quickly decline and are replaced in a second wave of immune action by a smaller number of longer-lived antibody-secreting plasma cells.

To carry out their analysis, Nikolich-Zugich, Bhattacharya, and their team developed a sensitive blood test that helps reduce the existing accuracy limitations when testing people with low levels of antibodies.

“We clearly see high-quality antibodies still being produced five to seven months after SARS-CoV-2 infection,” said Bhattacharya. “The latest time-points we tracked in infected individuals were past seven months, so that is the longest period of time we can confirm immunity lasts.”

How effective the immune system is at preventing a reinfection or at fighting off new, emerging strains of the virus still remains to be seen and was not analyzed in the current study; but given data from past pandemics, Bhattacharya is hopeful.

“We know that people who were infected with the first SARS coronavirus, which is the most similar virus to SARS-CoV-2, are still seeing immunity 17 years after infection,” he said. “If SARS-CoV-2 is anything like [SARS-CoV-1], we expect antibodies to last at least two years, and it would be unlikely for anything much shorter.”

While more research is needed, the team’s test has been shown to be highly accurate and has recently acquired emergency FDA approval. Even more promising is the knowledge that long-term immunity could be a reality, giving hope to vaccine development and efforts to gain control over the reigning pandemic.

The first reported case of COVID-19 community transmission in the U.S: A case study
What the rest of the world can learn from South Korea's COVID-19 response
Autoimmune diseases captured in a library of genetic markers
The four horsemen of the COVID-19 pandemic