Is dopamine more than just a feel-good hormone?

Dopamine might play a more complex role than was previously assumed when it comes to learning and reward association. 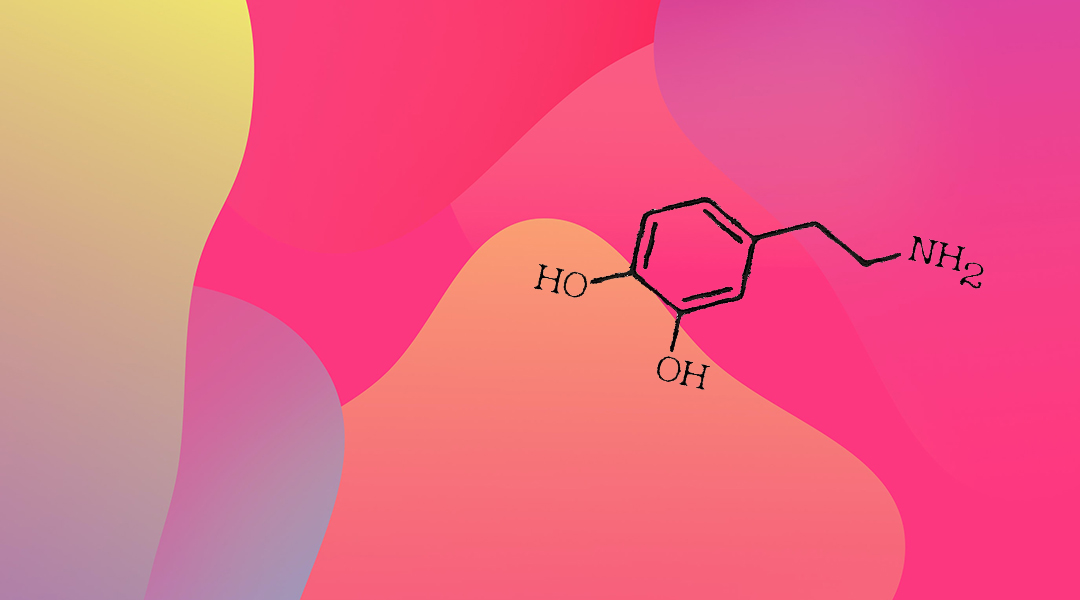 Every moment of our lives, we are learning associations between events we encounter. A dog might learn that it usually gets a food reward at the sound of a bell. Similarly, a toddler might learn that Saturday lunches are usually followed by a treat. These are examples of cue-reward associations in which a cue (the bell and Saturday lunch) predicts a reward of some kind.

Dopamine, a brain chemical that has often been touted to be the “reward neurotransmitter”, has been known to play a role in learning these cue-reward associations. But what happens if a reward precedes a cue? Scientists have now found that spikes in dopamine might be important for learning these more complex associations as well.

In a study published in Current Biology, Benjamin Seitz and colleagues from the University of California, Los Angeles used rats to show that dopamine spikes in an area of the midbrain were important for the animals to learn the “backward associations” between two events, where a cue follows a reward.

But why is this important to study? We know it is essential to learn standard cue-reward associations — we need to learn what comes before a reward so that we can try and seek out those things.

“For instance, if you see a tree and then find some food, you want to learn that tree-food connection and seek out more trees,” said Seitz, lead author of the paper, in an email.“But sometimes you stumble upon something rewarding (like food) and then notice a stimulus (the tree). Those relationships are also important to learn and have been really understudied.”

Light on, cells off

The rats were first trained using a backwards conditioning procedure where they were given either a pellet food reward or a carbohydrate solution 10 seconds before a unique auditory cue.

Think of backward conditioning this way: If you routinely stopped at a diner and ate donuts before going into work, simply going to work would imply that you wouldn’t be getting any donuts for the next 24 hours. Thus, your brain learns an inhibitory relationship between a neutral cue, work, and a reward, the donuts.

The authors’ aim was to examine if the rats would learn the relationship between each food reward and the auditory cue that came after it. Just before presenting the auditory cue, the authors used optogenetics to inhibit dopamine-secreting neurons in the midbrain.

Optogenetics harnesses light-activated proteins called opsins to selectively activate or inhibit neurons in a particular region of the brain. Inhibitory opsins, when activated by light, impede neuronal function by making them less likely to fire. But how do scientists cause a subset of neurons in the rat’s brain to express these proteins?

Here is where viruses — so dreaded in the real world — come into the picture. In a genetics laboratory, viruses infect cells and insert their genetic material into them. As such, viruses are often used as carriers of genes, such as those that code for proteins like opsins.

Once they had infected a subregion of the rat’s midbrain with the virus, the authors delivered light directly to that area of the brain, temporarily inactivating the dopamine-producing cells. This prevented spikes of dopamine from being released in the midbrain at the onset of the backward cue. If dopamine was indeed important for rats to learn these associations, this learning would not occur when the neurons were deactivated.

Backward conditioning with dopamine put to the test

In the rats, a subregion of their midbrains had been temporarily deactivated during backward conditioning, resulting in these relationships between the reward and the cue not being learnt.

Control rats with intact midbrain dopamine neurons, on the other hand, learnt that the auditory cue for a pellet reward meant that they would not be getting a pellet reward again anytime soon. When they were trained to press on one of two levers for a reward, the control rats pressed on the carbohydrate solution lever when they heard the pellet cue and vice versa. This is similar to me realizing I’m not going to get more donuts once I am at work, so I might as well get myself a drink of coffee instead.

While control rats tended to press on the lever that would give them the alternate reward, the rats with inactivated midbrain dopamine neurons showed no such bias, indicating that intact dopamine activity is essential for the learning of reward-cue associations.

According to Seitz, “The most important implication of this finding is that it forces us to recognize that a very simple and elegant model of how dopamine contributes to learning is incorrect. We used to think that spikes in midbrain dopamine were assigning value to the things that came before reward.

“Our findings suggest dopamine is involved in much more complex learning scenarios and might in some situations, like Schizophrenia, be causing subjects to over-learn connections between stimuli that don’t functionally need to be connected.”