Phase competition in mixed perovskites can be resolved by this dual ion exchange process, which passivates grain boundaries and suppresses ion migration. 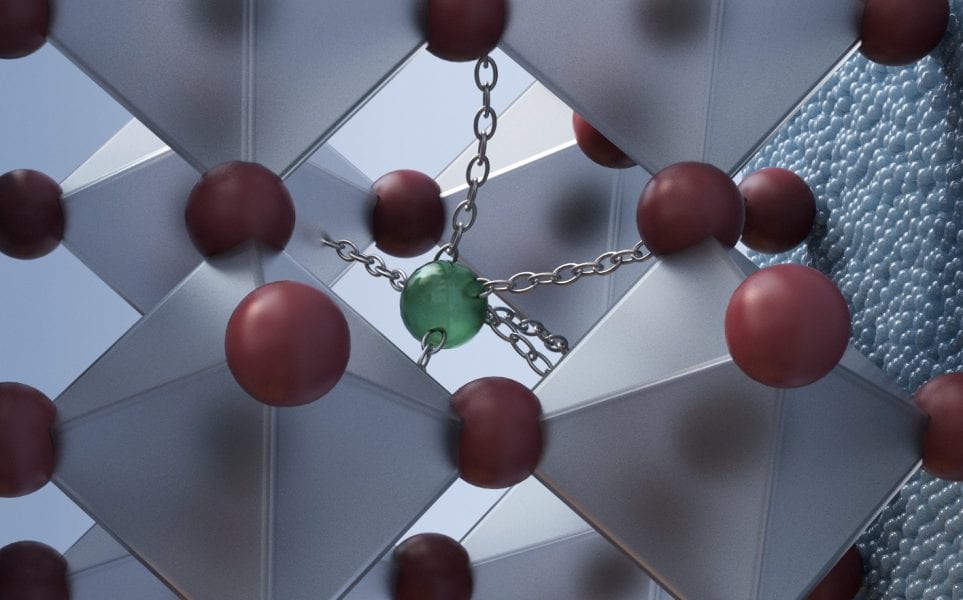 Mixed perovskite structures, consisting of (FAPbI3)1−x(MAPbBr3)x, have a lot to recommend them. The inclusion of formamidinium ions is observed to achieve a higher light-harvesting efficiency than devices with methylammonium ions alone, with less hysteresis in the current–voltage curves. Adjusting the ratio of ions also allows the bandgap of the mixed structure to be tuned.

The less desirable side effect for a material containing two different phases is the competition that occurs between them. When the two crystal types are mixed directly (DM) by spin-coating all of the precursors together – the most common method for the generation of mixed perovskite structures – the different crystal types crystallize separately, and this phase competition reduces the crystallinity of the material, introducing defects and leading to a lower reproducibility as well as instabilities in the structure and its performance.

A team working across institutions in Hong Kong and China have developed a dual ion exchange (DIE) method, which looks to resolve these problems by allowing any structural defects forming at the grain boundaries to be healed. Treatment of the FAPbI3 with a methylammonium bromide (MABr)/tert-butanol solution leaves excess MABr on the surface, passivating the grain boundaries by acting to heal any defects appearing during ion exchange.

A visual explanation of how the DIE method works.

Ion migration itself was found to be suppressed, with the system requiring a higher threshold electric field before it could occur. 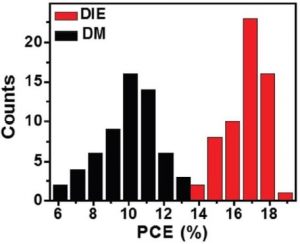 Comparison of the PCEs achieved using the traditional (DM) and new (DIE) methods.

Another advantage of the DIE method is that it lends a certain moisture stability to the mixed perovskite structure without the need for additional passivating agents, which can cause impurity scattering and a consequent decrease to the power conversion efficiency (PCE). A moisture stability of over one month in a relative humidity of 65% was observed, with an average PCE of 17%.

In fact, using this dual ion exchange process, these researchers achieved a maximum PCE of 18.1% with negligible hysteresis. See how they did it and explore the kinetics of the process by reading their Full Paper in Advanced Energy Materials.

Have you already discovered the Excellence in Energy series? Check out this virtual issue of invited-only reviews from top energy researchers now. Everything is free to read for a limited time.