Researchers at the University of California, Santa Cruz have developed a two-step ion intercalation strategy to enhance the capacitance of graphene-based electrodes. 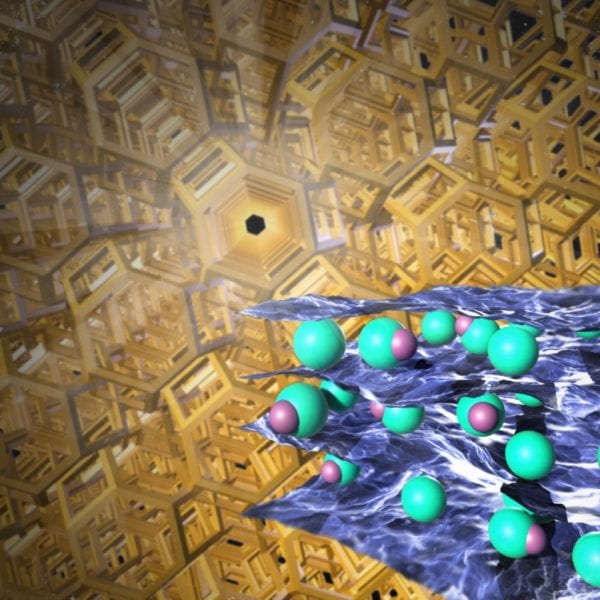 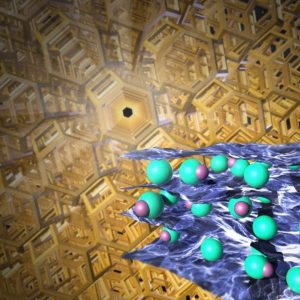 Two-dimensional graphene is one of the most widely researched materials for supercapacitor electrodes. However, the capacitance of graphene-based supercapacitor electrodes is often limited by their relatively small ion-accessible surface area as a result of aggregation and stacking of graphene sheets. To address this limitation, previous studies have primarily been focused on increasing surface area by creating micropores, or using strong oxidants to introduce oxygen moieties between graphene layers that can exfoliate the stacked sheets. However, the introduction of micropores usually leads to poor rate capability due to sluggish ion diffusion in the microporous structure, while the introduction of oxygen functional groups is typically at the cost of electrical conductivity (i.e., rate capability) or structural integrity of graphene-based electrodes due to disruption of the sp2-bonding. 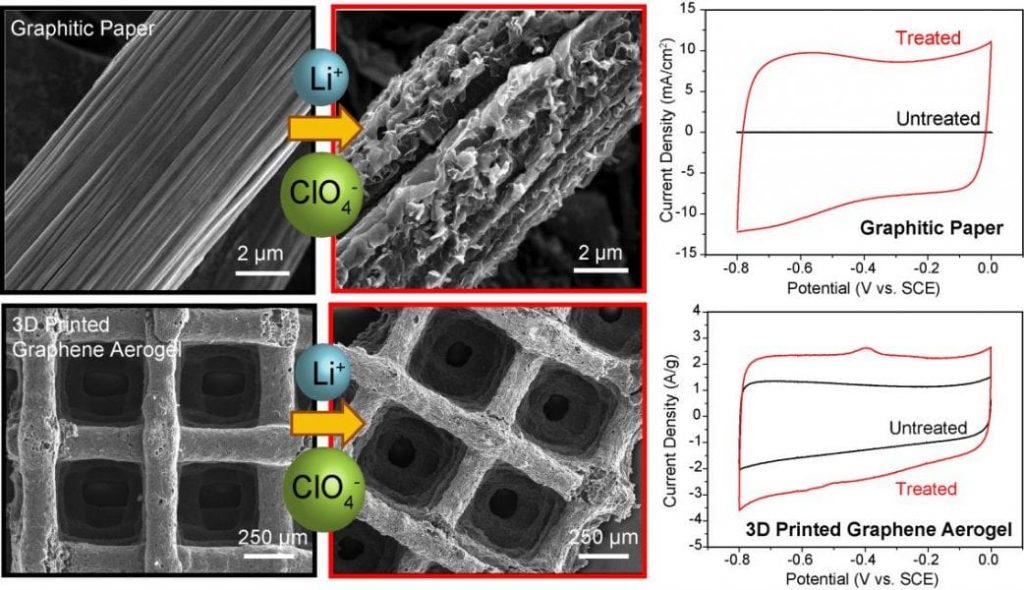 The morphology and capacitive performance of graphitic paper and 3D printed graphene aerogel electrode before and after ion-intercalation treatment.

The electrochemically treated graphitic paper electrode exhibited a nearly 1000 times higher capacitance than an untreated graphitic paper electrode, reaching 108.88 mF cm-2 at a current density of 0.5 mA cm-2. Without the need of post-treatment annealing to enhance electrical conductivity, the treated electrode maintained an outstanding rate capability of 84% (from 0.5 mA cm-2 to 5 mA cm-2). The UCSC team also collaborated with Dr. Cheng Zhu, Dr. Marcus Worsley and coworkers at Lawrence Livermore National Lab (LLNL) to extend the two-step ion intercalation strategy to 3D printed graphene aerogel electrodes developed at LLNL. The gravimetric capacitance of 3D printed graphene aerogel (101.7 F g-1 at a current density of 10 A g-1) was almost doubled after the ion-intercalation treatment, while maintaining an outstanding capacitive retention rate of 82% from 0.5 A g-1 to 10 A g-1. This study presents a general strategy to increase the surface area of graphene-based materials and functionalize their surface with oxygen functionalities without the need of thermal annealing. The findings demonstrate an effective method to boost capacitive performance of graphene-based supercapacitor electrodes.

This paper is part of an upcoming special issue on Nanomaterials for
Energy Conversion and Storage in ChemNanoMat.