A new material helps robots analyze and navigate their environments by scanning codes invisible to the human eye. 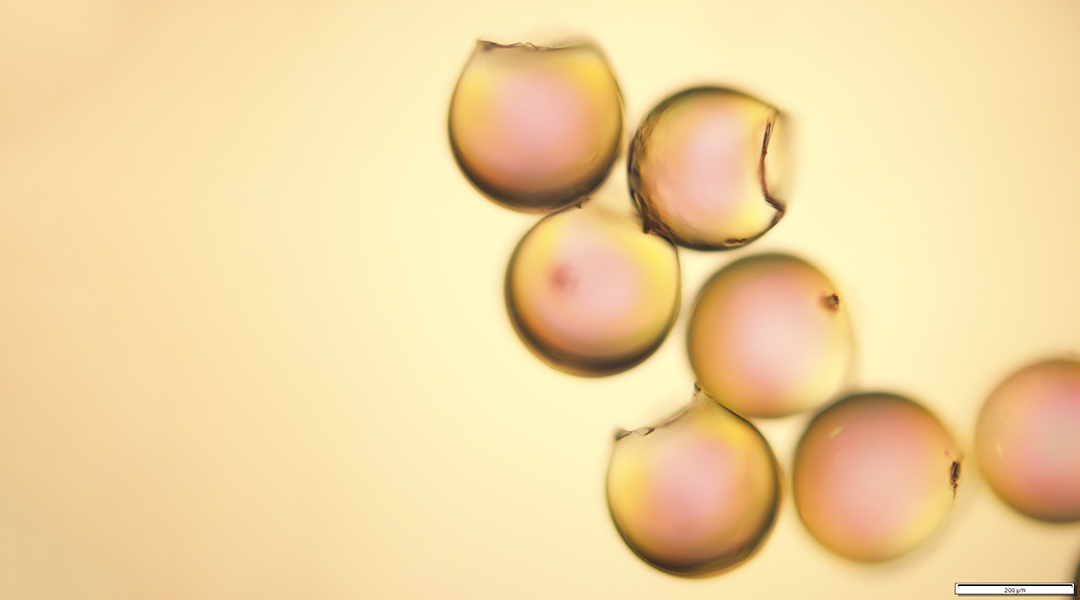 Our relationship with robots is a complicated one: in general, we don’t seem to completely trust them, though they have obvious benefits and do make our lives easier. The issue is of course more nuanced than this, but regardless of this trepidation, in the last few decades, the field has been exploding, with advancements resulting in smarter and more capable robots making their way out of the lab to walk (and work) among us. Whether we like it or not, the future is automation and the Fourth Industrial Revolution has arrived — which might not necessarily be a bad thing.

While society has seen many gains as a result, the field still has a ways to go, and researchers are making incredible contributions toward making robots more advanced, safer, and compatible with their environments.

Jan Lagerwall is one such researcher — a soft matter physicist and professor at Luxembourg University, he has an interest in materials science and physical chemistry, and penchant for cross-disciplinary application. Along these lines, he and his colleagues, Yong Geng, Rijeesh Kizhakidathazhath, and Professor Mathew Schwartz at New Jersey Institute of Technology, have recently developed a new material to help robots better sense, analyze, and interact with their environment, making the world more “robot friendly”.

“Our material can provide links between the physical world and its digital representation,” said Lagerwall.

In a controlled setting, like a laboratory, some robots use what are called fiducial markers to navigate their environment. These are patterns of black squares on white backgrounds, similar to QR codes, that are used to label surfaces. While handy, imagine having to deck out a space in QR codes so a robot could operate within it. Not aesthetically pleasing.

Here is where Lagerwall’s polymer-based material steps in. “We want to make such markers in a way that humans can’t see them but robots can,” said Lagerwall. “This will help them make sense of their environment, while also linking every item carrying such a label to its digital twin in a BIM model.”

BIM refers to building information modeling, where every physical object has a “digital twin” in a computer model of the physical world. It is a highly advanced method of digital design used in other fields, such as construction, where knowledge-sharing can occur in real-time to facilitate planning and decision-making.

“While BIM is very useful, its full potential requires an efficient link between physical objects and their digital twins. Markers built [with] our new material, invisible to the human eye but easily readable by machines, can provide these links,” said Lagerwall.

“These are spheres that reflect light back to the illumination source regardless of direction, so in this sense they are like the retroreflectors you may know from high-visibility clothing, but there are two important differences,” said Geng. “”First, they reflect only a narrow portion of light, defined by a certain wavelength range. In the visible range, this defines the color, but the range can also be outside the visible, in the infrared or in the ultraviolet. That’s how we can make them invisible.

“Second, the light is circularly polarized, like the light used to create 3D movies,” he continued. “This is very important because it allows a robot to quickly identify CSR markers even in very visually busy environments. It takes two images of the same scene — one through a left-handed and one through a right-handed circular polarizer — and then it subtracts the images from each other. All unpolarized content, thus everything except the CSR markers is removed, so the markers stand out very clearly.”

The spheres are self-assembling, and as a result, making them requires little energy and no complicated manufacturing. Their shape is first molded by pushing water droplets into liquid crystals.”It’s a bit like blowing air into a soap film to blow a soap bubble, but on a much smaller scale: the spheres are about 0.1mm in diameter,” explained Kizhakidathazhath. “By also flowing a second water phase around the liquid crystal, the composite phase of water inside liquid crystal breaks up into a liquid crystal shell that is suspended in the outer water phase.”

The spheres are then hardened through polymerization, during which the order obtained during their self-assembly is retained. Importantly, this process also leads to shrinkage of the polymer shell around the water droplet, which causes it to bulge at its thinnest point.

“When we rinse the shells in acetone afterwards, this part breaks off, leaving each shell with a hole, so we can access the interior,” said Kizhakidathazhath. “This is important for the optical properties, because now we can fully surround the polymerized liquid crystal, on the inside as well as on the outside, with a liquid that has the same refractive index as the shell. This allows it to become invisible.

“The liquid we use for this is actually a glue that is hardened by shining UV light on it, and in this way we create the coating with the shells placed in the specific marker positions, defining the information that is encoded.”

Information is encoded onto these layers by positioning the polymer crystals into specific patterns, like the black dots in QR-codes. By tuning the retroreflection band to the near‐UV or IR spectra, the information is rendered invisible to the human eye.

While still in proof-of-concept stage, the team sees enormous potential in deploying their fiducial markers and are already looking toward next steps.

“Right now, we are in the process of bringing together a consortium of researchers and companies active in all the fields touched by the application scenarios of CSRs,” said Lagerwall. “From the chemists who make the materials to the physicists who analyze the optics, to the machine vision experts who make sure that robots can quickly and accurately read the information, to the security, ethics and law experts who can analyze how humans will react to and influence a scenario in which they co-inhabit spaces with robots.

“This enormous interdisciplinarity, together with the huge potential impact, makes this research so incredibly exciting.”