Investigating the Mystery of Biskyrmions [Video]

New research suggests that biskyrmions are not what they previously appeared to be. 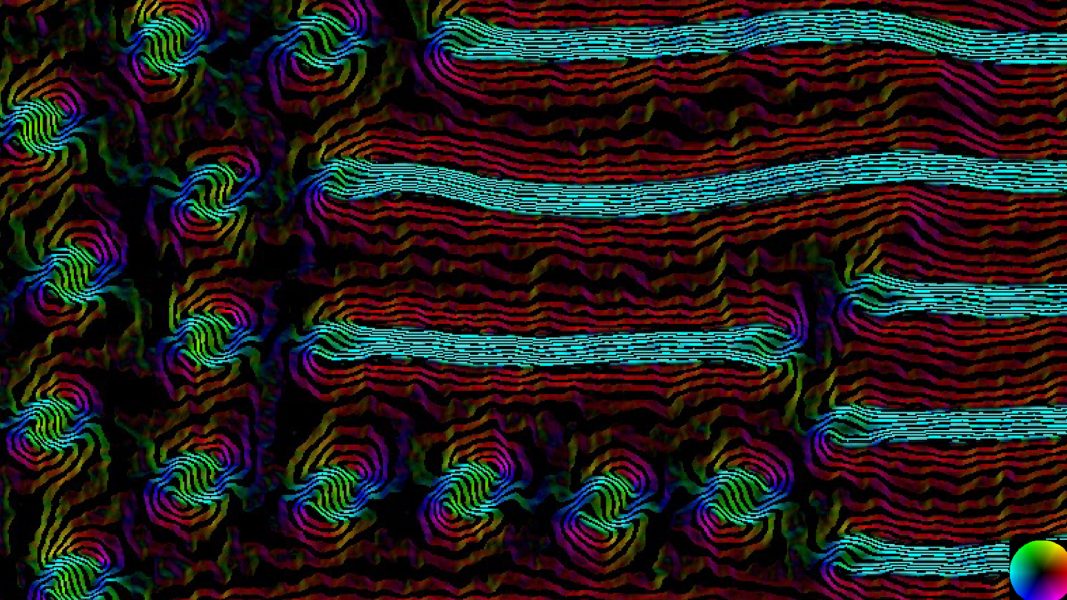 Electronics rely on the electrical charge of an electron for information processing. Carrying information in both the electron charge and spin could lead to devices with enhanced functionality, a field known as “spintronics.”

In Advanced Materials, Dr. James C. Loudon from the University of Cambridge and co-workers investigate biskyrmions, quasiparticles of interest for spintronics applications, which have been reported to exist in manganese–nickel–gallium (MnNiGa).

When an out-of-plane magnetic field is applied to certain magnetic materials, domains with an antiparallel magnetization shrink until they break into roughly circular magnetic domains known as magnetic bubbles, sometimes called skyrmions.

A MnNiGa sample was heated above its Curie temperature and cooled back to room temperature in the presence of a sweeping magnetic field, producing a dense array of bubbles. X-ray holograms showed no indication of magnetic features with the double core that would be expected from a biskyrmion.

Electron microscopy images and micromagnetic simulations further confirmed the presence of only conventional type-I and II bubbles—not biskyrmions. This research suggests that images previously identified as biskyrmions are in fact type-II bubbles viewed at an angle to their axes.

To find out more about magnetic bubbles and skyrmions, please visit the Advanced Materials homepage.