John shares his thoughts on his research, his effort on the on-going PlantFAdb database, his suggestions to early-career scientists, and the challenge in the future plant lipid metabolism research. 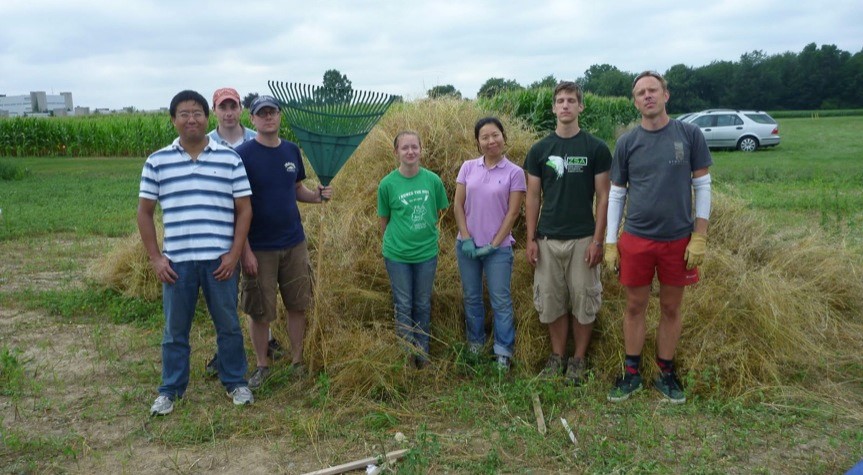 Professor John Ohlrogge is currently a University Distinguished Professor (Emeritus) in the Department of Plant Biology of Michigan State University. Research in Ohlrooge’s group focuses on understanding how plants control the activity of lipid metabolism and how to enhance the value of crops with plant-based oils. Over the past 29 years, he has trained more than 100 graduate students and postdocs in the area of plant biochemistry and molecular biology. He is ranked by Thomson Reuters as being in the top 1% of researchers in his field based on citation impact.

Ohlrogge’s group was the first to genetically engineered a plant oil with reduced viscosity that can be a ‘drop-in’ fuel in diesel #4 engines without needing additional chemical modifications.

John shares his thoughts on his research, his effort on the on-going PlantFAdb database, his suggestions to early-career scientists, and the challenge in the future plant lipid metabolism research.

How do you find your career goal? Why you choose plant lipid metabolism as your career?

I studied chemistry as an undergraduate student and biochemistry as a graduate student.  I first wanted to do research in medical biochemistry. But, in graduate school I realized that many areas of medical research were over crowded with too many scientists competing on similar projects.  Much less research was being done on plants, which meant there were more opportunities to make new discoveries.  Therefore I decided to do a postdoc with Paul Stumpf who was the leader in plant lipid research.

Your team was the first to discover the key enzymes in Burning Bush that makes acetyl-TAGs, a lipid that can be used as a new reduced viscosity ‘Drop-in’ diesel fuel in the large engines. In addition, you have taken the basic research one step closer to commercial industry by testing the biofuel crops in the field trials. Why you chose Burning Bush as your research target? Can you tell us more about this research?

Plants are amazing biochemical factories that can produce many thousands of different structures. Over 450 different fatty acids are found in seed oils and many of these have important uses in industry as major ingredients of soaps, lubricants, plastics, and many other high-value products. The special composition of Euonymus alatus (Burning Bush) was determined in 1967.  From 1960-1980 there were several groups that surveyed seeds of many thousands of plants to try to find new structures that could be used in industry.  There were government labs in Germany and in US that had very large projects.  Burning Bush produces an unusual seed oil that has an acetate group instead of a long-chain fatty acid on one position of glycerol. This results in oil with valuable properties including lower viscosity, freezing point and calories than typical plant oils. These features makes them very useful for biodiesels without conversion of the biodiesel to methyl esters. That reduces the cost of production of the biodiesel. Tim Durrett and Mike Pollard in our group discovered the key enzyme and gene responsible for synthesis of this oil. Introducing this gene into Camelina resulted in a crop that produced high levels of the special acetyl-TAG oil. We are now hoping that this crop can be commercially developed to provide a new type of oil for industry.

The Ohlrogge lab in the field.

The ARALIP: Arabidopsis Acyl Lipid Metabolism has become one of the most popular plant lipid databases  since 2003. And you are establishing PlantFAdb, Plant Fatty Acid Database, after your retirement. Why you want to build these two databases? Did you spend a lot of time maintaining these databases?

Website databases such as ARALIP and PlantFAdb are the best way to present large amounts of information that can be easily accessed by anyone in the world. More than ten years before ARALIP, we began to collect information on Arabidopsis genes involved in lipid metabolism and Fred Beisson produced a website in 2003 that was very popular. We expanded this by producing ARALIP which became a large team effort that was coordinated with writing a chapter on “Acyl Lipid Metabolism” for The Arabidopsis Book. More than 25 Arabidopsis researchers contributed to the chapter and website. Yonghua Li-Beisson coordinated the writing and Basil Shorrosh produced the website.  The book chapter has received > 650 citations and remains one of the most read and downloaded of over 100 chapters of The Arabidopsis Book.

The PlantFAdb.org website is the most extensive source of information on plant fatty acids. I dreamed for many years of producing this website, but it was not until I retired in 2016 that I had enough time to achieve this dream.  PlantFAdb (https://plantfadb.org/) brings together >75 years of published data on the fatty acid composition of seeds of over 9000 plants. A unique feature allows users to easily explore chemotaxonomic relationships between >450 fatty acid structures and plant species by displaying these relationships on dynamic phylogenetic trees.

An added benefit of both of these websites is that they also help us identify what is NOT known. By identifying gaps in knowledge young researchers can find the most important new topics to study.

If you have a career in scientific research you are lucky to have one of the best jobs in the world!  I think young researchers should spend lots of time to identify the 5-10 most important unsolved questions in their field and then decide which of these they could contribute to.

But, working too hard and too many hours is not good for scientific creativity.  The best ideas usually come when we are relaxed. Spending time with family and friends must be a priority and this will help your science be more creative.

What is the challenge for plant lipid research?

Approximately 30% of the genes of Arabidopsis (and other organisms) are of unknown function.  This tells us we have a huge amount of work to do to understand plants!  How will we discover the function of these genes?  We already can look up many details of the expression patterns of these genes (based on microarrays or RNASeq), and knock-out lines are available for most.  But, this has not provided sufficient clues for most of them.  In many cases we will not understand gene and protein function without detailed biochemical studies. There are still many biochemical reactions and pathways to be discovered. A recent example of a major biochemical discovery is that an enzyme annotated as a “GDSL-lipase” is not a lipase but instead is responsible for biosynthesis of cutin, the most abundant lipid polymer in nature. This enzyme catalyzes acyltransfer reactions outside the cell rather than lipase reactions. There are >250 genes in Arabidopsis annotated as “lipases” but most of these have unknown functions and probably many actually carry out different reactions which can only be discovered by biochemical and metabolic studies of the enzyme activities.