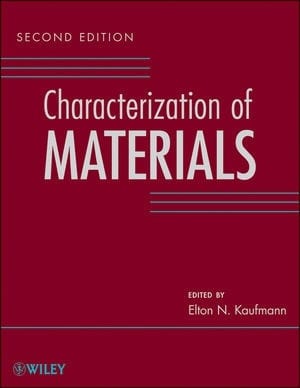 10 years after the launch of the textbook Characterization of Materials, considered by many in the field to be a leading reference guide to any researcher working on materials systems, the second edition has been released. It covers new fields that have emerged since the original was published, including scanning-probe microscopy, porosity measurement, and microelectromechical characterization, and has a new and updated foreword by Dr. Shirley Jackson, President of the Rensselaer Polytechnic Institute.

Recently, the editor of the second editor, Dr. Elton Kaufmann, talked to AZOM.com about the new book, new subject areas, his intended audience, and much more; you can read the full text of the interview here.