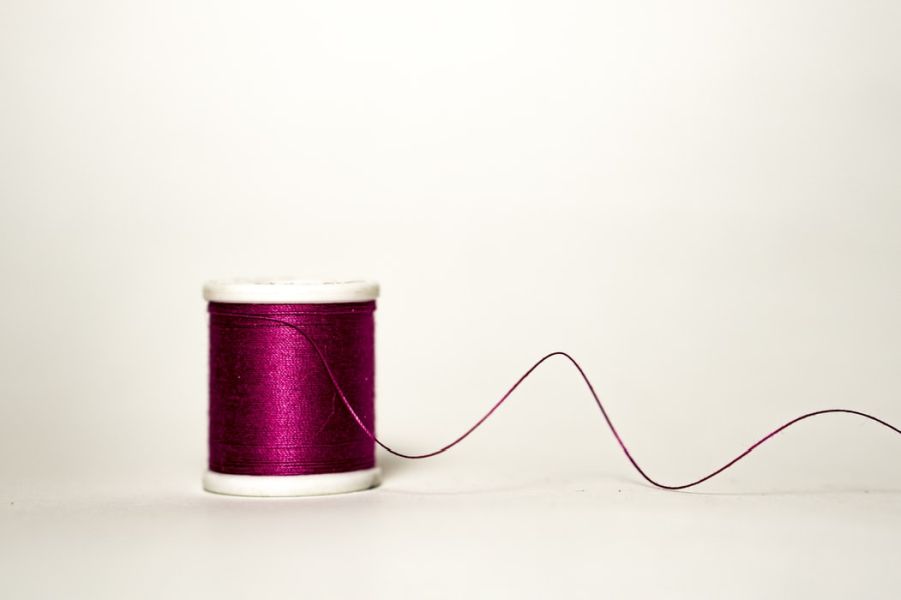 Near-field communication (NFC) technology is what enables us to make payments by a simple wave of our smartphone or to share data with a nearby phone. NFC has also been adapted for another application: body area networks (BANs). Wearable medical sensors based on NFC do not require batteries and can be implemented in an inconspicuous, noninvasive way — attached directly to the skin or integrated into clothing. 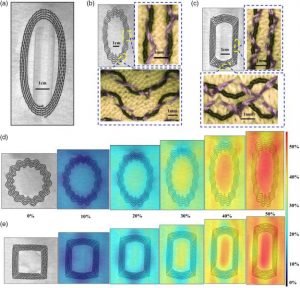 Integrating NFC sensors into clothing still comes with challenges, however. A sensor requires an NFC chip with a coil antenna for both energy harvesting and wireless communication. Embroidering NFC coils onto stretchable fabrics require conductive yarns that must be seamlessly integrated and able to withstand the tensions caused by human motion. Changes to the device geometry result in changes to the electromagnetic properties of the NFC antenna, making it more difficult to deliver a stable power supply to the NFC sensor.

The embroidery process uses nonconductive zigzag stitches to fasten the conducting thread into place, and a sine-wave shape is adopted for the coil instead of a conventional spiral design. Together, these two mechanical improvements ensure that the coil stretches evenly in all directions during extreme deformation, enhancing the device’s resiliency.

The researchers applied their NFC sensor design strategy towards a temperature-sensing bra for breast cancer monitoring, since skin temperature can serve as a measure for early detection of tumor malignancies. An Android-based app allows for NFC communication with the sensor and reading of the data. The sensor system can be stably powered by the energy harvested from the antenna and reliably measures body temperature.