Scientists at TU Munich have discovered an inorganic substance whose elements are arranged in the form of a double helix. 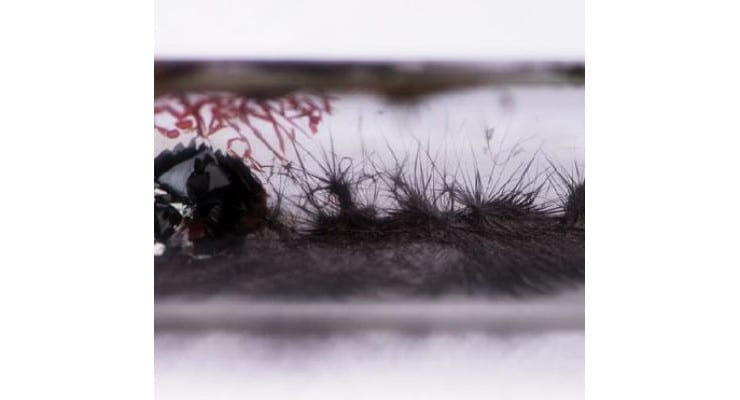 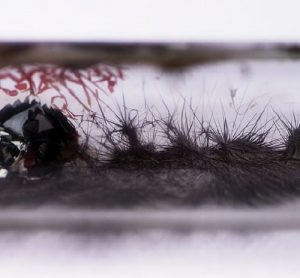 The substance, called SnIP, comprising the elements tin (Sn), iodine (I) and phosphorus (P), is a semiconductor. However, unlike conventional inorganic semiconducting materials, it is highly flexible. The centimeter-long fibers can be arbitrarily bent without breaking.

“This property of SnIP is clearly attributable to the double helix,” says Daniela Pfister, who discovered the material and works as a researcher in the work group of Tom Nilges, Professor for Synthesis and Characterization of Innovative Materials at TU Munich. “SnIP can be easily produced on a gram scale and is, unlike gallium arsenide, which has similar electronic characteristics, far less toxic.”

Due to the arrangement of atoms in the form of a double helix, the fibers, which are up to a centimeter in length can be easily split into thinner strands. The thinnest fibers to date comprise only five double helix strands and are only a few nanometers thick. That opens the door also to nanoelectronic applications.

An extensive interdisciplinary alliance is working on the characterization of the new material: Photoluminescence and conductivity measurements have been carried out at the Walter Schottky Institute of the TU Munich. Theoretical chemists from the University of Augsburg collaborated on the theoretical calculations. Researchers from the University of Kiel and the Max Planck Institute of Solid State Research in Stuttgart performed transmission electron microscope investigations. Mössbauer spectra and magnetic properties were measured at the University of Augsburg, while researchers of TU Cottbus contributed thermodynamics measurements.