IR-driven transfer of plasmon-induced hot electrons in a nonmetallic branched heterostructure, by combining ultrafast transient absorption spectroscopy with theoretical simulations, is demonstrated for the first time. 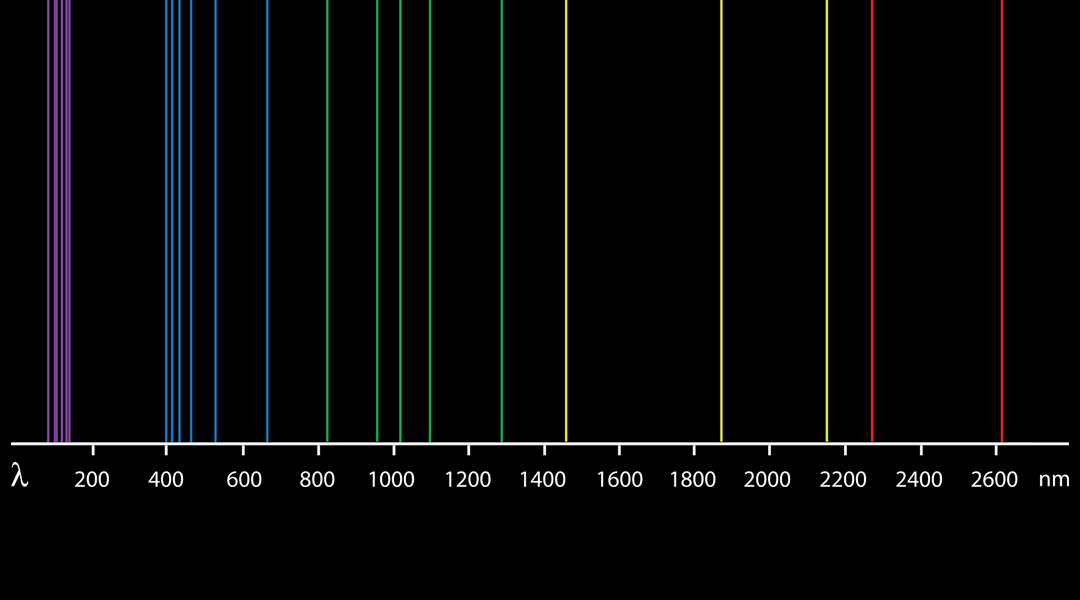 Plasmonic nanostructures with a unique localized surface plasmon resonance (LSPR) have been widely cooperated into semiconductor photocatalysts to promote light harvesting and increase the efficiency of solar-to-fuels conversion.

One successful paradigm in this regard is the integration of plasmonic noble-metal nanostructures, such as Au or Ag nanostructures, with suitable semiconductors to promote H2 generation based on the transfer of plasmon-induced hot electrons from noble metals to semiconductors. Although this classical sensitization approach has been widely used in noble-metal/semiconductor systems, it remains uncertain in nonmetallic plasmonic heterostructures. Especially, there has been no direct evidence of the ultrafast kinetics process in plasmonic semiconductor systems reported, and the corresponding mechanism for the plasmon-enhanced IR-light catalytic activity remains unclear. 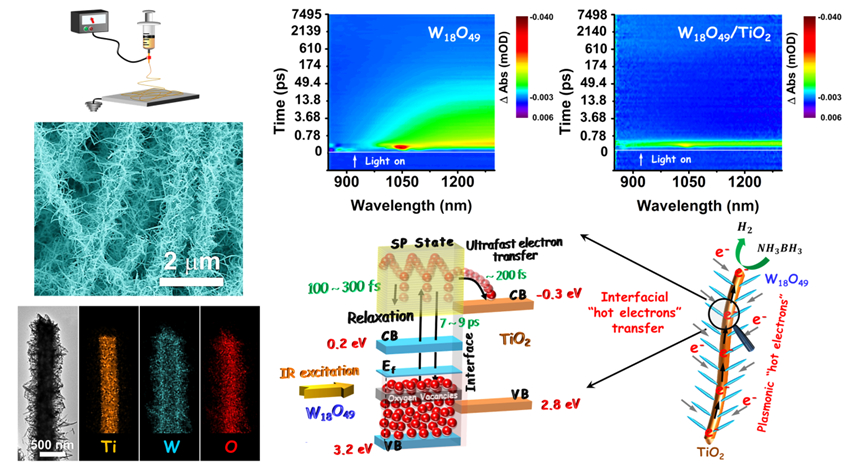 The branched heterostructure is fabricated through solvothermal growth of plasmonic W18O49 nanowires (as branches) onto TiO2 electrospun nanofibers (as backbones).

The ultrafast transfer of hot electrons from the W18O49 branches to the TiO2 backbones occurs within a timeframe on the order of 200 fs with rate constants ranging from 3.8 × 1012 to 5.5 × 1012 s−1. The transfer rate constants are 103–105 times larger than the values obtained in traditional semiconductor heterostructure systems. Such an ultrafast transfer process effectively hinders the relaxation of the hot electrons to low energy levels in plasmonic W18O49 nanowires and therefore boosts the generation of active electrons for executing the catalytic reaction.

In this way, the W18O49/TiO2 branched heterostructure exhibits enhanced catalytic activity for H2 generation from ammonia borane (NH3BH3) compared with that for the pure W18O49 nanowires under irradiation of low-energy IR photons. This discovery not only reveals the ultrafast kinetics of plasmon-induced hot electrons in burgeoning plasmonic semiconductor heterostructures but also opens a useful new route to using these materials for more efficient utilization of abundant solar energy.

The research project was sponsored by the National Natural Science Foundation of China.