A nanomimics concept based on block copolymer vesicles is evaluated with regard to molecular factors influencing antimalarial activity. 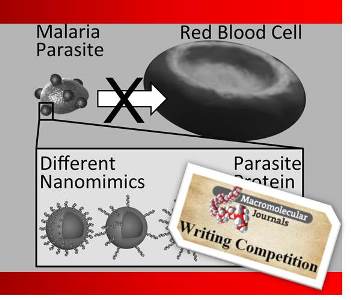 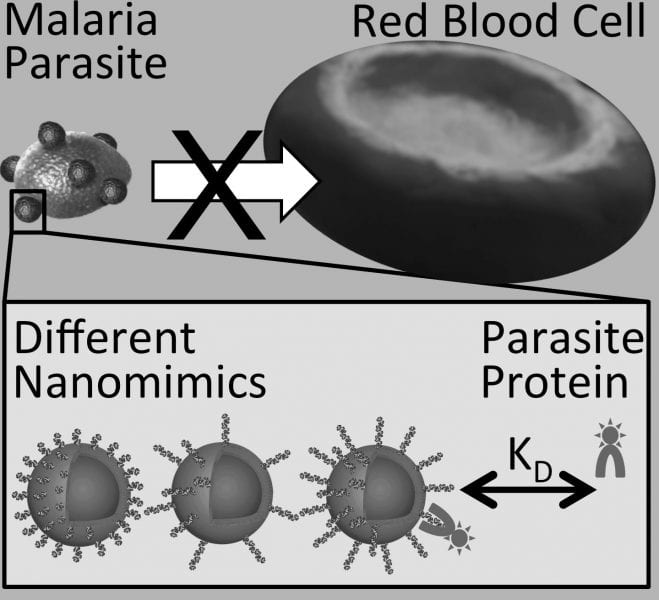 Besides cancer and cardiovascular diseases, infectious diseases exhibit a considerably high impact on global health. Malaria, for instance, is an infection caused by parasites of the genus Plasmodium. The parasites are transmitted to humans by the bite of Anopheles mosquitoes. Once the invasive form of the parasite, called merozoite, is in the blood stream, it nurtures from red blood cells (RBCs) to mature. The disease is difficult to distinguish from other diseases and is often fatal. Currently, there is still a lack of effective drugs against Malaria and, thus, new forms of therapy are of great interest.

In a recent study by Najer et al. (University of Basel, Switzerland), a nanomimics concept based on block copolymer vesicles in the size range of 100 to 200 nm is evaluated with regard to molecular factors influencing antimalarial activity. In the course of the disease, malaria parasites are led to RBCs by recognizing heparin exposed on the surface of RBCs. In the presented concept, Najer et al. exploit this idea by using different heparin-decorated polymer vesicles as artificial RBC membranes to preclude malaria parasites from entering human RBCs. In this way, the asexual life cycle of malaria parasites and, thus, the infection can be stopped at this stage.

In this study, Najer et al. primarily investigated if different molecular patterns, such as length and total amount of surface receptor molecules had an effect on the invasion inhibition potency of nanomimics. Systems were formed by film-rehydration of the block copolymers PMOXA-b-PDMS-b-PMOXA used in a mixture with either PDMS-b-Hep or PDMS-b-ShortHep to build systems differing in length and the amount of heparin as surface receptor. It was shown that a known heparin-binding protein found on malaria parasite surfaces (PfMSP142) showed a high affinity for heparin when heparin was exposed on nanomimics. This was determined by fluorescence correlation cross-correlation spectroscopy (FCCS). Furthermore, essays investigating anti-malarial suspension demonstrated the successful inhibition of malaria parasite invasion into RBCs regardless of the amount and the length of heparin chains. Interestingly, it was found that short heparin chains were as effective as long chains when they were present in a greater number. However, when fewer long chains were presented on the nanomimics’ surface, the system was less efficient. The authors named multivalency as a possible cause for these findings, which they explain by the mobility of heparin chains in the artificial membrane of polymer-based nanomimics.