Effort to accelerate the deployment of CIGS manufacturing will play a critical role in building a competitive U.S. photovoltaic industry. 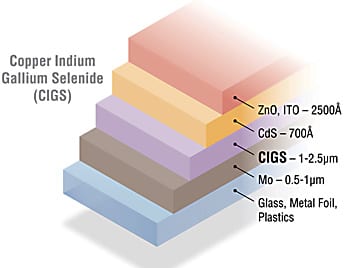 The U.S. Photovoltaic Manufacturing Consortium (PVMC), an industry-led collaboration headquartered at the College of Nanoscale Science and Engineering (CNSE) of the University at Albany in New York that is designed to accelerate next-generation solar photovoltaic (PV) technologies, has selected a trio of leading solar industry executives to guide development of the first-ever U.S. CIGS PV Roadmap.

Dr. Alain Kaloyeros, Chair of PVMC and Senior Vice President and CEO of the College of Nanoscale Science and Engineering, said, “Through the leadership and vision of Governor Andrew Cuomo, and the critical investment by the U.S. Department of Energy, New York is leading the national effort to accelerate the deployment of efficient and cost-effective solar energy through the development of innovative CIGS technology. The engagement of three leading solar executives is an important step forward in enabling PVMC to deliver the nation’s first-ever CIGS PV Roadmap, and we look forward to their guidance and participation in this important endeavor.”

Dan Armbrust, CEO of PVMC and President and CEO of SEMATECH, said, “One important objective of PVMC is to build leadership around roadmapping to establish the disciplines of financial and cost modeling, strategic planning and other long-term activities for CIGS PV manufacturing and applications. PVMC will take a lead role in bringing in the entire industry supply chain to collaborate in defining critical challenges and potential solutions for over the next decade.”

Spearheaded by CNSE and SEMATECH as part of the U.S. Department of Energy’s (DOE) SunShot Initiative, PVMC is targeting a reduction in the total installed cost of solar energy systems by 75 percent over the next decade. The CIGS PV Roadmap aims to provide a congruent plan for the national CIGS industry, including module and systems manufacturers, suppliers, and end-users, that will identify common challenges and define the areas of technical developments needed to sustain and advance a competitive U.S. photovoltaic industry.

Dr. Larry Kazmerski, Dr. Joseph Laia, and Dr. Richard Swanson will serve as co-chairs for the groundbreaking effort, which will include participation from all sectors of the photovoltaic industry and support the development and growth of advanced solar PV-related manufacturing processes throughout the United States. 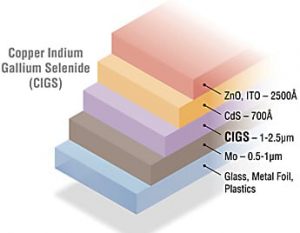 “The National CIGS PV Roadmap effort is a vital initiative, bringing together all sectors of the photovoltaic industry to identify critical challenges and coalesce industry direction and market leadership,” said Dr. Joseph Laia. “I am delighted to be selected co-chair of the CIGS PV Roadmap. I look forward to providing guidance on solutions-driven initiatives that tackle top industry concerns on the technical barriers, manufacturing processes, and business challenges associated with CIGS thin-film solar PV.”

“I am honored and excited to be working with my co-chairs and the roadmap team to help DOE further define and clarify the role CIGS can play in our energy future,” said Dr. Swanson. “We’ll be building on earlier PV roadmap initiatives, and collaborating with partners from industry, universities, and government to help set the direction for this promising renewable energy technology.”

Serving as the champions for the U.S. CIGS PV Roadmap, the co-chairs will direct the activities and decisions of the Roadmap Executive Steering Committee (RESC) and guide roadmap working groups addressing six focus areas relevant to the entire industry, including roll-to-roll; rigid glass; metrology; modules and packaging; substrates and materials; and reliability, certification, and test.

Dr. Kazmerski is Director of the National Center for Photovoltaics at the National Renewable Energy Laboratory (NREL), where he has led NREL efforts in measurements and characterization for more than 20 years. Kazmerski has published more than 310 journal papers in the areas of solar cells, thin films, semiconductor materi¬als and devices, surface and interface analysis, scanning probe microscopy, nanoscale technology, high-tempera¬ture superconductivity, and semicon¬ductor defects, and is a three-time recipient of the R&D 100 awards for novel mea¬surement and characterization devices.

Dr. Laia most recently served as President and Chief Executive Officer of Miasole. Prior to Miasole, he was Group Vice President of Metrology at KLA-Tencor, responsible for all of KLA’s eight wafer metrology businesses, and served as Chief Executive Officer of Blue29 LLC, a subsidiary of KLA Tencor Corp. He has over a decade of national laboratory experience and spent a number of years in semiconductor capital equipment companies. He holds 10 patents, has published 25 papers, and has edited one book in the area of materials processing.

Dr. Swanson founded SunPower Corporation to develop and commercialize cost-effective photovoltaic power systems in 1991, and currently serves as its president emeritus. Along with his students and co-workers, Swanson has published more than 200 articles in journals and conference proceedings, as well as several book chapters. In 2002, Swanson received the William R. Cherry award by the IEEE for outstanding contributions to the photovoltaic field, and was elected to the National Academy of Engineering in 2009. Most recently, Swanson received the Economist’s Innovation Award for Energy and Environment, the 2010 IEEE Jun-ichi Nishizawa Medal, and the Karl Boer Solar Energy Medal of Merit.

As the primary sponsor of the effort, PVMC is providing resources for managing and coordinating the roadmap activities. Members of the CIGS PV Roadmap represent all areas of the PV industry including module producers and integrators, equipment suppliers, materials and metrology tools, end-users, and the research community.