Advanced MRI scans may improve treatment of tremors in patients with Parkinson's disease. 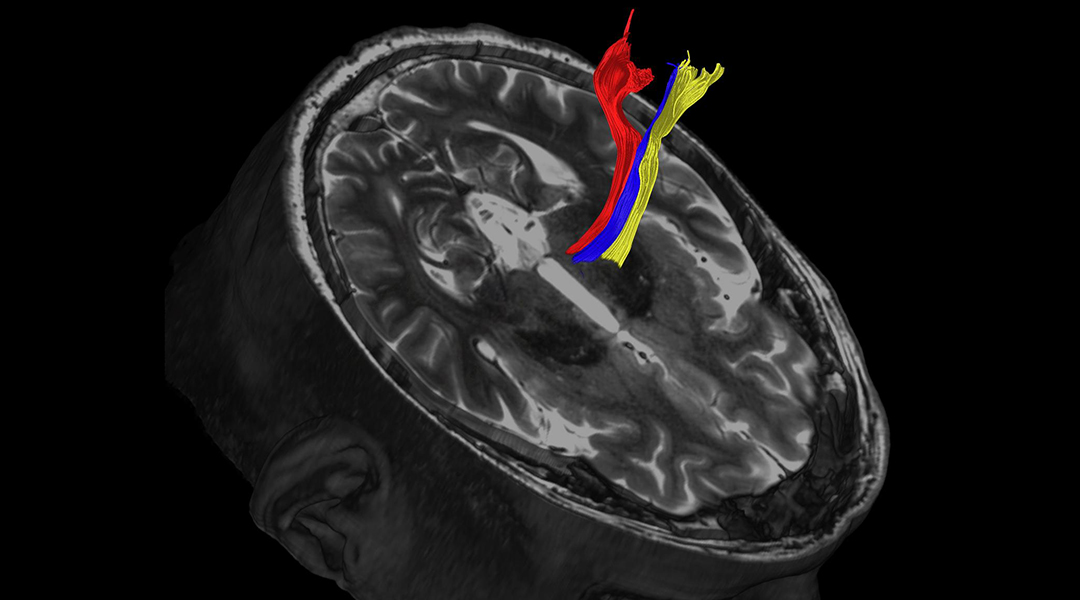 A new MRI technique developed by researchers at UT Southwestern can now more precisely target a pea-sized area in the brain that has been linked to tremors in patients with essential tremor and Parkinson’s disease. The team of researchers from UT Southwestern Medical Center said this will lead to better, surgery-free outcomes for patients and will significantly lower the risk of negative effects associated with imprecise targeting during brain stimulation therapies.

Currently, the first line of treatment for involuntary shaking associated with neurological disorders, such as Parkinson’s disease, is medication. While this strategy has helped to alleviate symptoms in some patients, according to the study’s first author Bhavya Shah, M.D. and an assistant professor of radiology and neurological surgery at UT Southwestern, approximately 30% of patients do not respond well to drugs or find them ineffective.

Brain stimulation therapies, in which ultrasound, magnetic, or even mechanical stimulation of the brain activates or inactivates neural activity, have shown promise in treating a number of neurological and psychological disorders. MRI-guided high-intensity focused ultrasound (HIFU) therapy emerged about a decade ago and is currently approved for treatment. It uses high-intensity ultrasound waves to heat and eliminate a small section of the thalamus linked to the disorders. “The outpatient procedure does not require opening the skull, and the patient is awake while it is performed,” said Shah in a press release. “No cuts. No anesthesia. No implanted devices.”

But temporary effects as a result of imprecise targeting, such as problems walking or slurred speech, can occur, and according to Shah, these effects can be permanent in 15-20% of patients.

This occurs because up-to-date techniques cannot provide accurate maps of the brain, doctors must rely on landmarks or maps identified in cadavers to determine the correct location, and every brain is different. Even tiny errors can damage surrounding tissue or missing portions of the correct target, said Shah.

Using original images obtained from their refined MRI techniques — recently published in Brain — the team could target HIFU at very precise locations in the brain to burn away the problem tissue.

“The most widely studied and perhaps most promising imaging method is called diffusion tractography,” said Dr. Shah. “It creates precise brain images by taking into account the natural water movement within tissues.” It measures the rate of water diffusion between cells to understand and create a connected map of the body’s internal structures, most commonly, the brain. It can provide an accurate map that can be used to pinpoint the part of the thalamus to treat with focused ultrasound.

The other methods described in the study are quantitative susceptibility mapping — which creates contrast in the image by detecting distortions in the magnetic field caused by substances such as iron or blood — and fast gray matter acquisition TI inversion recovery — which operates much like a photo negative, turning the brain’s white matter dark and its gray matter white in order to provide greater detail in the gray matter.

“These advancements should lead to improved clinical efficacy, a reduction of adverse effects, and a new era of non-invasive neural modulation based on the principles of circuit biology,” said the authors in the study.

The procedure has already been approved by the Food and Drug Administration (FDA) for use in patients, and will be used at the UTSW Neuro High Intensity Focused Ultrasound Program beginning this fall. Dr. Shah and his team also plan to participate in a multicenter clinical trial with collaborators at the Mayo Clinic in Rochester, Minnesota, testing the diffusion tractography method in patients.