Environmental protection measures implemented in recent years have seen positive outcomes in improving the health of the Mother River of China. 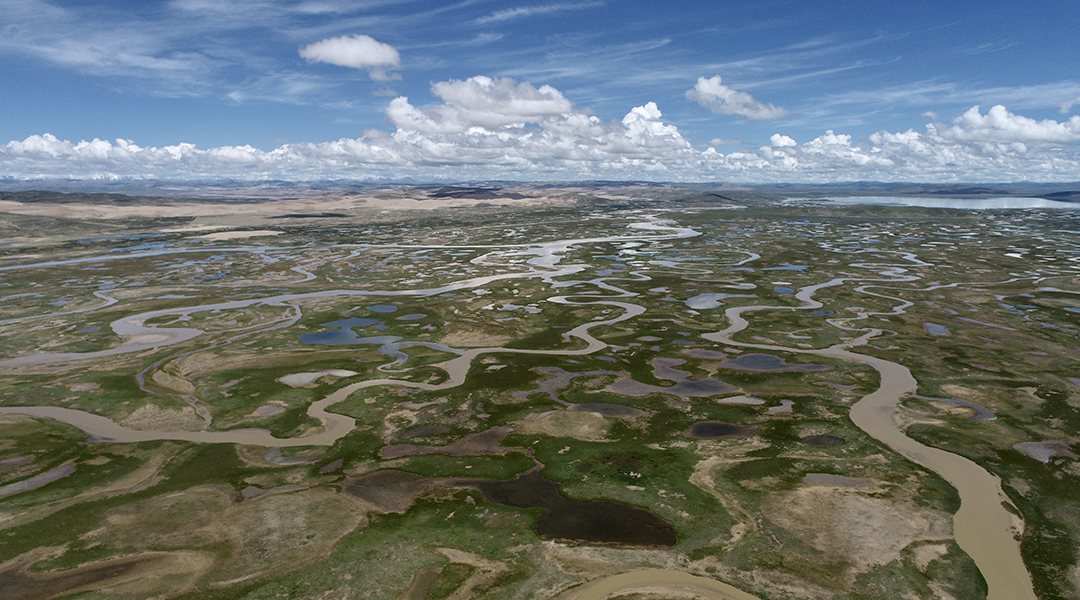 Social media tends to emphasize the doom and gloom of environmental disasters. However, environmental improvement taking place in some parts of the world indicates our ability to support and even reverse the harm done as a result of human activity. This is particularly true for the Upper Yellow River located in western China.

Referred to as the Mother River of China, this area provides water for around 150 million people. Headwaters of the river drain part of the Sanjiangyuan or the Three River Source Zone, which in turn is part of the Qinghai-Tibet Plateau — the largest high-altitude plateau on Earth. Concerns for water security and environmental management in rivers that drain from the plateau directly impact the social and economic development of one fifth of the world’s population.

Hailed as the roof of the world, the region has supported pastoral life for thousands of years. However, towards the end of the twentieth century, local researchers began to express concern for wetland and grassland condition in the river’s “source zone”. Acknowledging initial signs of degradation of the area, the Chinese government adopted a proactive and precautionary approach to environmental management in efforts to address threats to water security while maintaining the integrity of this biodiversity hot spot.

Building upon a comprehensive suite of initiatives over the last 40 years, a new national level program entitled Ecological Conservation and High‐Quality Development of the Yellow River Basin commenced in 2019 to help restore the region. In these interventions, management of conservation and biodiversity is directly aligned to climate change initiatives and energy and land use policies. As part of an ambitious blueprint of an “ecological civilization” in China, Sanjiangyuan National Park was created in 2015, and formally established in 2021.

New approaches to research collaboration accompanied these developments. The Three Brothers Project is an international education initiative that emerged from discussions within the Association of Pacific Rim Universities (APRU) in 2007. In the environmental arm of this project, scientists at the University of Auckland in Aotearoa New Zealand have worked alongside researchers from Tsinghua University and the Institute of Geographic Sciences and Natural Resources Research of the Chinese Academy of Sciences in Beijing to support local researchers at Qinghai University.

Targeted approaches to conservation practices now look after sections of river that are in good condition. In most other parts of the world, such remnants are small and isolated. However, largely because of the remoteness and sparse population of the Qinghai-Tibet Plateau, this region is one of the least polluted areas on Earth and significant lengths of the Upper Yellow River remain in good condition.

Passive restoration practices in the source zone of the Yellow River minimize direct human interventions and associated pressure on the land. This supports recovery of riparian vegetation, which “helps the river to help itself”. Nature-based solutions reflect harmonious approaches to water management that ‘work with the river’. They parallel long-standing application of Daoist principles that have maintained large-scale irrigation programs in other parts of western China for thousands of years.

In contrast to parts of the world where contestations over the “commons” result in fragmented approaches to environmental management, a coherent and carefully crafted package of environmental protection measures has resulted in notable improvements in the condition of the Upper yellow River.

Management policies and interventions in this area provide hope in our efforts to come to terms with a changing world, helping to improve the health of our planet in a meaningful way.

This article was written by Gary Brierley with support from He Qing Huang, Zhiwei Li, Meiqin Han and Xilai Li.