Integrating vaccines with biomaterials could help minimize the need for refrigeration and booster shots. 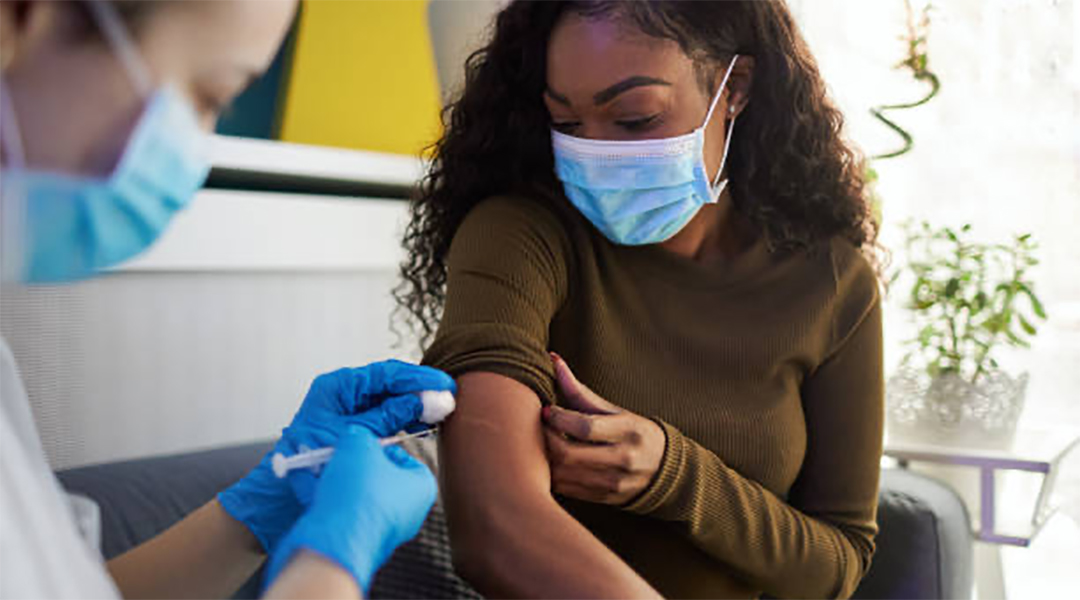 Over the last two centuries, the creation, development, and widespread application of vaccines have saved millions of lives. Ever since Edward Jenner’s 1796 discovery that it was possible to “vaccinate” a person against smallpox by exposing them to cowpox (a much milder disease), vaccines have become one of the most significant scientific achievements.

The evolution of prophylactic treatments to prevent infection began thousands of years ago with the practice of variolation — introducing material from the blisters or scabs of an infected patient into the body of an uninfected individual — to protect themselves from infection. This procedure was dangerous and unreliable, and the risk of variolated individuals transmitting the disease even further existed. Nevertheless, it was understood that introducing “mild forms of sickness” to healthy people could prevent them from suffering serious infection. Thankfully, the use of this practice declined and was even banned in some countries soon after Jenner’s work.

Louis Pasteur’s vaccines against cholera and rabies in the late 1800s heightened the impact and promise of vaccination, and once the notion of public health was established, dozens of vaccines were developed over the next century; however, several problems have persisted with vaccine technologies that are still causing issues into the 21st century.

The limitations of modern vaccines

While the efficacy and types of vaccines have made remarkable progress since 1796, certain factors such as the danger faced by certain populations, necessity for booster shots, and the short shelf lives resulting from vaccines’ thermal sensitivity all constrain the universal application of today’s vaccines.

Generally, vaccines work by introducing a small amount of antigens — pieces of a pathogen — into the body to induce an immune response. The immune system recognizes these substances as foreign and produces antibodies — proteins that bind to foreign material to help the body neutralize them and dispose of them quickly. Certain immune cells can then “remember” the antigen in case the body is ever exposed to the same illness again in the future.

Unfortunately, to get the body to remember these antigens, it must be exposed to them more than once or, at least, for an extended period. Therefore, many common vaccines require booster doses, or multiple administrations of the vaccine, in order for the vaccine’s full immunogenic potential to be realized. This need for multiple injections presents an obstacle to efficiently achieving full vaccination and is regularly cited as one of the primary reasons for low compliance with vaccinations.

Furthermore, the vast majority of vaccines must be refrigerated because they are unstable at room temperature for more than a few hours. One vaccine that we all are very familiar with — the mRNA COVID-19 vaccine — requires extremely low temperature — down to -80 °C — in order to remain viable. This need for cooling drives up the cost of vaccine administration, with the expense of keeping vaccines cold accounting for as much as 80% of the overall cost of the vaccination.

These limitations have been made even more evident by the COVID-19 pandemic and highlight an urgent need to improve vaccination.

The integration of vaccine technology with biomaterials

The ideal vaccine should be safe, patient-friendly, and stable enough to be maintained at ambient temperatures and give long-lasting protection following a single dose, and researchers have turned to biocompatible materials derived from natural sources (called biomaterials) to promote vaccine potency and stability. Biomaterials contribute to vaccine delivery by encapsulating antigens, slowly degrading in the body, and gradually releasing the antigens to their site of action. These materials have been engineered to interact with biological systems and are biocompatible, biodegradable, and non-toxic to the body.

The aforementioned vaccine limitations can possibly be solved with the use of biomaterials in vaccines by providing more control over vaccine delivery, preserving proteins, improving immune activation, enhancing thermal stability in the absence of refrigeration, and reducing the number of required doses.

Biomaterials such as synthetic biodegradable polymers, polysaccharides, biocompatible hydrogels, proteins, and metal-organic frameworks are being investigated for drug delivery applications. A recent review paper published in the journal WIREs Nanomedicine and Nanobiotechnology discusses the experimental advancements made with these biomaterials in the field of thermally stable single-injection vaccinations against disease as well as prospective paths for progress with biomaterials.

Biomaterials promote vaccine stability by wrapping antigens up in a coat that keeps them from aggregating. Because proteins need to move to denature and “go bad,” wrapping them up tightly in a natural polymer network prevents them from going bad. Likewise, biomaterials decompose slowly in the body, which means they can introduce the antigen over a longer period of time. This allows the body to produce a stronger immune response against the antigen and, therefore, potentially eliminate the need for booster shots.

Another group of polymers, the polysaccharides, are large carbohydrate polymers composed of many tiny monosaccharide subunits. They include a large family of chemicals found in plants, microbes, and mammalian cells, among other places. Polysaccharides have attracted researchers due to their high water solubility, simplicity of production, and ease of chemical modification.

Other biomaterials that have been utilized for drug delivery include hydrogels, proteins, and metal-organic frameworks (MOFs). Key benefits of these materials are their ability to autonomously encapsulate antigens in aqueous environments and their adaptability to structural modifications after creation. MOFs, which are composed of metal ions and coordinating linkers, have emerged as efficient antigen deposits that provide thermal stability.

Although biomaterial-based methods of next-generation vaccines based on lipid nanoparticles, RNA, and DNA are still in their infancy, research has shown that a single injection of biomaterial-based formulations can elicit an immune response comparable to that elicited by current multiple injection vaccine routes. As research into improving vaccine administration and stability proceeds, this field should prioritize biomaterials that induce long-lasting immunity and protect against diseases without requiring expensive refrigeration.