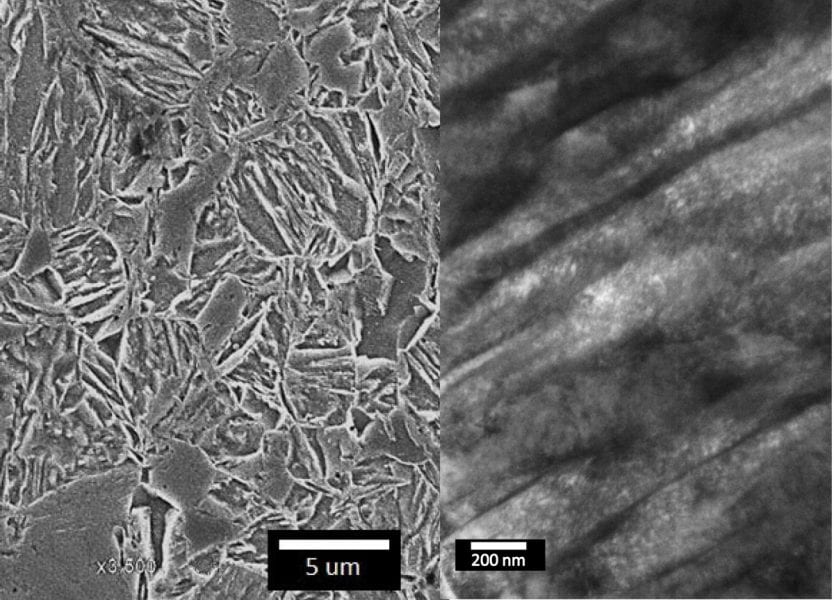 Advanced high-strength steels (AHSS) are used in the manufacture of lightweight, crashworthy cars. The martensitic AHSS (MS-AHSS) are considered the strongest among this class of steels. The good strength of MS-AHSS allows the fabrication of thinner automotive components without sacrificing strength, thereby saving weight, increasing fuel efficiency, and decreasing the emitted CO2. MS-AHSS are especially useful in fabricating automotive components that form the protective cage around passengers. One possible issue for high-strength steels is hydrogen embrittlement from hydrogen picked up during service from the corrosion of steel.

As part of their study of the hydrogen embrittlement of MS-AHSS, Andrej Atrens et al. used electrochemical permeation experiments to investigate hydrogen diffusivity and trapping characteristics in different grades of MS-AHSS steel. Hydrogen diffusion slowed with increasing mechanical strength of MS-AHSS, and was related to the increasing trap density. The concept of reversible trapping of hydrogen by dislocations is a possible explanation of the observed hydrogen-influenced behaviour in the MS-AHSS, such as: (i) the reduction of the yield strength as explained by the Hydrogen Enhanced Macroscopic Plasticity mechanism, and (ii) the occurrence of shear micro-fracture by the Hydrogen Assisted Micro-fracture mechanism.