Hybrid tunnel may help guide severed nerves back to health

Design to guide the reconnection of severed nerve endings may aid treatment of patients who have suffered extensive nerve trauma. 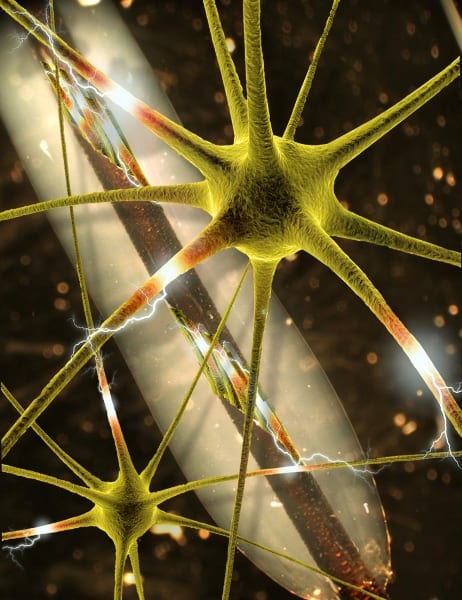 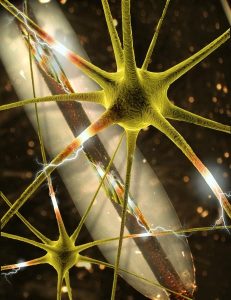 A design that incorporates a soft hydrogel external wall and a conducting polymer as a supporting internal wall may serve as a tunnel to reconnect severed nerves. Image: Mohammad Reza Abidian.

Building a tunnel made up of both hard and soft materials to guide the reconnection of severed nerve endings may be the first step toward helping patients who have suffered extensive nerve trauma regain feeling and movement, according to a team of biomedical engineers.

“Nerve injury in both central nervous system and peripheral nervous system is a major health problem,” said Mohammad Reza Abidian, assistant professor of biomedical engineering, Penn State. “According to the National Spinal Cord Injury Statistical Center, there are approximately 290,000 individuals in the US who suffer from spinal cord injuries with about 12,000 new injuries occurring each year.”

Spontaneous nerve regeneration is limited to small lesions within the injured peripheral nerve system and is actively suppressed within central nervous system. When a nerve in the peripheral nervous system is cut slightly, nerve endings can regenerate and reconnect. However, if the distance between the two endings is too far, the growth can go off course and fail to connect.

The researchers, who published their results in the current issue of Advanced Healthcare Materials, developed a novel hybrid conduit that consisted of a soft material, called a hydrogel, as an external wall along with an internal wall made of an electrically-active conducting polymer to serve as a tunnel that guides the regrowth and reconnection of the severed nerve endings.

Abidian said that the method could offer advantages over current surgeries that are used to reconnect severed nerves.

“Autografts are currently the gold standard for bridging nerve gaps,” said Abidian. “This is an operation that takes the nerve from another portion of the body — for instance — from a tendon, and then it is grafted onto the injured nerve.”

However, the operation can be painful and there are often mismatches in size between the severed nerve endings and the new grafted portion of the nerve, Abidian said.

The researchers used agarose, a hydrogel that is permeable and more likely to be accepted by the body. However, because the hydrogel expands in water and fluids, the expansion would collapse the tunnel and reduce the ability of the nerve endings to regenerate and connect, Abidian said. They created a second design by adding a conducting polymer, poly(3,4-ethylenedioxythiophene) — PEDOT — to the design to form a wall that can mechanically support and reinforce the hydrogel. PEDOT is a stable material that can conduct electricity to help electrical signals pass through the nerve.

To make sure nutrients and oxygen would reach the regenerating nerve endings, the team created a spiral PEDOT design that maintained the structural integrity of the wall, but allowed some nutrients and air to reach the nerve.

The researchers tested the three designs — plain hydrogel, hydrogel with fully-coated PEDOT wall, and hydrogel with a partially coated PEDOT wall — by implanting the device in 10 mm nerve gaps in rats and measuring the muscle mass and strength of muscle contractions at the end of the nerves. These measurements can indicate whether the separated nerve has reconnected.

They also looked at optical images of cross sections of the nerve to assess its relative health.

According to Abidian, the spiral PEDOT design generated significantly more muscle mass than the other designs, although it did not generate as much muscle mass as the autograft, which was used as the control design in the study.

The pictures of the spiral PEDOT design showed that the health of the nerve itself was nearly indistinguishable from a nerve photographed after an autograft operation.

Abidian said that the next step will be to secure funding to test the design when the gaps between severed nerves are so large that even autograft operations are ineffective. He also said that he hopes the design can be used to create other types of medical implants, such as neural interfaces.

“This design shows that, yes, it can work,” said Abidian. “But now we have to see if electrical signals and chemicals can also pass through much longer gaps to guide and modulate axonal regeneration.”