How the Malta Conferences are cultivating international peace through scientific exchange

The Malta Conferences offer a unique setting to break down barriers, overcome instilled cultural differences, and support scientists restricted in their freedom. 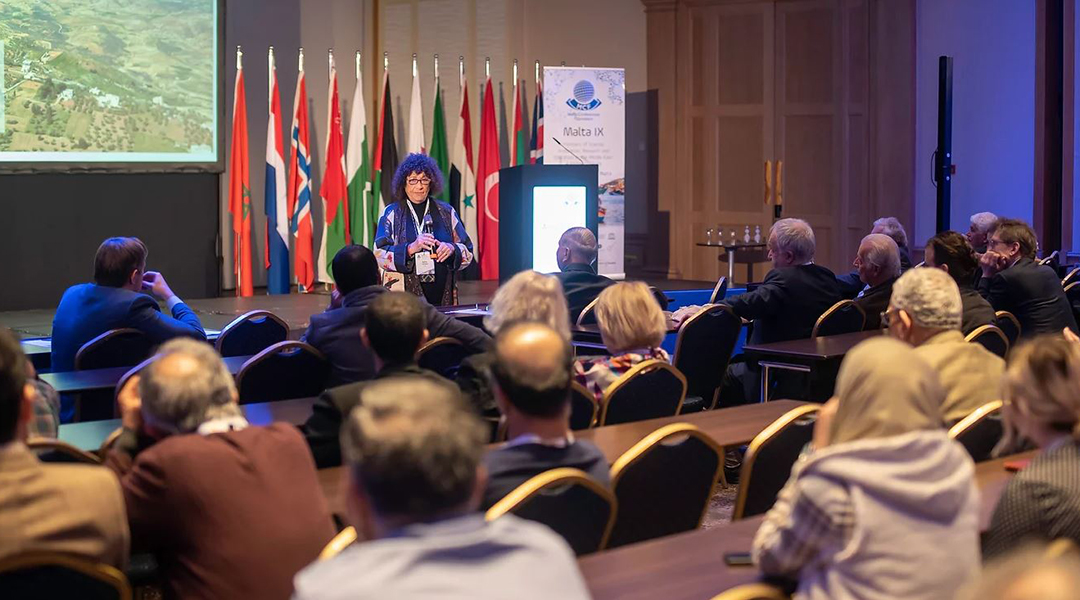 Many working in STEM-related research fields can attest to the fact that scientific exchange is crucial in bringing people from different backgrounds together, using their combined expert knowledge to tackle global challenges.

Scientific cooperation, or science diplomacy, should ideally differ from traditional alliances, such as intergovernmental institutions. The term describes tactical interactions between countries to promote international cooperation and reach agreements on global issues with a scientific focus.

One conference that has been a force for peace for almost two decades now is the Malta Conferences. Nobel Peace Prize Nominee Zafra Lerman established the conference back in 2003, turning her vision of fostering peace through scientific collaboration into reality after conceiving the idea during a session for the International Activities Committee held during the 2002 National American Chemical Society (ACS) meeting.

“When my turn came, I suggested we organize a conference for scientists from all the 15 Middle East countries and bring them all together under the same roof for five days with six Nobel laureates to develop friendships and collaboration that can overcome the chasms of distrust and intolerance,” she said previously during an interview with ASN. “Every scientist who lives in freedom should help scientists whose freedom is abused only for expressing an opinion, protesting for democracy and freedom, and fighting for human rights.”

By creating this unique summit of cultures, she was hopeful they “could move a few centimeters towards peace in the Middle East” while also supporting scientists restricted in their freedom.

To initiate the conferences, Lerman uses established connections to find candidates to attend. The invites are selective and kept to a minimum, with the idea that invited participants would almost exclusively spend their time together to help break down barriers and instigate the relationships she was hoping to propagate.

“In chemistry, when you dilute the solution, the reaction becomes much slower, and we needed a fast reaction — we could not dilute it,” she said. Malta, an island country, was chosen to ensure the maximum security of the participants.

Every second year since then, Lerman has invited scientists from different, even hostile, nations in the Middle East and abroad to inspire cooperation in research and teaching. This year, the conference celebrated its 10th anniversary.

The conference is usually joined by prominent figures from different research fields, underscoring the importance and prestige of these meetings within the global scientific community. The catalysts in this mix are the Nobel Laureates Lerman invites. And just as in any chemical reaction, the organizers actively encourage interaction among all participants.

For Lerman it is important that “everybody would stay in the same hotel, eat all their meals together, attend workshops, lectures, and social events together, and by the end, it would be like a family”. Another participant felt that the conference was indeed akin to attending a family gathering.

Beyond the unique social dynamics, the science presented is as diverse as the participants. One participant pointed out that she usually attends more specialized conferences and that she gained a very different but motivating perspective on scientific and human interaction in Malta. Scientific sessions range from STEM education and science communication to the role of women in science.

One participant said that the variety of topics in the sessions introduced her to a side of science she had not considered before, and that she was very eager to talk to the different presenters about their work after the session.

Another noted, “Everyone was very friendly and genuinely interested in my background and my research although their research focus was completely different to mine. This might just be the friendliest conference that I have ever been to.”

The chemical reactions Lerman encourages indeed are taking place. “One can observe that many friendships had formed amongst people who did not know each other before and it was obvious the newly formed bonds were deeper compared to the connections one usually makes at other scientific conferences,” said a participant.

When people from opposing sides find common ground, it breaks down barriers, overcoming instilled cultural differences and instead finding similarities, which is necessary for fostering international peace.

When asked what insight they hope to bring back to their institution one attendee said, “[To] show that peace is possible, encourage more STEM gender equality, and spread the word about the fabulous activities [of the conference].”