How the capybara could improve biofuels 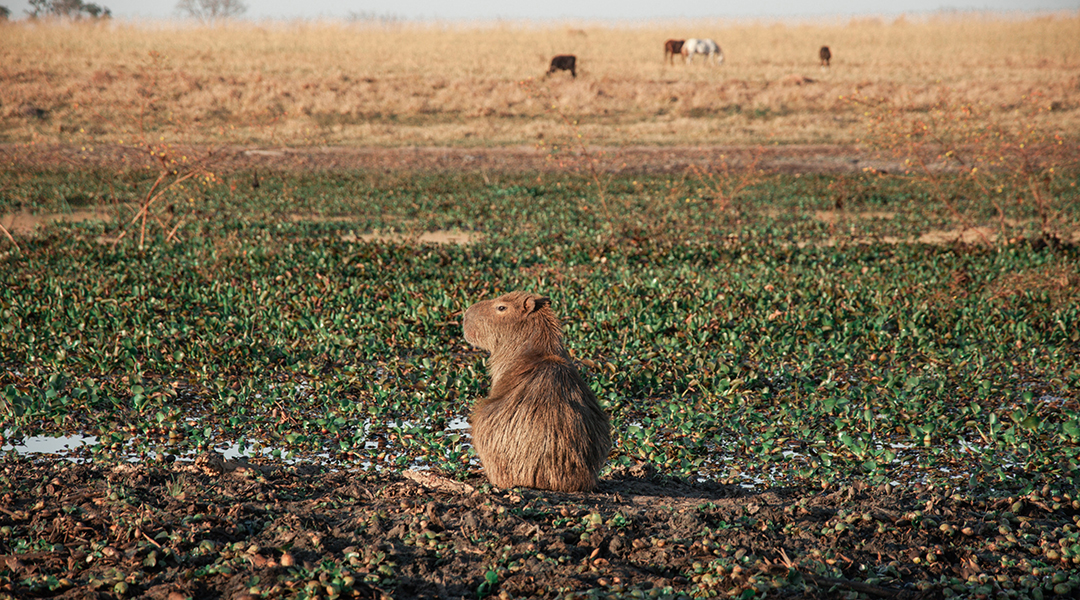 Scientists have discovered a unique biological pathway taking place in the gut of capybaras that they think could one day be harnessed to convert biomass, such as plant or human waste, into biofuels to help solve the energy crisis.

The study, recently published in the journal Nature Communications, identified new families of enzymes in the gut of capybaras which help create biological energy from plants containing polysaccharides such as cellulose — something the human body cannot do.

Today, the world energy supply depends on products obtained from exhaustible resources — fossil fuels like coal, petroleum, and natural gas extracted by mining or drilling. Efforts are being made to obtain substitutes in the form of biofuels obtained from plants, algae, or animal waste; also called “biomass”. Replacing fossil fuels with biofuels could allow the implementation of a more circular economy where energy can be produced using waste materials, such as agricultural residues, which are mostly left on the fields after harvests and used for animal feed, sent to the landfill, or burnt.

A research group based in South America at the Brazilian Center for Research in Energy and Materials (CNPEM) has been studying ways of using crop waste as an alternative source of fuel. Particularly in Brazil, where extensive plantations of sugarcane grow, there is great potential.

Sugarcane is a lignocellulosic plant, which means it contains high levels of the polysaccharides cellulose and hemicellulose, as well as a polymer called lignin. Its abundance and composition make it an ideal biofuel candidate, but it must first be processed to break down the polysaccharides into simple sugars using either acid or enzymes, which is difficult to do.

“One of our research lines is focused on the exploration of Brazilian biodiversity, focused on the discovery of microbial mechanisms and systems to overcome the natural resistance of lignocellulosic materials,” said Mario Murakami, scientific director and principal investigator at Brazilian Biorenewables National Laboratory (LNBR), part of the CNPEM in Campinas, São Pablo, Brazil, and leader of the study.

In the southeastern region of Brazil, wild capybaras have adapted to incorporate sugarcane into their diet.

“The capybara is also known as ‘master of the grasses’ and has the notable ability to efficiently convert lignocellulosic materials [such as sugarcane] into energy, which is comparable to that observed in cattle and other massiveherbivores,” said Murakami. “Our ultimate goal is to provide novel biotechnological solutions that leverage Brazilian advantages such as our abundant biomass, into novel bioproducts to mitigate societal dependence on fossil products.”

In their study, the scientists found that capybaras’ microbiota metabolize sugarcane into short-chain fatty acids — the components found in biofuels.

“This research was indeed an adventure — starting from the collection of fresh samples in the field to the atomic elucidation of novel families of enzymes with great potential for biotechnological applications,” said Gabriela Felix Persinoti, a bioinformatics researcher at LNBR/CNPEM, and corresponding author of the article.

“This was an interdisciplinarity study, including several techniques and approaches to dissect this microbiota from community to atomic levels,” she continued. “To the best of our knowledge, it is very rare in the literature equivalent research that cover all these aspects, providing novel enzyme families.”

The group collected samples from wild capybaras found in Tatuí/São Paulo, Brazil. They compared the bacterial groups with those found in the Venezuelan capybara, which do not eat sugarcane, and found some stark differences.

Their analysis involved identifying major bacterial groups, carrying out taxonomic and genetic analyses, as well as completing structural and biochemical analysis of the most interesting proteins expressed by those bacteria. As a result, the team was able to characterize two new families of enzymes that give the Brazilian capybara the unique ability to digest polysaccharides, such as hemicellulose, and pectins.

The research group have a long trajectory of developing biotechnological solutions to convert biomass into biofuels. In a previous work, they showed how to modify a fungus DNA to make it produce a cocktail of enzymes that are able to breakdown cellulose molecules. In addition to lab-scale tests, the fungal enzymes were also scaled to provide semi-industrial production of cellulosic ethanol from sugarcane residues.

As a follow-up of the recent work, the scientists from the LNBR/CNPEM plan to add the enzymes discovered in the capybara microbiome to the fungus DNA to produce a new type of enzymatic cocktail. Improving the capability of breaking down lignocellulosic biomass may provide a better biotechnological solution to the conversion of sugarcane into biofuels.