How biogas from human waste will lead to energy independence

Chicken feathers enhance the quality of biogas produced from human waste, allowing impoverished communities to generate their own power. 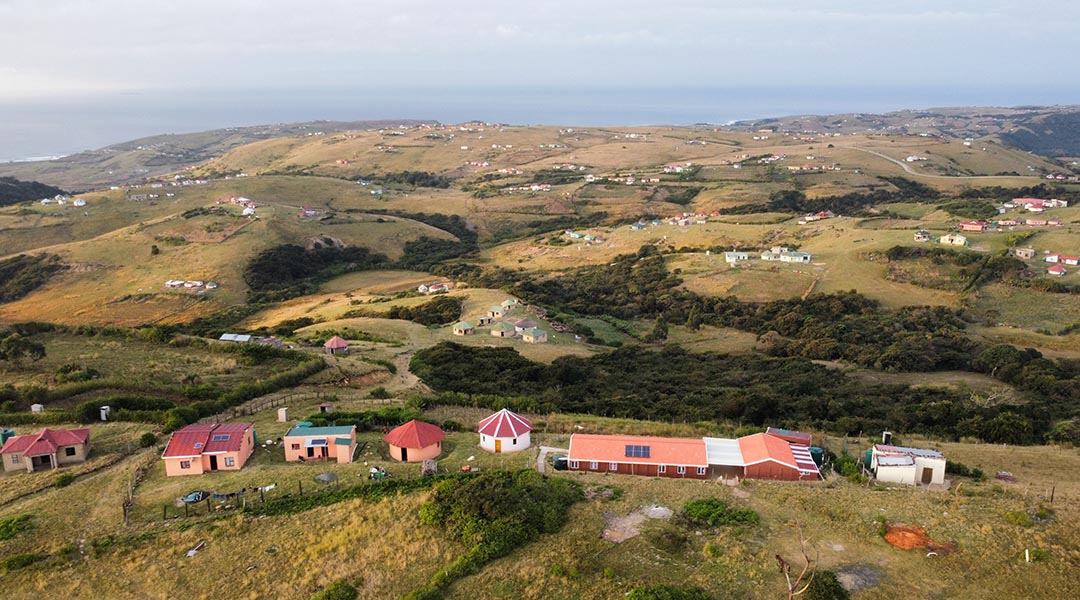 While not necessarily a topic to discuss in polite company, many experts believe that the future of sustainable energy lies in biogas generated from our own waste — and we’re not necessarily talking garbage or food scraps here.

In recent years, research around biogas — a biofuel mixture composed mainly of carbon dioxide and methane produced from the bacterial decomposition of organic waste — has been gaining traction, and technology in this field has been advancing.

“The cost of [photovoltaic] devices is comparatively high based on the poverty index of developing countries,” wrote a team of researchers from University of Johannesburg, South Africa, Covenant University Canaan land and Afe Babalola University in Nigeria. “60% of the world’s energy demand is required in developing countries whose current power generating capacity is unbelievably dismal.”

Nigeria, for example, is one of the most underpowered countries in the world, with projections indicating that current supply (in the range of 12,000 MW) falls 80% below the required production based on the current population. The largest hydropower station in Nigeria has a capacity of roughly 7,876 MW, but the working capacity is only 3,000 MW, or sometimes less. Power generation is hindered by a number of compounding factors, including obsolete or inadequate equipment, corruption, poor government funding, outdated grids, and lack of advanced technologies.

“Unfortunately, this scenario is replicated in many parts of the globe; hence, the immediate solution to the energy crisis globally is the empowering of standalone users,” wrote the team in their paper. “The dismal performance of energy generation programs in some developing countries has exacerbated their population’s poverty rate because small and medium businesses are tied directly to energy.”

The solution they propose centers around the production of biogas, conventional sources of which include food scraps, wastewater, and animal manure. But human waste could provide a viable, renewable source of energy, especially in regions of the world where energy supplies are unstable.

“The shift into animal waste such as poultry droppings and cattle dung has huge prospects, but it is not sustainable in the long term as rural farmers depend on it,” said the researchers. “The use of human excreta is the most available and sustainable due to the human population.”

One challenge, however, is the ammonia naturally found in human waste, which inhibits the growth of methane-producing bacteria and results in impure biogas with high levels of nitrogen. Chemical and microbial pretreatments are an option, but the team wanted to develop a truly sustainable and accessible solution to meet energy demands in impoverished regions.

The trick, according to the study published recently in Global Challenges, is to combine the waste with powdered chicken feathers. The feathers are themselves useful in generating biogas, but only when pretreated to make them amenable to anaerobic digestion. Instead of adding an additional treatment step, the scientists let the microbes found naturally in human waste do all the work for them.

In a laboratory-scale biodigestor, the team mixed together powdered chicken feathers and human waste in a 1:5 ratio and allowed the solution to incubate, measuring the quantity and quality of biogas produced over roughly two months. Compared to controls that contained no powdered chicken feathers, the biogas produced when the feathers were co-digested with the human waste contained, at minimum, 68% less nitrogen and 73% more methane.

“This experimentation means that there could be minimum nitrogen content with more microbes in the human excreta acting on the chicken feather as biotreatment,” said the authors. “The extensive effect of the microbes can be seen in the improved carbon dioxide and carbon monoxide content [of the biogas].”

Real-world prototypes in the works

It took the microbes about 18 days to pretreat the chicken feathers after which biogas production began to take place. Continuous production would depend on the quantity of powdered feathers introduced into the biodigester or sewage tank, said the team.

With these encouraging results, the researchers proposed a medium-scale biogas production scheme based on their system that could provide reliable power to schools, farm settlements, and homes. “If the energy demand is met through this research, […] rural settlements will be self-sufficient as all feedstock are readily available within each locality,” they wrote.

Though a push toward renewables such as wind and solar is important for helping to address the climate crisis, by providing a means of independently and affordably generating green electricity, the researchers hope to help alleviate the poverty that often goes hand-in-hand with unreliable access to energy.