How Metallurgy Helps You Live Longer

Innovations in hot-stamping and coating of components are reviewed in Steel Research International. 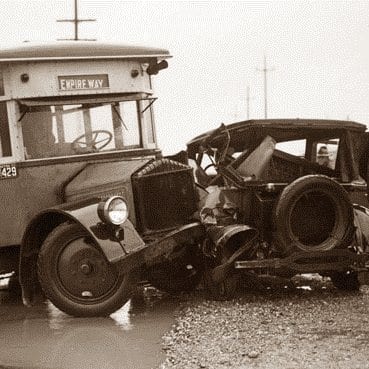 Crash protection is a major concern for vehicle manufacturers.  Since motor vehicles began appearing on roads in increasing numbers it became more apparent that collisions with other vehicles, buildings, trees, and falling off cliffs were scenarios that vehicle manufacturers had to take into consideration.  These days there is a careful balance between building a vehicle with excellent crash protection and keeping the vehicle mass low enough to ensure responsive control and acceptable fuel efficiency.  When this photograph was taken in 1933, Steel Research International was called Archiv für das Eisenhüttewesen and had already been publishing for 6 years. 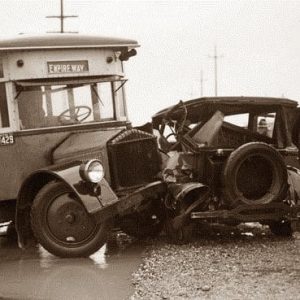 Mercifully much has been done to improve the crash protection of vehicles since then.  Among those innovations is the development of hot stamping for structural components, for example intrusion beams for car doors, which combine high strength with low weight.  Hot-stamped components are already produced in hundreds of millions each year and the number is increasing rapidly.

In an new article by Prof. Bruno De Cooman and Dr. Dong Wei Fan of Pohang University of Science and Technology (FREE access), a critical review of hot stamping technology and its integration with coating systems is given, including Zn-Ni coatings, hybrid sol-gel coatings, recently developed Al–Zn alloy coatings and dual layer Zn–Al and Zn–Al–Mg coatings.  The authors include discussions of the weldability, paintability, and corrosion resistance of these systems, making this an important article for manufacturers and engineers alike.