How Fabric Can Separate Oil & Water

Researchers have developed a gas-phase deposition process to obtain either superhydrophobic or superamphiphilic nanocomposite coatings on filtration membranes. 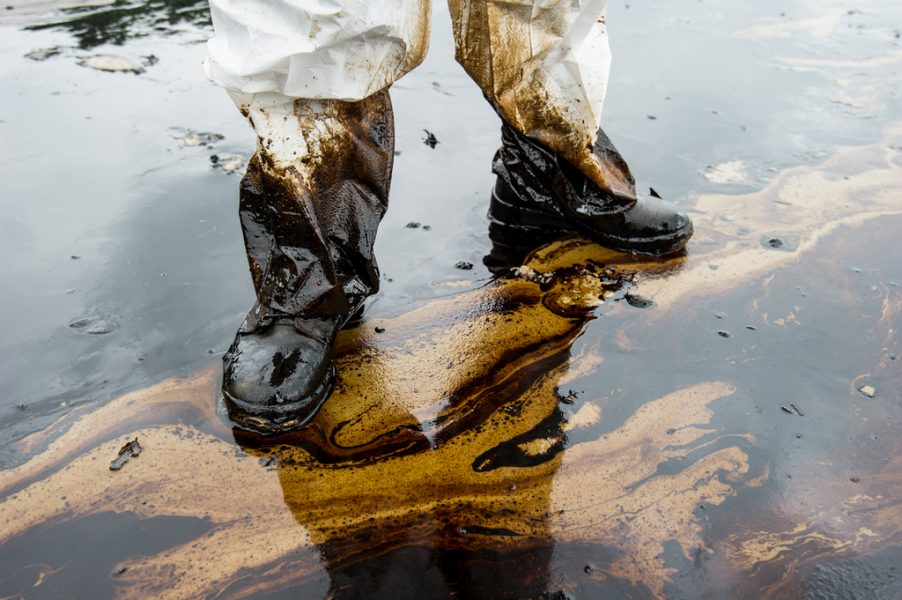 The widespread use of organic chemicals in industry, agriculture, the food sector, as well as the increasing consumption of fossil fuels, has caused a significant increase in water pollution. Oily wastewater has a harmful effect on the biophysical environment and poses a serious threat to human health. Therefore, the development of new, effective, and inexpensive solutions for oily water purification are mandatory.

Over the past few decades, membrane‐based methods for oil/water separation have seen considerable research interest. Superhydrophobic/superoleophilic membranes, or so‐called oil‐removing membranes, are probably the most studied group of materials in terms of their application for oily water purification.

One of the most current and promising trends in the field of water purification is the development of smart and multi-functional materials. A team of scientists from the Czech Republic have contributed to this area by designing a novel plasma‐based technique to obtain either superhydrophobic or superamphiphilic coatings on filtration membranes by tuning the modification process.

The research team successfully utilized a combination of plasma enhanced chemical vapor deposition (PECVD) and a gas aggregation cluster source (GAS) for the plasma‐based modification of porous non-woven viscose fabric and carbon cloth to be used in the field of water purification. PECVD from hexamethyldisiloxane was used for deposition of thin films of either organosilicon plasma polymer or silicon dioxide, obtained by mixing the precursor with argon or oxygen. The films were combined with particles of hydrocarbon plasma polymer (C:H) and/or Cu NPs.

This approach allows for the independent control of the surface roughness and the chemical composition of the functional nanocomposite coatings. As a result, membranes with a wide range of wettability can be fabricated. 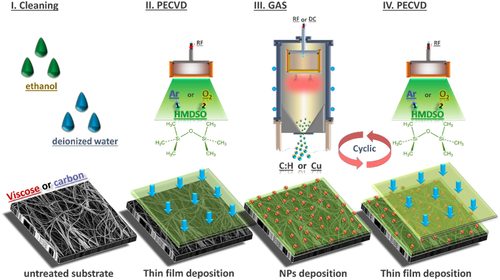 Schematic representation of the modification process for selected textiles to obtain membranes with superhydrophobic or superamphiphilic wetting behavior.

Superhydrophobic membranes were prepared by depositing organosilicon plasma polymer with C:H and Cu NPs onto viscose fabric. The membranes were utilized for the selective absorption of nonpolar organic solvents from water and their absorption capability was shown to depend strongly on the nature of the organic compounds.

Secondly, superamphiphilic membranes were prepared by the deposition of silicon dioxide layers and Cu NPs onto carbon cloth. Separation efficiencies above 99.99% and 99.97% was achieved for the water‐removing and oil‐removing regimes, respectively. Besides these results, a twofold reduction in the metabolic activity of E. coli bacteria was observed after a 24 hr incubation period.

This proposed modification mechanism is presented as a proof of concept and offers a flexible approach that enables the fabrication of various functional nanocomposite materials.

“We believe that such bacteria nonfouling filtration membranes have the potential to be used in industrial applications and could bring new possibilities in the field of water purification. Superamphiphilic membranes could be used as an effective and flexible solution for dual‐membrane systems where water and oil are separated simultaneously,” says Mykhailo Vaidulych, one of the study’s corresponding authors.