How do we know if our adaptations to climate change are successful?

Scientists question whether technologies such as desalination will create solutions to climate change or just shift the problem. 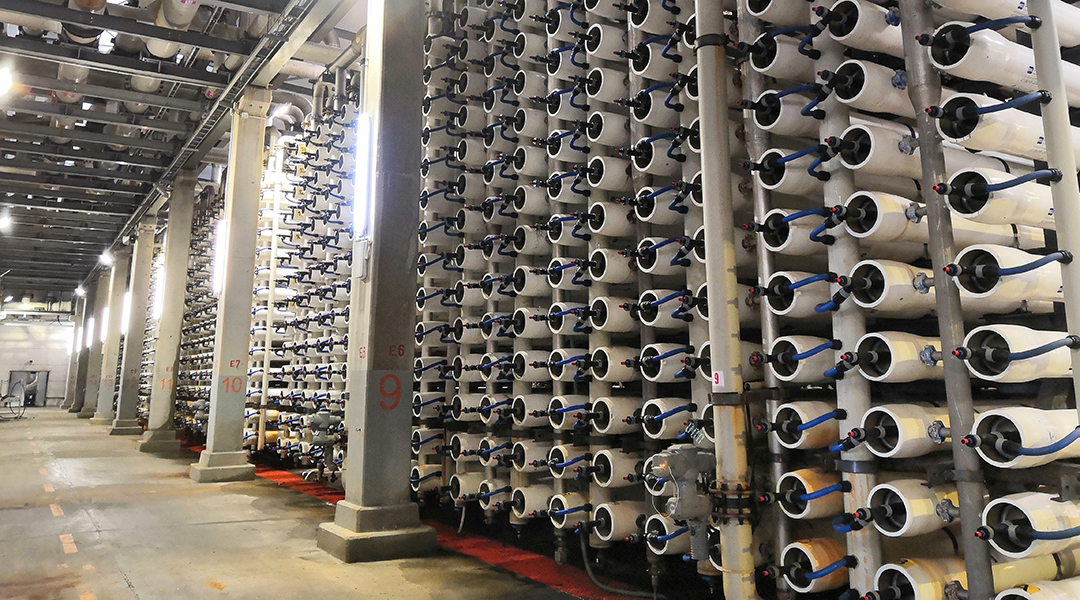 Increasingly dire warnings from climate scientists about the dangers of a warming climate combined with growing political interest in future-proofing economies and societies — for example, through the Green New Deal — are driving renewed interest in the role of technology in climate change adaptation. But how do we know whether, why, and how technology will actually help?

New technologies are generally understood to either reduce or increase society’s vulnerability to climate change, leading to successful adaptation or maladaptation.

Climate change science has usually considered successful adaptation and maladaptation as separate categories. However, this binary way of thinking is unhelpful as adaptations almost always have a range of outcomes that affect different groups within society in different ways.

Adaptations can, for example, entail benefits for some groups but be maladaptive for others (i.e., they create winners and losers) or reduce vulnerability in one place whilst increasing it in another (i.e., they shift vulnerability). What we see, then, is a complex interplay of effects in every adaptive action, which are shaped by the political, social, economic, cultural, and infrastructural context in which adaptations take place. Yet, limited attention has been paid to this vast space between “absolute” success and failure.

In a recent paper published in the journal WIREs Climate Change, the complex interplay between successful and maladaptive effects in the use of seawater desalination is explored as an increasingly prevalent strategy for enhancing freshwater supply in response to water challenges linked to climate change.

The growth of desalination has been rapid over the last 20 years. Now a major component of water supply in cities and regions around the world, desalination technologies supply perhaps half a billion people with water through over 20,000 separate facilities (similar to the one pictured above).

For many proponents, seawater desalination is an ideal climate change adaptation strategy because it enhances water security through reliability of supply, which is independent of climate, rainfall, and many of the other challenges that beleaguer traditional water sources. In 150 countries across the world, desalination is now presented either as an alternative to traditional water supplies — in Israel, for example, where around 85% of domestic freshwater now comes from the Mediterranean — or as a climate-independent way to supplement water supplies under increasing pressure.

Yet, there are many factors that might mean that the uptake of desalination technology in response to climate change will lead to maladaptive outcomes. For one thing, separating salt and water takes a huge amount of energy. Through desalination technology, challenges of water security are effectively shifted to challenges of energy security. Where desalination is powered using fossil fuels, either directly or because the electricity grid has a fossil component, it increases water-related greenhouse gas emissions.

There is also evidence to suggest that large supply-side water solutions, such as desalination, actually drive up consumption and reduce incentives for wiser, more sustainable water practices. Often, the financing models used to build desalination plants rest on the assumption of maintaining or increasing consumption to guarantee future revenue from water sales. Moreover, the huge cost of producing water by these means is almost always associated with a rising price of water in the absence of subsidies.

This raises important questions around justice and inequality in water systems. In regions that already face problems around inequality in access to water, or where parts of the populations struggle to pay for water services, desalination is likely to exacerbate such issues. This is important because whether or not an adaptation creates a disproportionate burden on certain groups is an important criterion when considering maladaptive outcomes.

Adaptations to climate change are never simple, nor are they simply successful or unsuccessful. Adaptations are always situated in complex social and ecological webs and their outcomes are always shaped by those contexts in which they are embedded. Successful adaptation and maladaptation tend to exist simultaneously, and decision-makers should consider the interplay between both in any adaptation.

One thing is certain — considering outcomes purely from a technological perspective and ignoring complex social and ecological contexts will never work.