How accurate are our models of rotating neutron stars?

Comparing algorithms used to model spinning neutron stars, scientists hope to better understand the physics of the elementary particles that make them up. 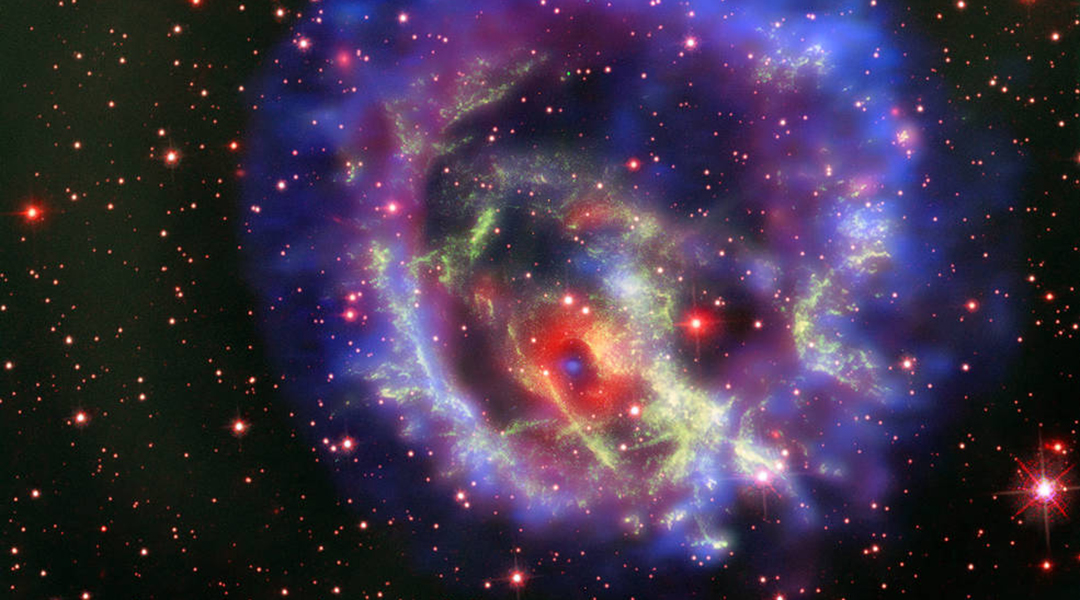 Neutron stars are the collapsed remnants of massive stars that had exploded in supernovae. These celestial bodies are among the densest in the Universe — balls of tightly packed neutrons with a radius of only a few kilometers and with masses greater than that of the Sun.

They provide a unique opportunity to study one of the fundamental forces of nature called the strong force (or strong interaction) that occurs only when certain elementary particles, such as neutrons and protons making up atomic nuclei, come within subatomic distances of each other. However, because of their tiny size, it is currently very difficult to study these objects and their interactions in a lab setting.

This makes it highly desirable to find macroscopic bodies in which the strong force plays an important role. As a result of their incredible density corresponding to very small distances between particles, neutron stars are the perfect testbed, offering a tangible means to explore this strong interaction at low energies to help develop quantum chromodynamics, a theory which describes the action of this strong force.

To do this, scientists need to first understand fundamental properties of neutron stars, namely their structure, which is done using various sophisticated computer simulations to find out more about how neutrons they are made of interact in such an extreme environment.

This is where a team of Hungarian researchers come in. By comparing three of the best computer algorithms used to model spinning neutron stars, they hope to determine just how accurate they — and our current understanding of the physics of this star type — are.

“We compared three of the most used methodologies: 1) Hartle—Thorn slow-rotation approximation, 2) Numerical fast-rotating approach, and 3) Tolman—Oppenheimer—Volkov equation solver,” explained Balázs Kacskovics, researcher at Wigner Researcher Centre for Physics at the University of Pécs and corresponding author of the study in an e-mail. “For 2, we used a well known fast-rotating code library, while for 1 and 3 we used algorithms developed by us and fellow researchers.

“The importance of [this] comparison is to evaluate the discrepancy of results of different numerical algorithms in order to improve the precision of newly developed codes,” he added.

In their study published in Astronomical notes, the physicists calculated how the mass of a star changes depending on the velocity of its rotation using different algorithms, and compared the results in order to see how closely they matched.

“By computing the neutron star’s mass by each method as a function of rotational frequency and matter energy density, we have shown the limit of applicability of the widely used slow-rotation approach,” explained Kacskovics. The closer the calculated masses were to each other, the more likely the algorithms were to produce the correct results.

The most accurate models were those in which the stars possessed rotation velocities close to the theoretical maximum, meaning those that were rotating as fast as is physically possible. At such velocities, the difference between the results provided by different algorithms is expected to be the most significant and would therefore provide the researchers with the most insight into their accuracy.

This physical limitation on the maximum rotation velocity of a star (including not just neutron stars) arises due to the existence of centrifugal force — a force that causes an object moving in a circular path to move out and away from the center of its path. If the star rotates too quickly, then this force, acting on its outer layers of matter, overcomes gravity and simply tears matter away. In order for the star to remain intact, rotation velocity and frequency have to remain below a theoretical limit.

“We have given an estimation of the mass-shedding limit or the Keplerian frequency, which marks the highest allowed rotational frequency on which a star with a given mass can rotate without shedding its mass due to centrifugal force,” said Kacskovics.

The results are in…

As expected, the difference between the masses calculated by the different algorithms turned out to be largest for rotation at the Keplerian frequency, and the magnitude of this mass difference allowed the researchers to quantify the accuracy of this widely used computer model, called slow-rotation approximation.

Although a step forward, say the physicists, they believe that there are still many ways to continue to improve their analysis. “For example, we can introduce the temperature as a new parameter, in addition to the rotational frequency,” said Kacskovics. “Other improvements may include increasing the precision of our computations.”

This will hopefully help in our future understanding of not just the large-scale physical phenomena that govern these unique celestial bodies, but the physics of the elementary particles that make them up.

Why does Oreo cream stick to one side of the cookie?
Nuclear fusion record broken by UK scientists
Discovery of an Unusual Quasiparticle in a 2D Material
NASA begins launch prep for the first mission to Jupiter's Trojan asteroids