A quark star may have just been discovered

More confirmation needed to see if recently discovered object is a quark star. 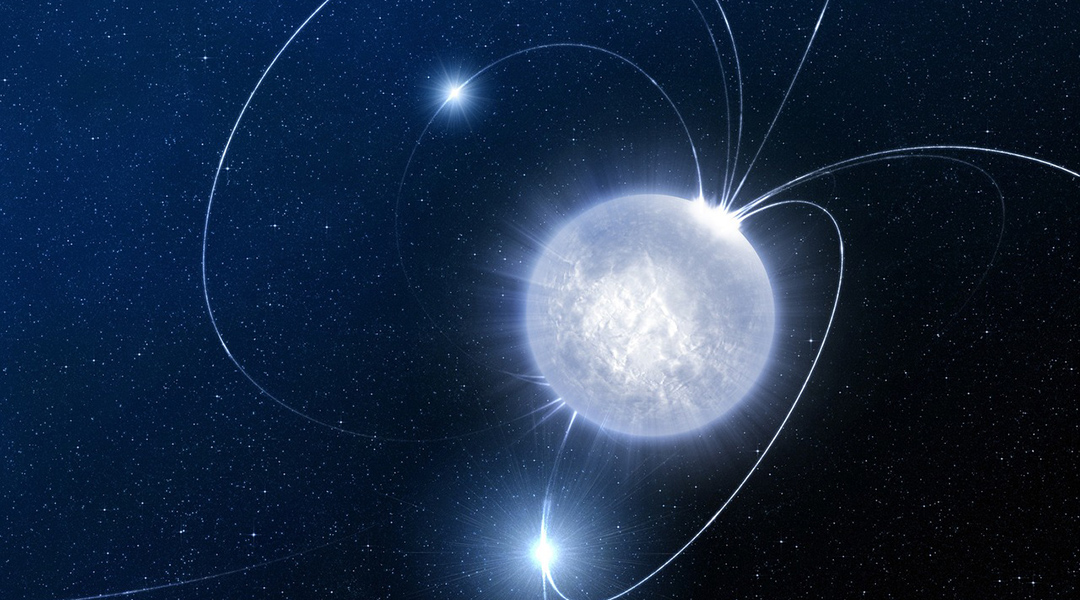 Neutron stars are among the most extreme objects in the Universe. With the entire mass of a star packed into the size of an asteroid, their densities are estimated to be around 1017 (or 100 quadrillion) kg m–3 whereas the Earth has a density of a mere 5000 kg m–3. But a recent discovery may point toward the existence of a new type of star: the quark star.

Our current understanding of particle physics does not allow scientists to deduce the properties of a neutron star’s superdense matter, such as its density and pressure, but over decades of theoretical study, researchers have been able to develop a number of models for their internal structure, which have been compatible with astronomical observations.

According to modern astrophysics, stars with masses ranging from eight to 30 solar masses — one solar mass being the mass our Sun — end their evolutionary path with a supernova explosion, leaving behind a neutron star with a mass of 1.1 to 2.4 times that of our Sun. These explosions occur when a star runs out of the fuel necessary to sustain the fusion reactions taking place in its core, rendering it unable to resist gravity and causing a catastrophic core collapse.

The pressure in the core becomes so great that it pushes atomic electrons into protons, turning them into neutrons and creating an enormous flux of neutrinos and gravitational waves. The outer layers of stellar matter get ejected at a velocity of up to several per cent of the speed of light.

Heavier stars eventually become black holes, while lighter ones, such as our Sun, turn into white dwarfs, which are also compact objects although not as dense as neutron stars.

The masses of all neutron stars discovered until recently haven’t contradicted theoretical predictions, existing in the range between 1.17 and 2.3 solar masses. However, in a new study published in Nature Astronomy, researchers at the University of Tübingen in Germany have reported the discovery of a neutron star with a mass well below the theoretical lower limit.

This strange neutron star is at the center of a supernova remnant called HESS J1731-347. This object is composed of the material ejected during the explosion, as well as interstellar matter through which the shock wave propagates, and is located at a distance of about 8150 light years from Earth.

The research team, led by Viktor Doroshenko, analyzed observational data of the remnant collected by the astrometric Gaia Space Observatory and the XMM-Newton X-ray space telescope, and determined the radius of the neutron star, its mass, and its thermal emission spectrum.

A radius of about 10.4 kilometers and a surface temperature of approximately 2 million degrees Celsius turns out to be quite typical for objects of this kind, but a mass equal to only 77% of the mass of our Sun puzzled astronomers, as it’s almost 1.5 times less than the theoretical lower limit.

The astrophysicists proposed two possible explanations for the discrepancy between the theoretical prediction of a neutron star’s minimum mass and the value measured in their study.

The first of these is that the established properties of matter in a neutron star might actually be different to what scientists previously thought. These properties are consistent with some of the existing models of the structure of neutron stars, while refuting others.

The second explanation is that the discovered object is not a neutron star, but a quark star. The hypothesized existence of such objects was first expressed in 1965 by Soviet physicists Dmitri Ivanenko and Dmitri Kurdgelaidze. The idea is based on the assumption that at extreme pressures in the collapsed cores of stars, neutrons become so compressed that they breakdown into the elementary particles that make them up, called quarks. Under this intense gravity and strong interaction, though free, quarks clump together, forming a quark star.

In total, there are six types of quarks that exist in nature, ordered according to their increasing masses and creatively named: up, down, strange, charmed, bottom, and top. All of these elementary particles, except for the top quark, which is too short-lived, make up the so-called strongly interacting particles called hadrons, the most well-known of which are protons and neutrons.

Even though neutrons are composed of up and down quarks, it is believed that their heavier counterparts can also form in a quark star. This may be due to the fact that at the enormous temperatures and pressures at the centers of these hypothetical quark stars, the interaction of liberated up and down quarks also leads to the formation of strange quarks, lending these stars the nickname, “strange” stars.

If strange stars really can exist, and the object discovered in the current study turns out to be in fact one of them, then the contradiction between theory and observations disappears — the minimum mass limit that discussed above applies only to neutron stars, not quark stars.

Hopefully, future astronomical observations will help confirm the existence of strange stars and the findings of this study. This would not only be an incredible new discovery in and of itself but would allow scientists a deeper insight into the very nature and behavior of quarks, of which we are only just beginning to understand.