Some of the thickest Arctic ice broke open in May 2020 with a 3000-square-kilometer crack called a "polynya." 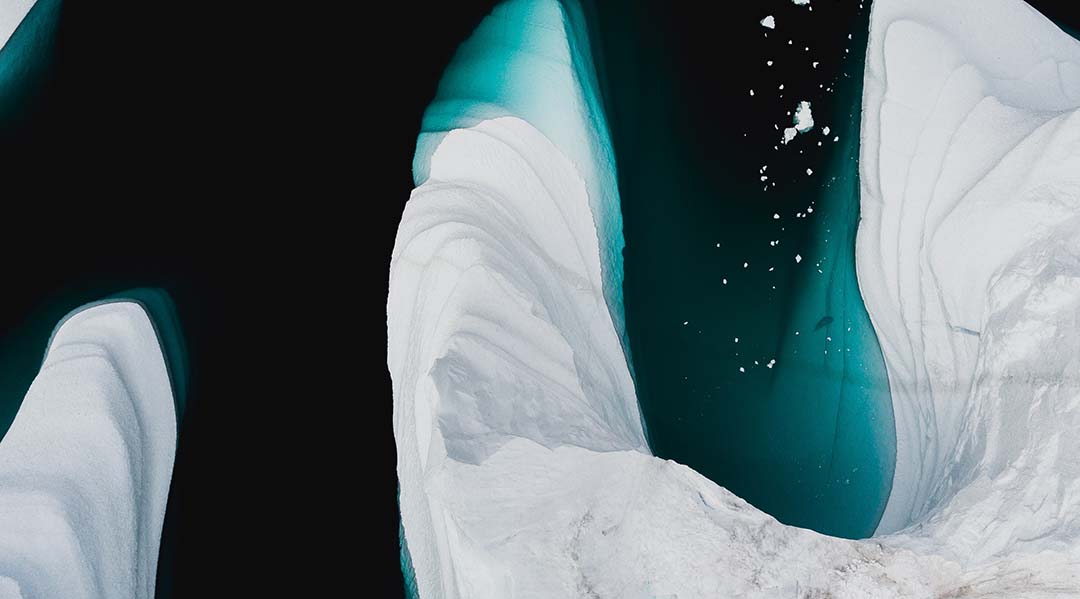 Deep in the Arctic circle, north of Canada’s Ellesmere Island and Greenland, lies some of the oldest and thickest ice on the planet. Current projections indicate that this area will be the last to lose its perennial ice, meaning this might be the final place on Earth to see ice year-round. For ice-dependent species, this ice sheet might be the last stronghold against climate change. But a new study in Geophysical Research Letters found that this Arctic ice may be more fickle than previously thought, as a 3000-square-kilometer gash ripped through it last year.

This gash is called a polynya, and scientists led by Kent Moore, an Arctic researcher from the University of Toronto, found a polynya that formed in the thickest Arctic ice for two weeks in May 2020. “No one had seen a polynya in this area before. North of Ellesmere Island it’s hard to move the ice around or melt it just because it’s thick, and there’s quite a bit of it. So, we generally haven’t seen polynyas form in that region before,” said Moore.

Ice in this region is nearly four meters thick, and Moore and the team tracked the formation and development of the polynya using several different data sets. For example, NASA’s MODIS instrument (MODIS stands for “moderate resolution imaging spectroradiometer”) provided true-color images of the area at a resolution of 250 meters — where one pixel on the satellite’s image corresponds to 250 square meters on Earth.

These data first revealed a series of “leads” that formed on May 13, 2020. Leads are narrow, linear cracks in sea ice. These leads grew over the following two days. By May 19, the polynya had formed from the presence of the leads and measured 100 kilometers at its longest axis. The polynya maintained a “quasi-elliptical” shape before closing on May 28. The authors deduced that the polynya likely formed due to strong winds from an anti-cyclone—the storm’s strength peaked as the polynya was first opening on May 14. Storms of this nature also formed polynyas in a similar way in May 1988 and 2004.

The researchers contextualized this event by comparing it to the average area of open water during the month of May from 2003–2021. Typically, open water occupied less than 160-square-kilometers of this area throughout the month of May. In 2020, however, the area of open water exceeded two standard deviations above the mean. Moore and his collaborators further noticed that larger areas of open water have been occurring more recently, with the third, fourth, and fifth, largest areas occurring between 2014 and the present (the second largest area occurred in 2004).

While a gaping crack in the thickest ice on Earth may seem apocalyptic, Moore is quick to point out that there are some benefits to the open water, such as jumpstarting the local ecosystem.

“When sea ice is around, it’s kind of like a desert. But when you get an area of open water, suddenly, all kinds of activity can occur. Seabirds go there to feed, as do polar bears and seals. They’re incredibly productive regions,” Moore described. While positive in the short-term, the benefits of polynya formation do not outweigh the long-term damage of losing sea-ice.

“There’s a transient time where if we start to lose ice, there might be a net gain because it’d be more productive. But over the long term, as ice melts and moves offshore and species like walruses and seabirds lose access to it, we lose that benefit,” Moore pointed out. “And eventually, it gets so warm that species can’t survive.”

Quotes adapted from a press release by the American Geophysical Union.