Hopping or Rolling? Mechanisms for the Migration of Radical Chain Ends in RAFT Polymerization

Researchers have proposed mechanisms by which radical chain ends migrate around the surface in RAFT polymerization. 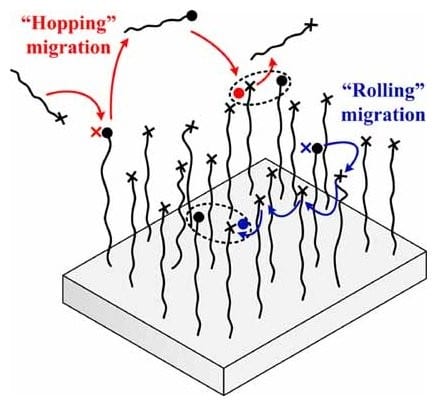 The radical migration promotes the irreversible termination by increasing the probability at which a radical comes into the vicinity of the other. Significant termination affects the properties of the polymer layer, and could be used to explain experimental discrepancies in the literature. The effects of graft density and concentration of solution dormant chains on the properties of the grafted polymers are studied through simulation.