Hollowing out for strength

It is shown that a metallic material can become lighter and stronger, while about half of its component was removed by corrosion. 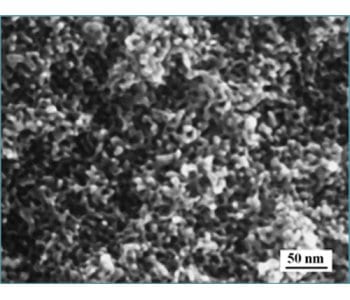 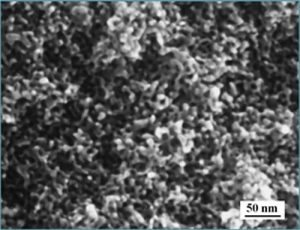 Formation of pores or voids in a material often lowers its load-bearing ability. The strengths (largest force per unit cross-sectional area) of conventional foam or porous materials are usually significantly lower than that of the fully-dense counterpart. Recently, a research group from Institute of Metal Research (IMR), Chinese Academy of Science report that introducing voids into a material does not necessarily decrease its strength. Instead, they found that a metallic material can become lighter and meanwhile ~7 times stronger, while about half of its component (volume percentage) was removed by corrosion and replaced with pore space.

The corrosion involved in their study is called dealloying, during which the more-active components in the parent alloy are selectively dissolved and less-active elements are left behind as corrosion product. If the composition of the parent alloy lies in a proper region, the corrosion product (namely, nanoporous metal) can retain the outer-dimensions of the parent alloy and obtain a nanoscale porous structure in the interior, which is analog to an inter-connected network of metal nanowires. Because the nanowires can gain near theoretical strength, the nanoporous metals are supposed to have high strengths. But experimental realization of high strength in nanoporous metals was hindered by the formation of high density cracks during corrosion and the poor stability of the obtained nanoporous structure against coarsening. The IMR group suppressed the structure coarsening by adding very small amount of Pt to the AuAg parent alloy prior to dealloying, and prevented the cracking by carrying out the corrosion under a proper electrochemical condition. With this approach, they successfully fabricated crack-free nanoporous Au(Pt) samples with stable, fine porous structure (4-6 nm), which are remarkably strong. Their strengths (as large as 345 MPa) are much higher than conventional porous metals, and even much higher than that of the parent alloy (~ 50 MPa) prior to dealloying, although about half of the component (Ag) in the material has been corroded. In other words, the corrosion has led to ~ 50% reduction in relative density and meanwhile a seven-fold increase in strength, and consequently an enhancement of the specific strength (strength to weight ratio) by more than one order of magnitude. This observation is in sharp contrast to the severe degradation of material’s strength as usually observed in corrosion. These high strength nanoporous metals are not only interesting for mechanical applications. The combined high mechanical stability and large surface area are also promising for many functional applications, such as the actuation as presented by the authors.