Researchers devise a highly detective photodetector based on graphene-silicon heterojunctions with interface improvement by introducing a thin interfacial oxide layer. 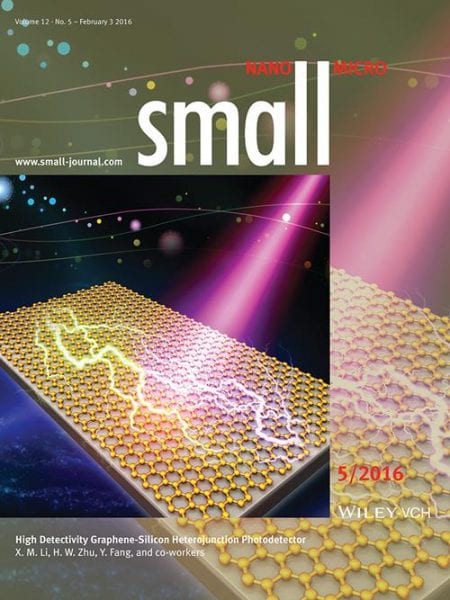 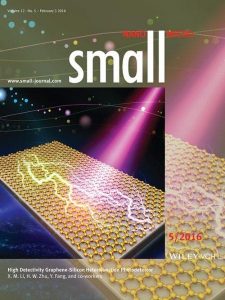 This article was featured on the front cover of Small.

Photodetectors, which convert the absorbed photons into measurable electrical signals, are of central importance to many applications, such as optical communications, biomedical imaging, and motion detection. Graphene, due to its unique electronic and optical properties, has attracted significant attention in the development of high-performance optoelectronic devices. Particularly, with the strong rectifying behavior and high photo-responsivity, graphene-silicon heterojunctions could be used for high-performance photodetectors.

Specific detectivity, which describes the smallest detectable signal of the photodetector, is the typical parameter of the photodetector. However, graphene-silicon heterojunction photodetectors still suffer from low specific detectivity due to large dark current. Dr. Xinming Li, Prof. Ying Fang, Prof. Hongwei Zhu and collaborators at National Center for Nanoscience and Technology and Tsinghua University, devise a highly detective photodetector based on graphene-silicon heterojunctions with interface improvement by introducing a thin interfacial oxide layer.

Schematic illustration of a graphene/n-Si heterojunction with interfacial modification.

This work demonstrates that graphene-silicon heterojunctions with interface improvement are promising for the development of high-detectivity photodetectors. This concept of graphene-semiconductor heterojunction could also be applied to other 2D materials.

Text kindly provided by the authors.