Understanding the physics of plasma instabilities and developing the ability to control them is crucial for a working nuclear fusion reactor. 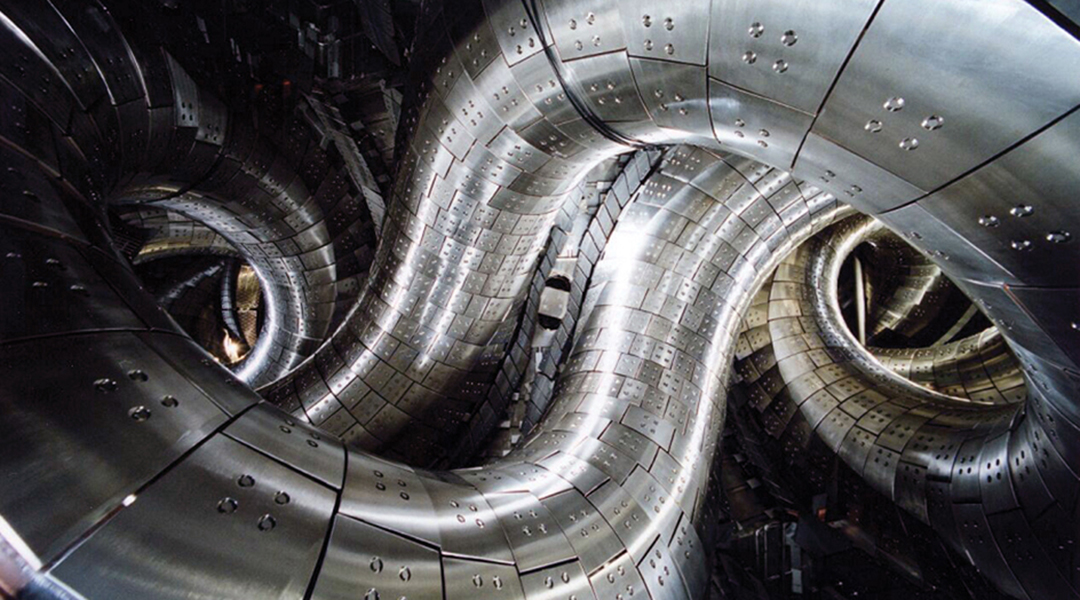 Nuclear fusion is one of the most promising future energy candidates. In this reaction, two light nuclei merge to form a heavier one, releasing large amounts of energy in the process. This is because the total mass of the resulting single nucleus is less than the mass of the two original nuclei and according to Einstein’s famous formula, E=mc2, the leftover mass becomes energy.

In nature, nuclear fusion typically occurs in stellar cores at a temperature of millions of degrees, which is necessary to give atomic nuclei sufficient energy to fuse. At such extreme temperatures, matter takes the form of plasma — a mixture of nuclei and electrons that cannot form atoms, because high-temperature particle collisions are so energetic that the bound particle configurations get broken down almost immediately.

To put this process to good use on Earth, physicists around the world are looking for a way to confine plasmas in a finite volume for a sufficiently long time for fusion to take place. Since no material can withstand interacting with a plasma because of its temperature, the role of a “container” must be played by a magnetic field, which suspends the plasma.

Confining the plasma in this way is achieved with the help of devices known as thermonuclear or fusion reactors. To date, no working reactor has been built, although there are many experimental facilities around the globe. This is due to the fact that various instabilities occur in the magnetically confined plasma, which can lead to leakage of thermonuclear fuel from the magnetic trap, reducing the amount of material or to a drop in temperature, which stops the reaction altogether.

Understanding the physics of these instabilities and developing the ability to control them is crucial for constructing a working fusion reactor.

To study the peculiarities of heat transport and other phenomena that occur in a plasma which lead to instability, a team of physicists led by Naoki Kenmochi of the National Institute for Fusion Science in Japan used an experimental reactor called the Large Helical Device and discovered a truly remarkable effect.

In a confined plasma, a fictitious barrier appears whose origin and structure are currently not completely understood. The barrier is a strong pressure gradient that reduces the rate of heat propagation from the center of the plasma cord to the periphery. This phenomenon prevents the plasma temperature from dropping, keeping the fusion reaction going. However, the barrier can be destroyed by fluctuations in the turbulent plasma flow.

To study the barrier collapse in a controlled experiment, the physicists relied on the fact that the barrier can be destroyed not only by random fluctuations in the turbulent flow, but also by appropriate changes in a confining magnetic field’s strength. In the experiment, after the barrier collapsed, they monitored rapid changes in heat and turbulence flows using various electromagnetic waves, resulting in data with the highest level of accuracy to date.

They found that after the barrier collapsed, two pulses began to travel outward from the center of the plasma — thermal and turbulent. The speed of the thermal pulse turned out to be roughly 1.5 kilometers per second, which is about the speed of a jet, while the turbulent pulse moved almost ten times faster. This result is surprising, since the most convenient model of plasma dynamics predicts that they should be approximately equal.

“This research has dramatically advanced our understanding of turbulence in fusion plasmas,” said Naoki Kenmochi in an interview. “The new characteristic of turbulence, that it moves much faster than heat in a plasma, indicates that we may be able to predict plasma temperature changes by observing predictive turbulence. In the future, based on this, we expect to develop methods to control plasma temperatures in real-time.”

Teleportation is possible, it just depends on scale
Dark matter could be composed of primordial black holes
A new elementary particle may have just been discovered
Entangling particles helps improve the accuracy of quantum measurements