Helium Ion Microscopy: A Versatile Tool to Study Biological Interactions at the Nanoscale

In their article published in Advanced Biosystems, Miika Leppänen et al. employ helium ion microscopy to visualize the interaction between phages and bacteria. 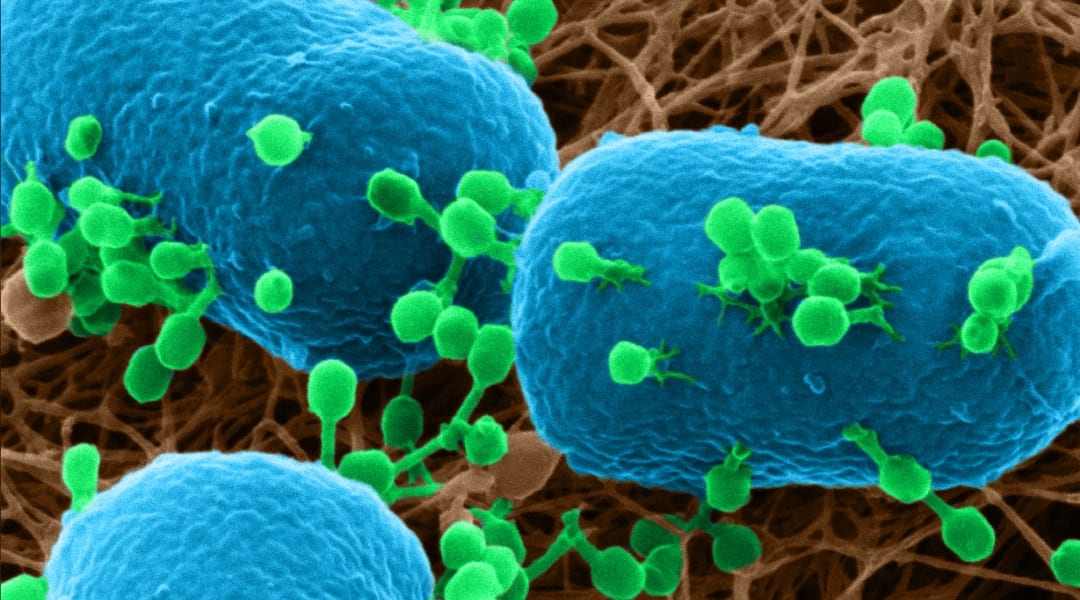 In an article published in Advanced Biosystems, researchers from the University of Jyvaskyla in Finland show that bacteria and viruses can be imaged with helium ions in contrast to electrons which are the standard workhorse in nanoscale microscopy. Helium ions, being more massive than electrons, can be focused to a much tighter spot down to the atomic length scales. By measuring the electrons generated by the ion bombardment, an image can be formed from the sample with biological features visible below the nanometer (one billionth of a meter) length. 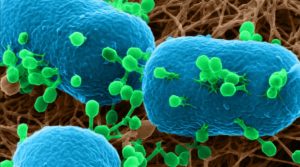 The novel technique, called helium ion microscopy (HIM), was used to image hard-to-see interactions between bacteria and viruses infecting bacteria, or so called bacteriophages. These phages are currently actively considered as a novel “smart weapon” against bacterial infections, which are becoming more and more difficult to treat with traditional antibiotics. The obtained images clearly show the different stages of how the phages in question attack the bacteria (E. coli). On such example is the process where the virus latches onto the bacterial surface, grabbing it with a tentacle like structure, and is in the process of injecting its genome into the bacterial cell.

In addition to imaging, the researchers also demonstrated that the ions can be used as a nanoscale scalpel, to cut portions off individual bacterial cells, or to reveal bacterial colonies under the surfaces of samples. They feel confident that HIM offers many more possibilities in the future to help study microbes and viruses in their natural state, interacting with each other and other cells.