Heating up the debate: New findings in protocell evolution

Researchers shed light on the conditions that could have led to our abiogenesis by simulating the rapid growth and fusion of protocells. 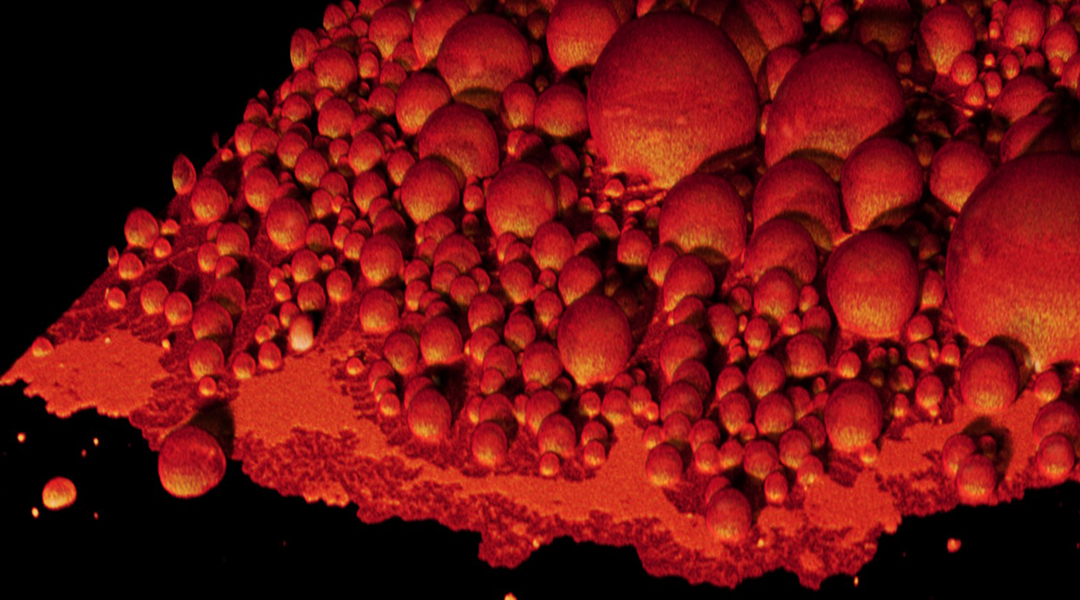 It all started with the protocells.

Where do we come from? How did everything begin? These questions have been at the center of numerous speculations with regards to the origin of life on Earth. Whether we talk of philosophy or in scientific discussions, humanity has always tried to find these answers and to address the fundamental questions of our abiogenesis.

Nowadays, researchers tend to agree with a theory that modern living cells were initially originated from protocells. Also known as protobionts, they are defined as a spherical aggregations of non-living components (e.g., lipids), which can self-organize themselves into endogenously ordered structures. Interestingly, even though protocells are not living organisms, their features show that they are akin to biological cells.

But how did protocells originate?

The origin and the evolution of protocells are among the most intriguing topics being debated in the scientific community. Research carried out in the last half-century have resulted a few different hypotheses that explain how protocells appeared on early Earth. Currently, most of the established theories explain the formation of protocells through the self-assembly of amphiphiles in bulk aqueous medium. However, although this assumption explains the first step of the protocell’s formation (i.e., the appearance of their primitive compartments), it does not fully address the subsequent steps of their transformation toward more complex entities, such as cells. Indeed, rapid growth, replication, and division, which are essential processes for protocell’s evolution, all require significant amounts of energy in order to enable the drastic changes of the initial compartments.

Recently, some studies have demonstrated that the presence of solid substrates, such as particles in the fluid medium hosting the initial protocell’s components, could have played the role of energy source. According to this theory, high-energy solid surfaces could have provided the amphiphile-based membranes with enough energy to allow them to first self-assemble into intermediate nanotubular structures, and then later into single-membrane compartments. Some experimental evidence supports the hypothesis of the surface-assisted route for the protocell formation, but scientists agree that solid surfaces could not have been the only factor in the rapid protocells’ evolution.

At the University of Oslo, Norway, Professor Gözen and co-workers have identified new pathways that could have led to the formation and development of primitive cells on early Earth. In particular, the group addresses the ongoing debate on whether high temperatures were beneficial or detrimental to protocell formation.

To investigate this point, the authors reproduced a possible scenario that could have intervened in the prebiotic world. They deposited a lipid nanotube network — the intermediate structure in the protocell formation — on a silicon oxide surface — one of the most abundant materials found in the rocks — and irradiated this system with an infrared (IR) radiation.

The researchers observed that during this experiment, the number of compartments that formed (nucleation) and their growth rapidly increased when the entire system was exposed to heat gradients (from 40 to 70°C) for specific amounts of time (i.e., 10 minutes). This happens because the energy supplied as a result of this local increase in temperature causes an enhancement of the nanotubes’ lipid membrane fluidity. This, in its turn, leads to a local change in shape and the formation of a vesicular compartment (as depicted in the figure above). Moreover, when the temperature reaches 90°C, it is possible to assist the fusion of the vesicles, a process in which two initially distinct and adjacent membranes fuse together and form a larger vesicular compartment.

This result presents experimental evidence that heat likely played an important and beneficial role in both nucleation and growth of cell-like membrane compartments.

“All of these are interesting details that agree well with existing knowledge and need only a few assumptions,” said the authors. “The temperatures in Darwin’s ‘little warm ponds’ vary between 50 to 80°C, and in the recently discovered Lost City type hydrothermal vents, which are presumed relevant to the early Earth, from 40 to 90°C. This is the exact temperature range of our experiments, which promotes protocell formation, growth and fusion. “

The group has also shown that raised temperatures had probably led the resulting microcontainers to encapsulate and redistribute RNA. This result clearly offers the foundation for a deep understanding on the protocells formation, but Gözen aims to find out more.

“We have already obtained new evidence that subcompartment formation, and even processes resembling division, can occur autonomously on solid surfaces” the authors stated. “In the long run, we really want to simulate early Earth conditions to validate our studies (…). We anticipate that establishing and working in an abiotic environment will be quite a challenge. We are confident that we can work this out.”