In their review published in BioEssays, Patrick O’Grady and Rob DeSalle review and discuss why the Hawaiian Drosophila serves as a good evolutionary model clade. 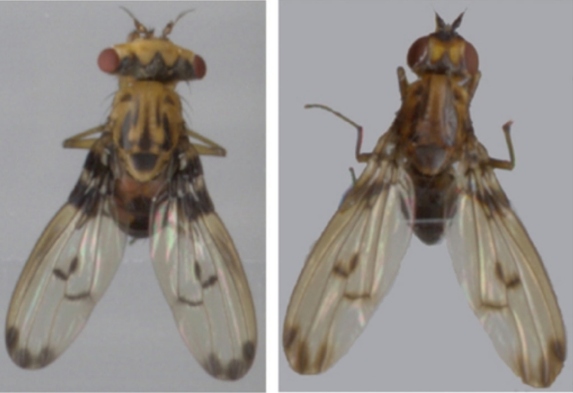 Drosophila melanogaster has been used for many years as a model species to study and understand a variety of biological processes. Its short generation time, the possibility for genetic manipulation and the ease of maintaining it in a laboratory environment have contributed to its success and still make Drosophila melanogaster a valuable tool today.

However, in the context of evolutionary studies, looking at only a single species is not enough. These studies rather require a model system with a large diversity at the species level. In their review published in BioEssays, Patrick O`Grady and Rob DeSalle present such a model clade that has been extensively used for evolutionary studies; namely the Hawaiian Drosophila.

The Hawaiian Drosophila encompass an estimated 1,000 species – that is, roughly 25% of all known Drosophila species worldwide – and have diverged 25 million years ago. These features make this clade the largest and oldest extant lineage in the Hawaiian islands.

The Hawaiian Drosophila project started more than 50 years ago. Its goal was and still is “to understand all aspects of the basic biology of the endemic Hawaiian Drosophilidae”. Current research in this project can be divided into the following three major categories: the characterization of natural variation within populations, the role of natural selection on species formation and the use of phylogenetic systematic hypotheses in comparative analyses to understand the tempo and mode of diversification in natural populations.

In addition to discussing these current research trends, the authors also give an outlook on what topics might be interesting for future studies. These include: obtaining the genome sequences of more species in this clade as well as studying microbial interactions between the Hawaiian Drosophila and, for example, their gut microbiota. Therefore, despite more than half a century of research on this clade, the future looks promising and will hopefully reveal many more exciting insights.