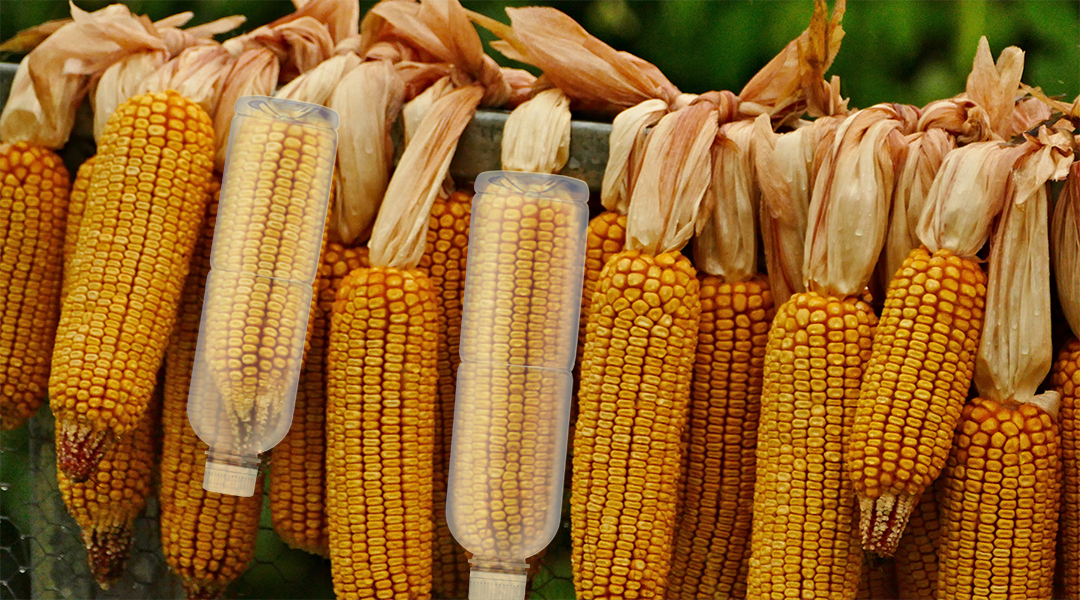 Plastics are used in a wide variety of applications, the largest of which is food packaging and containment. These plastics are often single-use and made from fossil fuels, making them non-biodegradable. To counter these issues, research has been searching for bio-based sources for these plastics which are renewable and biodegradable. 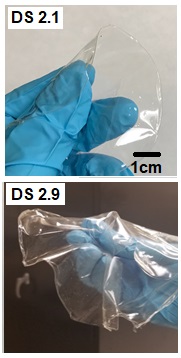 An image of modified starch films. The DS indicates the degree to which the starch has been modified.

In their study reported in the Journal of Polymer Science, Part A: Polymer Chemistry, Ewomazino Ojogbo, Rachel Blanchard, and Tizazu Mekonnen modified starch for potential use in the material applications. Starch was chosen because of its renewability, biodegradability, abundance, and low cost, as well as its film-forming properties and the ease with which it can be modified. On its own, unmodified starch cannot be used for most polymer applications due to its hydrophilicity and high melting temperature. As such, starch must be modified before it can be used for polymer applications. Building on previous research done on starch modifications, Ojogbo and colleagues replaced the hydroxyl groups of starch with an activated medium chain length fatty acid called lauroyl chloride, or lauric acid.

The team found that incorporating the lauric acid onto the starch chain altered numerous factors of the starch, including thermal stability, polarity, and water affinity. The starch-laurate esters demonstrated hydrophobicity and melt processability, which indicates their potential as bio-plastics without needing any external modifiers or plasticizers.

Ojogbo and colleagues note that the backbone chain of the starch was conserved during the esterification process, meaning they expect the synthesized esters to maintain the biodegradability of starch. The team also notes that their synthesized polymers demonstrate traits comparable to some fossil fuel-based copolymers which could allow these new bio-plastics to serve as a renewable and ecofriendly alternative to the more traditional plastics.

The hope is that these newly synthesized bio-plastics can be used in any context where traditional plastics currently stand, including packaging, drug delivery, toys, and the automotive industry, among others.