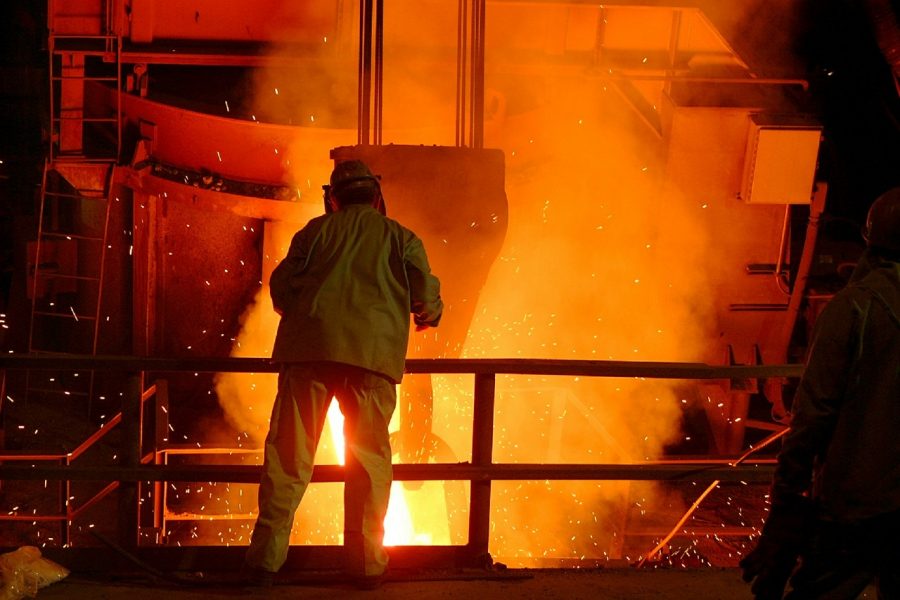 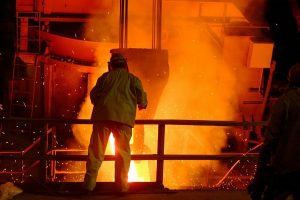 Not surprisingly, the traditional methods of steel production face challenges in the form of high energy demand, multistep processing issues, complex heat management and gas handling problems, all of which contribute to a large carbon footprint. According to the International Energy Agency (IEA), the steel industry accounts for close to 30% of the direct carbon dioxide (CO2) emissions of the industry sector, which corresponds to 7% of the global CO2 emissions (data for 2014). At present, reduction of the carbon footprint of a steel mill occurs through incremental efficiency upgrades designed to cause minimal disruption to its output; these upgrades hinge mainly on the economic viability and associated risk of their implementation. Storing CO2 emissions in underground reservoirs is losing political and public support whilst converting the CO2 into chemical energy carriers is gaining interest in government, industry and academic circles. Utilizing and valorizing CO2 presents an economic opportunity beyond simply removing it from industrial flue gases and storing it underground.

However, once generated converting CO2 back into synthetic fuels or chemicals is costly in terms of energy. In addition, since renewable energy may be costlier in the future, its efficient use is key to both climate-friendliness and economically viable industry operations, including steel manufacturing.

Carbon capture and utilization (CCU) processes in a conventional, blast furnace-operating steel mill could in principle make use of the vast quantities of available waste heat, coal, coke and steam to transform CO2 into value-added chemicals such as methanol. In addition to its direct applications (as a fuel, solvent, chemical precursor, etc.), methanol can be further processed to produce the promising green diesel fuel replacement, oxy-methylene ether (OME). Major research and development efforts are underway exploring the technical and economic feasibility of CCU in that context. One prominent example is the German 100 Mio € Flagship project Carbon2Chem®. Again, though, the technical installations required to capture CO2 from such steel mills and convert it into value-added products would be costly and require the import of vast amounts of renewable energy (in order to achieve net-negative CO2 emissions).

As a result, intelligent carbon management may rather implement alternative processes for generating iron metal, such as direct reduction processes using natural gas as mentioned earlier. When using natural gas as a reductant, syngas could be generated as a by-product, which could then be further converted into methanol and other derivative products.

In this context, Michael Bender and coworkers at BASF SE, Ludwigshafen in Germany, have recently reported a techno-economic analysis for six different CO2 emission reduction scenarios in steel manufacturing, using a steel mill located in Duisburg, Germany as an example.

A detailed materials, energy and economic analysis presented by the authors, determines the benefits of integrated equipment and energy streams. The estimated potential reduction in operational and capital costs and the CO2 reduction potential and CO2 avoidance costs are calculated.

To appreciate the impact such a process would have, and without delving too deeply into the details involved, Figure 2 shows the mass and energy flows of a prospective coupled steel-and-chemical operation, wherein both steel processing and CO2 utilization can take place in tandem. The red box delineates the boundary of the metallurgical core of the steel mill. Outside of this core, the integrated steel mill further comprises a coke plant and two power plants, both of which are fueled by steel mill gases.

The authors describe three scenarios adaptable to a conventional steel mill, each with a different degree of energy recovery and utilization of renewable power. In three additional scenarios, the authors compare their findings to the manufacture of steel by employing alternative iron ore reduction processes, namely, a natural gas-based “direct reduced iron” (DRI) process and a similar process based on hydrogen gas. Economic parameters such as capital and operating expenditure figures were carefully assembled for all six scenarios.

In a conventional steel mill, organic and inorganic impurities that can be contained in gas-streams are potentially deleterious to downstream catalytic processes such as methanol production. After significant efforts toward creative waste heat management and chemical processing of the steel mill gases, it was demonstrated that syngas could potentially be upgraded to the desired stoichiometric ratio and quality needed for methanol production, albeit at an enormous monetary cost.

In contrast, a natural gas-based DRI process already possesses a significantly smaller carbon footprint than blast furnace-based iron production, if operated as a stand-alone facility. The authors find that the DRI process could be employed to generate a syngas composition quite close to that required for methanol production. Coupling DRI and a methanol process could potentially reduce overall CO2 emission to levels below what is possible for both units stand-alone. At the same time, specific CO2 cost savings were found to be the lowest among those scenarios that allow for a deep, quantitative “decarbonisation” of steel manufacturing.

The effective reaction equation summarizing this decarbonisation scenario is as follows:

The energy required to fuel this reaction can be supplied in an environmentally friendly manner by firing the catalytic reformer unit conventionally (using natural gas). However, in the future, the combined process will become virtually CO2-free if fired by renewable energy.

Coupling two previously independent value chains could help to enable energetic synergies that were already latent in the past, but probably overlooked because energy efficiency and climate friendliness of industrial production were simply lacking in importance at that time.

This impressive techno-economic analysis covering the coupling of steel and chemicals production provides a viable path forward for the decarbonisation of the steel industry and the future achievement of carbon-neutral steel production.

Beyond steel in other industry sectors similar ideas have been developed for turning CO2 emissions into a valuable resource for a cascaded use of fossil carbon. In this context, the industry association CO2 Value Europe established recently aims to promote the industrial application of CCU technologies in Europe in order to help it reach its ambitious CO2 reduction targets and, at the same time, develop CO2 into a valuable raw material for a future carbon economy. This has to be as “circular” as possible different from today’s “linear” approach of taking fossil resources, making carbon-containing products and releasing CO2 as a waste into the atmosphere.

Written by:
Geoffrey A. Ozin1 and Roland Dittmeyer2