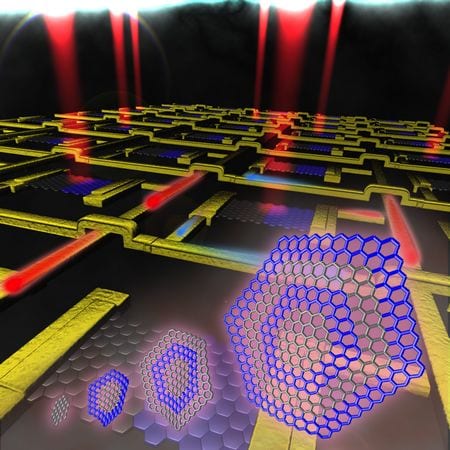 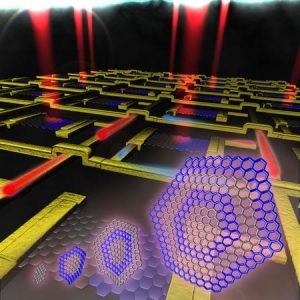 Researchers at Peking University have succeeded in establishing a scalable technique for the synthesis of high quality graphene p-n junctions, a technological advance that may support the creation of more efficient photo detectors, solar cells and night vision systems.

The project, which began in mid-2011, adds to a growing body of research on the characteristics of graphene, an extremely thin carbon framework that exhibits “extraordinary properties in electronics and optics” and shows promise as “the core material of next generation transistors,” according to Associate Professor Hailin Peng, who supervised the project.

Graduate students Kai Yan and Di Wu’s novel process enhances researchers’ efforts to create a batch of mosaic graphene, named for the distinct doping levels of its parts, in a more efficient and stable way.

The p-n junctions, which serve to make connections within mosaic graphene, are the thinnest in the world, increasing the speed and reducing the energy cost of devices that may one day use them.

“P-n junctions are the building blocks of most semiconductor electronic devices, including diodes, solar cells and LEDs,” said Hailin, whose group’s efforts were published in the December 2012 issue of Nature Communications.

In that paper, Modulation-doped growth of mosaic grapheme with single-crystalline p—n junctions for efficient photocurrent generation, the authors,including Professor Zhongfan Liu of Peking University, highlighted their research’s potential use in the efficient conversion of photoelectric energy.

“Arising from the improved doping, mosaic graphene would benefit not only graphene based photocurrent generationbut also fuel cells, lithium batteriesand even super capacitors,” according to the report.

Before such advances can take place, however, graphene itself would have to become commercially available.

The group’s most significant effort, according to Hailin, was to show that “the synthesis of graphene […] is scientifically feasible and applicable.”

The work was sponsored by the National Natural Science Foundation of China (NSFC) and the National Basic Research Program of China.